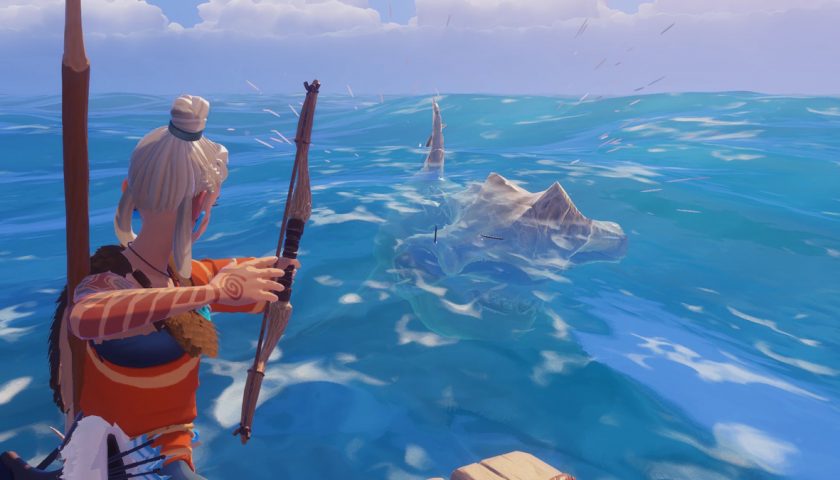 So the last few days have been filled with news on the Sony Playstation 5 reveal and what was included in that presentation, but the team at 5 Lives Studios dropped a bit of news of their own today with the announcement that their second title Windbound is now available for pre-order on Xbox One, Steam and the Epic Games Store in the lead up to its August 28 release date.  The game is also confirmed for Playstation 4, Nintendo Switch and Stadia with pre-orders opening for those platforms soon.

If you have not heard of Windbound it is an Australian developed game that takes the look and feel of Breath of the Wild and uses that to create a whole new world that players must explore and survive, crafting not only the weapons and tools that will ensure their survival but constructing boats to make the journey to new islands once there are no more resources.

Some people may look at it and make the claim that it is just a Breath of the Wild clone, and I can see how that description applies here.  Yet they say that imitation is the best form of flattery, and if the team at 5 Lives Studios, which is only comprised of 5 people, can pull off a game that looks this good and has me hooked just from the gameplay trailer alone, then to hell with the comparisons.

I am totally on board with this game and I cannot wait to get my hands on it and just explore and survive while learning about the history of the game world secrets of the storm that is drawing Kara in.  You know what, I’m not even going to try and convince you with my words.  Just watch the gameplay trailer and you will see for yourself that this game looks great.