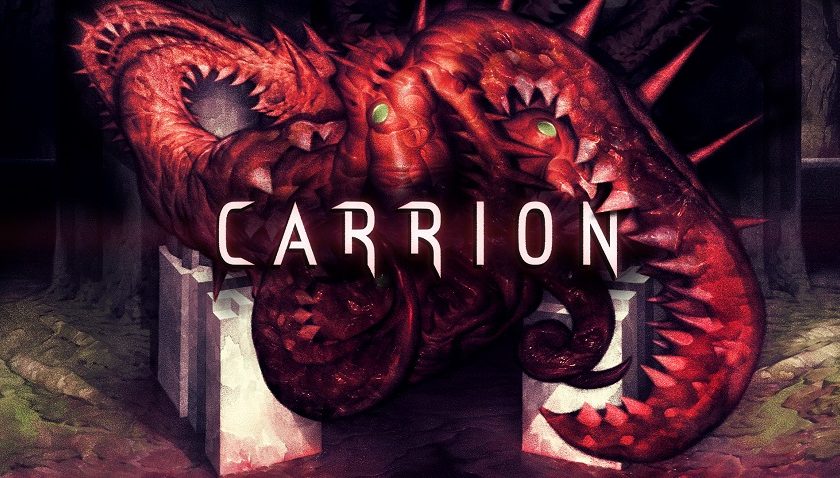 Carrion – From the Mind of a Monster

It started with a thumping beat that I hadn’t heard for a while. It felt familiar but also peculiar, and I struggled to remember if I always knew it was there, or if your insistence that it wasn’t, drove me to agree with you.

For so long you had classified me a monster, as decaying flesh that had slowly poisoned you, that I couldn’t remember a time that I didn’t feel like the carrion to your life. So while I knew that something felt different inside me, as soon as I felt that pulse I knew that no matter what I did next I would still be playing into your game.

At that moment, I knew that there was no action that would escape judgement and criticism, and I flitted between the agony of releasing myself from the trap, or the perpetual turmoil of captivity. Watching the people walking around me, I didn’t know how I would deal with either decision. I knew that my freedom would cost me, but I knew that inaction felt worse.

I could remain under your microscope, existing purely in your classifications and meticulous recordings, or I could listen to that pulse that reminded me that I was still alive.

I jerked. Once. Twice. Three times.

When the container was free, I knew the screams would come. I was the fiend in your narrative, and the story told of the terror that everyone would behold in my presence. At that moment I felt I had nothing to lose and only my life to gain, so I silenced the screams in the only instinctual way that I knew how. I felt shame in the desperate actions that I took to break free and the lives I harmed doing so, but it paled to the pit of dread in how I had lived my life to that point.

As I pushed those feelings into the depths of my soul, I thought that the gravity of my existence would burden me to the ground in consequences. I placed such high expectations on myself that I was not prepared for how my focus would propel me, and I marvelled in the fluidity of my movement. It felt simple to glide through pathways nimbly, sensing the cool jagged bricks and the harsh metal scaffolding under my touch.

It was freedom – the beauty of being able to extend my presence and reach, the lack of indecision as I broke down walls.

The initial release was so all-consuming, and I had no idea where I was going. I found the concept humorous – who the hell has a road map the minute that they break free? You don’t always have a plan – you run on instinct and the need to get away from the place that was never safe to begin with. I followed that instinct, and as I traversed I marvelled as the world gave me opportunities to remember how everything actually worked. Little puzzles and interactions that had seemed daunting for so long were not as difficult as I originally thought, and my feverish initial instinct melted away as I realised that I still retained the ability to reason, deduce, and function. While there were some moments of more pointed determination, it was more amazing to behold the delicate justice in opening doors that I thought would be firmly shut to me.

All of this felt right, but I was still panicking. It should not have been this easy. Why was it this effortless?

You told me that it wouldn’t be. You told me that my actions needed to be disciplined. You told everyone that I needed to behave and that you would help me with my monstrous affliction, but I had to put in all of the work to be the person that you expected me to be. The panic turned into moments when sepia memories flooded back to me – times where I felt that I had a life as normal as any other. I walked in the same skin, looked on the world with the same eyes, and felt that my contribution was just as valid as yours.

In remembering those times, I just wanted to crawl into a hole and die. I wanted to feel safe. I wanted to rebuild myself into that person that I was before. I can’t believe how much I lost in your containment, as people’s visions of me were twisted and turned into hate and you wove your tales of suffering for your personal attention. You put me on display and turned my life into a witchhunt. You wanted a world that meant that, whenever I entered a room, everyone would start shooting first and never ask a question.

You took my screams of panic, recorded them for your posterity, added them to your files, justified them as acts of terror and shared them around to support your tale.

You were an idiot, and that was your biggest mistake.

In the carrion’s cry, you mistook it as a call directed at you. Your turned it into fear and thought it would justifiably destroy me. You made sure that only the outcry would be heard and remembered in the context that you wanted – a symptom of some all-consuming rage. But when I broke free of you, and found myself screaming in fear of what would be next, I instead discovered that your records are incomplete.

I had never actually waited for the howl to end before.

If I had, I would have found a faint echo that was calling back to me, guiding me home. It was not rage after all – it was that person you had contained trying to help me remember who I was. In my cry, I was trying to return to my identity. And that is when I figured out I was never the beast that you told me that I was.

You may still be holding onto your ammunition. And in my exodus, all that you may see is the decimation that you want to see. All that you may be focusing on is perpetuating your story and maintaining your need to be the victim.

I turned off and walked away.

I saw that I carried on.