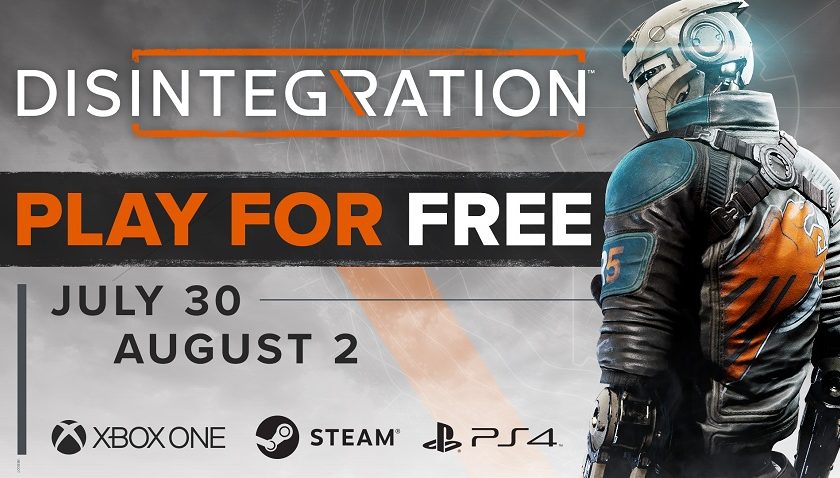 Disintegration Giving Everyone A Free Taste This Weekend

Interested in playing Disintegration but unsure if the combination of FPS and RTS gameplay is really for you? Well, good news people, as this weekend Disintegration is going free to play on PlayStation 4, Xbox One and PC. Unlike most free-to-play weekends though, V1 Interactive and Private Division aren’t restricting potential players to multiplayer mode. Instead, anyone can choose what they want to play. Want to experience the single-player campaign in its entirety? Done. Want to have a crack at PvP in one or all three of the multiplayer modes? Done. You can choose to play as much or a little of the different modes as you want.

Those jumping into the free weekend will also gain the benefits of the latest patch to the game, introducing fixes to the Gravcycles to make them feel fast and more responsive, improved UI and other improvements.

When reviewing Disintegration Jess found “There’s fun to be had here, particularly in the multiplayer modes, but there are also a bunch of elements that aim too high and fall short and left me wanting more from the whole experience.” Hopefully, the improvements made since launch have helped rectify some of the problems she found. If you want to read the full review you can do so here.