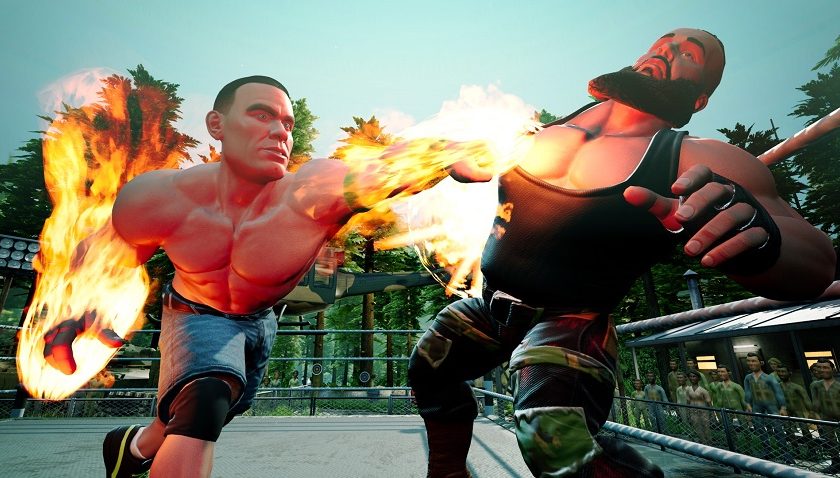 The Rock Says Its Time for Arcade Action With WWE Battlegrounds

Finally… The Rock has come back to video games. The Jabroni beating, pie eating, eyebrow-raising, trailblazing brahman bull is coming to a console near you.  The Rock will take you down to Know Your Role Boulevard, which is on the corner of Jabroni Drive, and check you directly into the Smackdown Hotel in this new video game.

Oh and don’t panic, WWE 2K21 isn’t back on. The Rock, along with all of your favourite WWE superstars from past and present (and a few of the ones you probably don’t like) are coming to the brand new spinoff franchise, WWE Battlegrounds, an arcade wrestling title from the people that revived the 2-on-2 arcade basketball scene with NBA Playgrounds, Saber Interactive.

In a press release today, Chris Snyder, Vice President of Marketing for 2K said: “We know WWE fans and gamers enjoy a wide variety of experiences, and with WWE 2K Battlegrounds, we’re presenting a whole new dimension through arcade-style gameplay that’s completely different than our WWE 2K simulation franchise. We look forward to seeing everyone tear it up with friends and family in the Battlegrounds.”

The game will include four modes, which includes a full career mode with 7 brand new wrestlers created for the game, a host of new and old stars like Becky Lynch, Stone Cold Steve Austin, Daniel Bryan, Yokuzna, Asuka, The Undertaker and 8 unique battlegrounds which will see these fighters swinging from helicopters, avoiding gators and smashing the opposition through cars. Frankly, I am glad to see another shot at the Arcade wrestling title. We haven’t seen one in what feels like an age and the wacky over-the-top nature of professional wrestling is perfectly suited for this sort of game.

WWE Battlegrounds is coming to the Xbox One, PS4, Switch and PC on the 18th of September and The Rocks says you can point your candy ass to the trailer below if you want to check out what the game is all about.