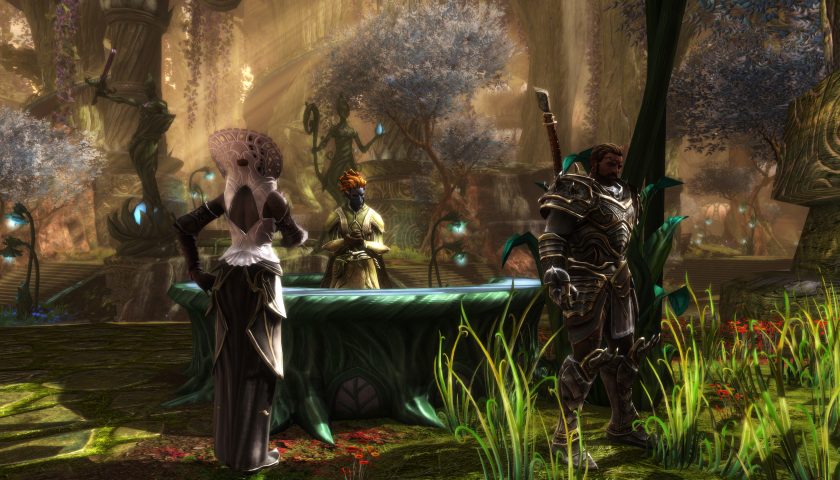 Time for a Second Date With The Kingdoms of Amalur

Because remastering games seems to be the thing to do recently, a game near and dear to Hewso’s heart is getting a fresh coat of paint as well.  Kingdoms of Amalur: Re-Reckoning sees the game getting a fresh coat of paint along with gameplay refinements and some all-new content.  The best part is that we don’t have to wait very long at all, with the game releasing on PC, PlayStation 4 and Xbox One September 8 this year.

Just in case you missed it the first time around (puts hand up), this is what the press release had to say:

Kingdoms of Amalur was created by bestselling author R.A. Salvatore, Spawn creator Todd McFarlane, and Elder Scrolls IV: Oblivion creator Ken Rolston. The game is best known for an unmatched level of player choice, including countless character customisation combinations, as well as a rich story filled with a myriad of side quests that layer romance, magic, whimsy and political intrigue into the player’s primary mission. Ultimately delivering hundreds of hours of gameplay, Kingdoms of Amalur: Re-Reckoning will take players from the vibrant city of Rathir through the vast region of Dalentarth to the grim dungeons of the Brigand Hall Caverns as they uncover the secrets of Amalur!

That is not all though.  Also announced today is the development of Fatesworn, a completely new expansion to the game that will be released sometime next year.  No other details have been provided yet, so all that we know is the name of the expansion.

If you want to have a look at the original version you can check out Hewso in the early part of the game in this Player 2 Plays.  While it is a game that had great potential and deep RPG mechanics, Hewso found that your character would become overpowered far too quickly, throwing out the end-game balance and removing all challenge.  Hopefully, this will be resolved in the ‘gameplay refinements’ mentioned in the press release.

Digital pre-orders for Kingdoms of Amalur: Re-Reckoning are now available, with the option to pre-order the Fate Edition which will include the new expansion to be released next year as well.