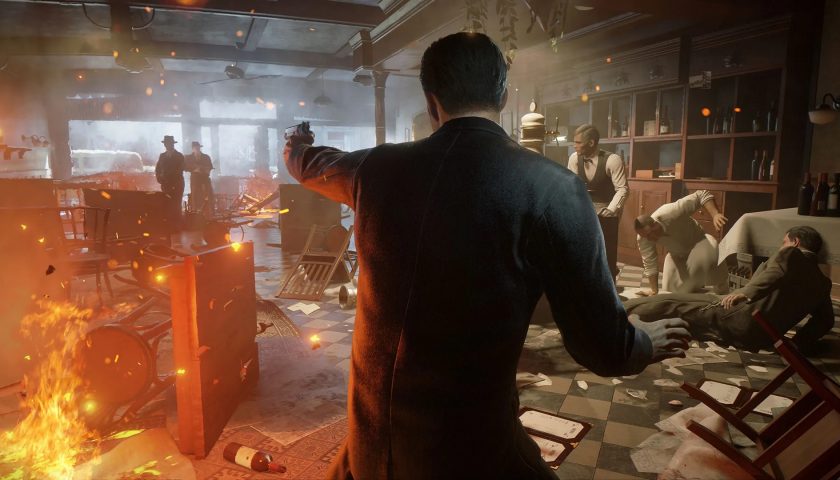 For all my love of Mafia 2 and respect for Mafia 3, I never actually got around to playing the original game. At the time it came out, my PC wasn’t up to scratch and it didn’t seem like something I wanted to play on consoles. So basically I missed the boat on the game that started it all. But it appears that someone over at 2K likes me, or at least people like me, because earlier in the year they announced a full remake of the original game for modern systems and thanks to 2K Australia, I have been playing a small part of it.

First things first, story. The reason I enjoy Mafia 2 and 3 is primarily for the story. They tap deep into my love for films like The Godfather, Casino and Goodfellas. As this is a preview, however, I purposefully skipped all the story and exposition. I don’t want the tale ruined for me before I get my hands on the full version. That being said, the cutscenes I did see looked great, with lots of detail and no sign that this was originally a game from the early 2000s. That graphical fidelity was carried through into the gameplay sections. It is clear the change to the new engine and the experience of fixing Mafia 3’s problems has paid off because there is no doubt that this is a good looking game.

Gameplay-wise, I was thoroughly impressed with how it all held together. Everything feels era-appropriate, which is something that not all games get right. Firearms feel a little loser, a little less accurate than modern shooters while cars all handle like a car from the 1930s would. I was particularly impressed with the weather and how it affected driving, with wet weather and heavy breaking sending the car into a spin and taking out any poor pedestrian that happened to be in the way.

I got to play through five chapters of the game, the first 4 and one set later in the game and that gave me a good idea of what to expect. The first four were pretty much as you would expect, an introduction to the mechanics of the game, but the final section I played was a blast. The mission started by heading out to the outskirts of the town to pick up a shipment of Canadian Whisky, but it quickly turned into a rapidly evolving gunfight with corrupt border police and a rival branch of the mob. It was a gripping set-piece and it was obvious why this section was chosen to show off the game to the press.

I have to say, after playing this small slice of the game I am excited to see more and complete my Mafia experience. It is obvious that there is a lot of care being taken with this ground-up remake to make it the best possible game for both newcomers and old fans. It is looking and sounding great and there appears to be a wide range of missions on offer. As with any preview that I enjoy, it has just made waiting for the September 25 release date that much harder. I am very excited to become a made man and I think you should be too.