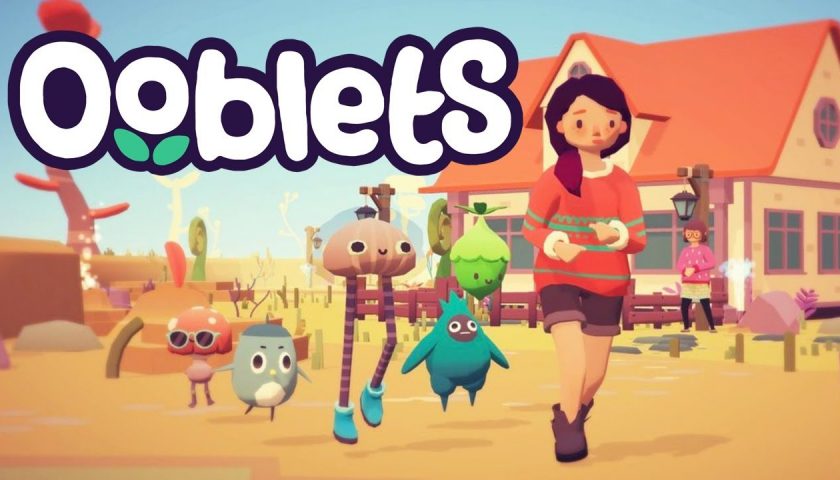 Like many others, if I was given the opportunity to just throw my whole life in the bin and escape to an island with nothing but the clothes on my back and the promise of making a bunch of cute creature friends, I’d probably consider it. Especially if I knew that the mayor would give me somewhere to live when I arrived, and my life would revolve around befriending townspeople and commanding dance battles that only required me to shuffle awkwardly through them from side to side. Who wouldn’t be into that? This is the life that ‘Ooblets’ offers – your character leaves responsibility behind and falls into a world where you can do things your own way at your own pace, and nobody’s in a hurry. The vibe of the whole thing is joyous and relaxing – the only question is around whether or not the vibe is enough to sustain you, when progress is limited. Thus is the curse of early access, and right now it might be the only thing standing in the way of greatness for this indie farming sim/creature-collection/card-battle hybrid.

From the moment you begin Ooblets, you’ll find yourself presented with some busywork but otherwise given freedom to explore the town and meet the residents at your leisure. Mayor Tinstle wants you to clean up the town a little and collect some resources, but you have people to meet, shops to discover, and a newly obtained farm to tidy up. If you want to make that farm into something other than a constant weed zone, however, you’ll need to use the same resources that the mayor and her constituents are asking for, and they can be in somewhat short supply. Thus begins the juggling act of the early game, and you’ll have to decide whether you initially want to prioritise farming or story progression. Unlocking some aspects of the game, like a community barn where tournaments are held, seems like an important step to take when there’s limited content available and you want to keep yourself interested, but at the same time, if you focus on unlocking too much you’ll soon run into a wall. Ultimately, that balancing act is up to you.

Not long after you arrive, you’re asked to choose one of the town’s clubs to join, and membership of one of these clubs comes with a new ooblet companion. Just like getting a starter Pokemon, obtaining this ooblet friend (mine is called a Tud and he’s a weird frog toadstool thing) will allow you to go out and challenge other ooblets to battles that may end with your team growing, albeit in a slightly different way. Wild ooblets roam around town in little gangs, and if you can entice them into accepting your challenge, the members of the gang will battle you. Through dance. Your ooblets, commanded through a turn-based card battle system, will groove their little butts off against the gang and attempt to accrue an allotted amount of points before their opponents. Different ooblets will come with different perks and moves in dance battles, and coming up with a strategy that works for you is half the fun. While you bop in your chair to the super catchy music, your character will spend the battle awkwardly shuffling from side to side, which to me was the most relatable display of dancing to ever come from a video game. If you then go on to win the dance battle, the enemy ooblet will offer to give you its seed (don’t think about it too hard), which you can then take back to your farm, plant, and grow a little ooblet child of your own. On one hand, it’s a nice system that means wild ooblets don’t get separated from their gang friends, but it also feels a little weird. Clearly not the weirdest thing that I’ve excused in a video game though, and honestly, Ooblets can get away with it.

Once you start building your team of ooblets, you’ll quickly end up exhausting your limit of ‘Follow Babies’ – ooblets that can follow you around and participate in battles. Thankfully, you can also have a handful of ‘Home Babies’, or ooblets that will just hang out on your farm and help do things like tend to crops, almost like the sprites in Harvest Moon or Story of Seasons. To increase the number of ‘Home Babies’ you can have, you’ll need to build structures for the ooblets to live in, so to catch and keep ‘em all you’ll need to put some work into your farm. If you enjoy existing in the world of Ooblets that might not seem like such a problem, and as more content is released to keep you busy while you build up resources, I imagine this will seem like a much more doable task.

Right now, your days in Ooblets will be spent gathering resources, battling a range of ooblets in the few areas that are unlocked, making friends with townspeople, and customising your character and home. New outfits, hair colours and hairstyles can be bought in town, and what starts off as a tiny selection quickly grows to a fun range of choices. Some of these choices, like an afro or a head scarf feel like things that should be available in initial character creation, but others are a little wackier and fun to experiment with. You can also buy furniture to make your tiny farm shack feel like a home, but the range available while the game’s in early access is a little small. There’s enough to make a start, but it’s clear there’s more coming. The same can be said for interactions with the townspeople. While some have their own unique personalities, the same lines will often be repeated across multiple NPCs, which takes away from the individuality. Most of the lines are funny and will make me laugh no matter who they’re coming from, but it would be good to see a little more variety.

Though it largely uses a combination of mechanics we’ve seen in other games, Ooblets has a unique sense of humour and utilises it to create a vibrant game world that’s fun to exist in. Many aspects of it border on absurd, like the residents with names like Rugnolia and Outgrid, and the ooblets themselves with species called Clickyclaws and Gloopylonglegs. The dialogue is relatable, if repetitive, and the colourful landscape and sound design create a soothing space to be in. But it’s hard to deny that Ooblets still needs a lot of work. There’s enough to keep you going for a little while, and certainly enough to show off Ooblets’ quirky and wholesome vibe. If you’re not looking for something with too much story progression, and you’re okay with not delving too deeply into the game’s mechanics, then I can recommend giving Ooblets a go now. But if you want to see a fully realised game – one which I think will be something special – it might be worth waiting until a little more content is released.