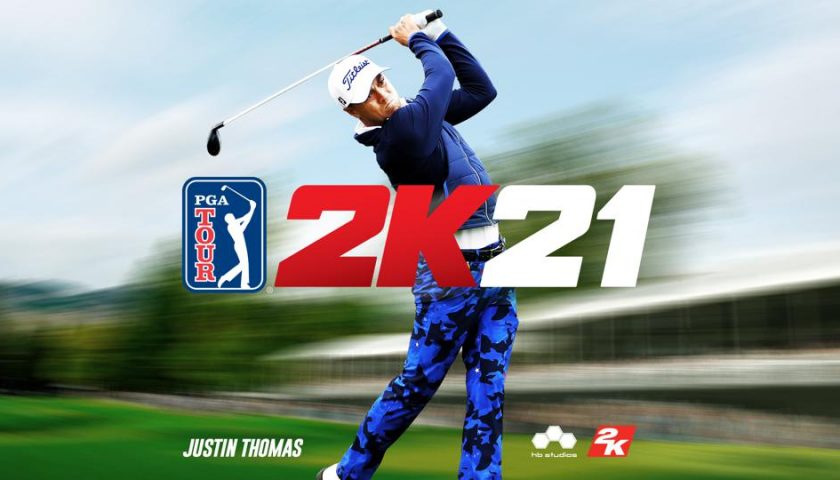 I have a very long history with golf games, I have been playing them for just about my entire gaming life. From simple top-down games on my old 286 to Arnold Palmer Golf on the Mega Drive, to Links 386 on the PC and finally the Tiger Woods series on console. I have pretty much always had a game of virtual golf in my frequently played list. In more recent times that spot has been taken by The Golf Club 1, 2 and 2019. Each of these games from small developer HB Studios improved significantly with each release and earned my love along the way. So when I got the opportunity to dive into the latest version of The Golf Club, I didn’t even hesitate.

The thing is though, it is no longer The Golf Club. After coming under the 2K brand, we now have PGA 2K21 instead. But fear not fellow fans of fairways and five irons, all of the things that made The Golf Club 2019 such a great game have returned and in most cases have been improved significantly thanks to the injection of money that came with the 2K branding. This is shaping up to be one hell of a round of golf.

Firstly, for those worried that the 2K VC curse would strike the sport of golf than fear not. In the preview build I was playing there was no sign of predatory VC. There was an in-game currency which was earned by levelling up and winning tournaments but nothing as money-hungry as it is in games like NBA 2K. I did discover, after a little digging, that it looks like you can use real money to buy this in-game currency but honestly, I can’t see why you would need too unless things change dramatically in the final build. With tournaments, rivalries, sponsor contracts and special events, there is a constant flow of both new gear and in-game money so there is no need to open your wallet. Further to this, most of the gear is purely cosmetic, with clubs being the only exception and even then they are balanced by pros and cons. For example, one set of clubs hits further, but is harder to control, while another gives you excellent recovery out of hazards at the cost of distance. It is more about finding a set of clubs that suit the player than simply buying the “best” set.

Gameplay will be familiar for anyone who has played a golf game in the last 15 years. Power and accuracy are determined by pulling back on the analogue stick (left or right, your choice) and pushing forward in a smooth motion. If you swing is too fast you will hook the ball, if your swing is too slow a slice is your reward. The same is true if your swing isn’t straight, with any deviation on a straight-up-and-down swing causing the ball to veer off track. This can be a tricky thing to master as mistakes are punished harshly, just like in the real sport. But fear not because there are a host of customisable difficulty options that you can tweak so you can enjoy the game no matter how good (or bad) you are.

The addition of the 2K branding has brought the full PGA tour into the mix and this is where a lot of people will be spending their time. The full PGA tour is represented here with players needing to win in the Q-school tournaments to secure their place in the PGA. Once in the big leagues, players will play a full PGA season, with the end goal of winning the Fed Ex Cup. It is a meaty mode that includes some great presentation aspects designed to give that TV feel to proceedings and help players feel like they are truly part of the action. I can’t wait to get my hands on the full version of the game and take my golfer to the heights of the sport.

One of the best features from the previous Golf Club games is the course designer is returning better than ever. This year players will get access to the same tools that the designers and programmers use to create courses. I took a quick look at it and I can assure you it is a powerful system, yet seems to be easy enough to get a grasp on. Players will also be able to import custom courses from The Golf Club 2019 so you can expect a huge selection of courses to be available shortly after launch. The Golf Club’s community is well known for their commitment and creativity in the course creator and I don’t expect that to change with PGA 2K21.

In all, I am coming away from this preview build with a smile on my face. The Golf Club games, while always representing golf well, felt like there were always compromises made because of a lack of budget. With PGA 2K21 that no longer feels like it is the case and that is exciting. Everywhere I looked in the game showed me a level of polish that wasn’t seen in previous titles and the addition of real-world players and tournaments is the icing on the cake. I know golf isn’t for everyone, but for those that are taken in by its unique allure, I suggest you strongly consider grabbing PGA 2K21 when it launches later this month because unless there is a major fumble between now and then, I feel confident in saying this will be the most complete golf experience in years.