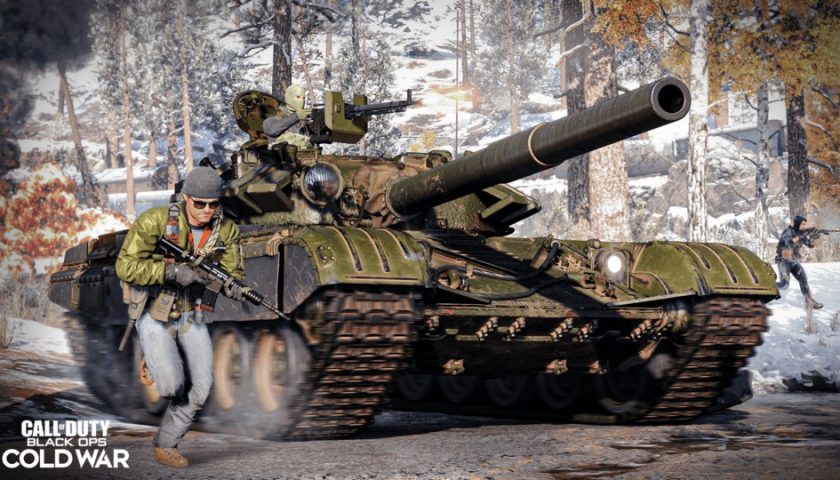 Multiplayer Details for the Latest Call of Duty Revealed

Activision has revealed details about the upcoming Call of Duty: Black Ops Cold War multiplayer, in a reveal trailer and straight-up press release. This is normal, you might think, this is how most announcements happen. But last month, the company was drip-feeding information through a multi-day alternate reality game that asked players to do some old-fashioned code breaking in order to discover links between the upcoming COD title and the current latest instalment, Call of Duty: Warzone. This was following previous leaks about Cold War’s theme before it’s official reveal, meaning up until now a lot of the info about what I am now affectionately calling BLOPS CW was speculation and shrouded with intrigue. Obviously that only made it seem enigmatic and therefore exciting, but now we have some hard facts – about the multiplayer at least. An open beta will launch on October 8 for those who have early access pre-orders on PS4, where you’ll be able to try out some of the new content for yourself, but Activision has announced a few of the bigger features ahead of time.

In BLOPS CW, players will choose from a selection of ‘Operators’, each with their own set of skills and “classified past” (so mysterious) that will tie into the larger narrative of the game. An overarching plot will span across both the single-player campaign and the multiplayer modes, with the latter taking place several years after the events of the former. We love a cohesive game world. Once you’ve set up your Operator, you’ll be thrown into a variety of “deniable operations”, or battles that “never happened”, all very in-keeping with the secretive Cold War theme. These operations will take place all over the world, in maps ranging from the classic three-lane map design we’re used to seeing from Call of Duty to larger-scale maps and wide-open combat spaces. Things are primed for some explosions and vehicle combat to be matched with the usual infantry combat.

Plenty of popular 6v6 modes will be returning for multiplayer in BLOPS CW, including Team Deathmatch, Domination, Hardpoint, Free-for-All, Kill Confirmed, Search & Destroy, and Combat, an old favourite from Black Ops 4 that will be making its way back into the roster. These will be available alongside some newcomers, including “VIP Escort”, which tasks two teams with the job of either protecting or eliminating a “VIP” player, while equipped with only a pistol, smoke grenade, and a Spy Plane for that classic reconnaissance work. You can choose to work together with your team and be ready to revive downed teammates or spread out to cover more of the map, but the important thing will be getting that VIP to safety. For those looking for something a little bigger, there’s the newly announced Combined Arms mode, which takes the deniable operations mechanic of the main game to a larger scale. If you have a small team together, you might also be interested in “Fireteam”, which gives ten teams of four at a time the opportunity to face off in large scale maps to complete objectives using a combination of vehicle and infantry combat. The first of these Fireteam modes will be called “Dirty Bomb”, and more information about it will be available during the open beta.

In a bit of a gameplay switch-up, the Pick-10 model for loadout will be replaced by a new model – Create-a-Class, which is a slot-based system that will allow players to choose a primary, secondary, tactical, lethal, Wildcard and a full set of Perks (including the returning Ninja Perk from the original Black Ops) in every loadout. They’ll also be able to choose from a variety of Field Upgrades, including Cold War-era support gadgets like the SAM Turret, Jammer, and Proximity Mine.

BLOPS CW will also allow for next-gen, cross-gen and cross-play compatibility, making it easier than ever for players to team up and play with their friends (or friendly rivals, or not so friendly rivals). There’ll also be a heap of content available for all who purchase the game, with all multiplayer maps and modes available for free to all players, meaning nobody will be left locked out of content.

The game will feature a “unified progression journey” shared with Call of Duty: Warzone, so if you’re a fan of crossovers, this might be an exciting time for you. The two will share some added inventory items, as well as some post-launch narrative content that ties the two together.

For more information about what’s been added, including tech specifications, you can check out Activision’s full announcement post on their blog here, as well more information about cross-play and their plans for the Battle Pass here. The full game will launch on November 13, but the open beta for early-access pre-orders kicks off on October 8, if you can’t wait. You can check out the announcement video here that shows some of the gameplay you can expect, or the Multiplayer trailer for the game itself here.