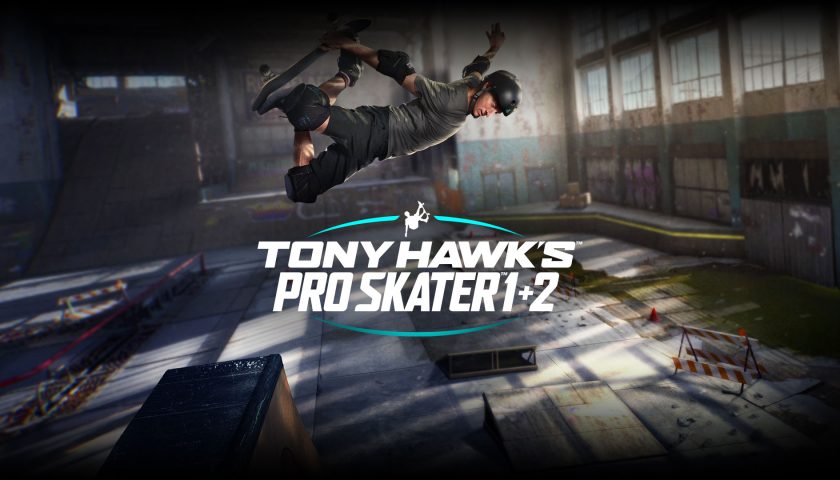 didn’t realise how challenging it would be to write this review when I got my copy of Tony Hawk’s Pro Skater 1+2, the remaster of the first two entries in what became an iconic franchise that took the world of gaming by storm.  Unlike the remake of Final Fantasy VII, which includes tonnes of new content the developers would have liked to include but couldn’t, the THPS Remaster is a recreation that is, for the most part, faithful to the originals it is derived from, the major exception being the updated graphics and visuals that make the new version of the games look truly stunning.  I suppose that the best way to look at a game like this is to ask yourself “does this game hold up to the ideals of what I remember the original as?”

The answer to that question is a resounding yes.

As soon as I fired up the Warehouse level from the original THPS, Superman by Goldfinger pumping through my headset, it all came rushing back to me.  Once again I was the master skateboarder, nailing grinds and soaring through the air catching floating letters and VHS tapes.  Except I wasn’t a master skateboarder.  After however many years it has been since the last Tony Hawk skateboarding game was released ( the last one I played was Underground 2) I was a barely competent noob who felt like he was back trying to learn again for the first time, and I loved it.  While there are some aspects of the THPS games that all players will easily remember, like just where that secret tape is in the Warehouse, unlike some remasters and remakes of games there is no way to game the system to give yourself an advantage.  The only option you have is to push yourself to be better and skate harder, making your way through the game because of your skill, not because you know what is coming.

My god does it look good too.  While it may not be a graphical standout compared to games made today, when you compare it to the original games from 20 years ago, the maps all look fantastic.  The buildings now have facades that make them look like buildings rather than big brown blocks, puddles have reflections and the whole game just looks so much prettier overall.   The enhanced power also allows for players to see much further than was originally possible on the originals, allowing players to fly above the rooftops in Downtown and still see the map sprawled out below you.

The original skaters have all been updated to resemble their current looks but for those who may be experiencing the Tony Hawk franchise for the first time, there is a new crop of pro skaters ready to go, including the heir to the birdman himself, Riley Hawk.  While Elissa Steamer was the only female pro in the original THPS, she is now joined by other female pro’s shredding and dominating the skateboarding scene.  With all the talk of the graphical overhaul and the look of the characters, it would be unfair to say that there have not been some quality of life improvements made, with techniques that were introduced in later games, such as manuals and reverts, made available to players in both games to help players extend their combos further than originally possible.

In what I think is one of the best changes made to the game, what was once known as the ‘Mute’ grab has been changed to honour the man that created the trick.  For those who were unaware, the ‘Mute’ grab was created in 1981 by a skater named Chris Weddle, who was deaf but not actually mute.  While it has taken 40 years, the trick was renamed after Tony Hawk reached out to Weddle and asked him what he would have liked the trick to be called.  While I am sure there will be some people who will throw shade at Tony and the developers for this, it is a change that I for one applaud.

Where the THPS remaster will hold more longevity over the original is the upgraded ability of people to download other peoples creations made through the create-a-park mode.  With a committed community creating new areas to skate and new lines to find the game will be able to continue on long after release, and the potential for more official levels as future DLC would be too good of an opportunity to pass up.  Then again, with the reception that THPS 1+2 received I for one would not be surprised if we see a remaster of THPS 3+4.

It is rare that a remake of a game you once loved that leaves you feeling like the game was just as good as you remember it being.  Tony Hawk’s Pro Skater 1+2 is a game that nails the feeling of the original while bringing the updated visuals that bring THPS more into line with today’s video games.  While there have been games that endeavour to simulate the complexities of nailing tricks on a skateboard, the THPS series is about physics-defying, single-button tricks that make you feel like you are a pro.  The series is all about having fun and while some of the challenges could result in the odd broken controller, THPS 1+2 is a game that you can jump into and enjoy, whether it is for half an hour or an extended play session.