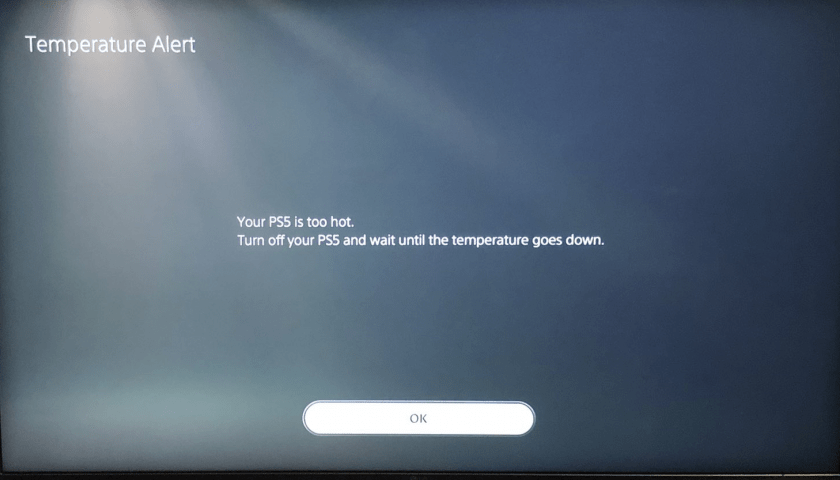 Overheating issues plagued the PS4, and thanks to commentary about consoles sounding like jet engines, Sony put an increased emphasis on cooling in their newly launched hardware. Unfortunately though, the first signs of PS5 overheating issues are beginning to emerge. One of our great friends of Player2, Ryan Betson of The PopCulturists has recently found that his PS5 is encountering overheating issues that seem related to the PS5’s rest mode functionality.

Looks like my #PS5 keeps having heating problems when I try to play after keeping it in Rest Mode.

Expanding on the issue in a comment he made to Player2, Betson explained “over the last two days… I boot it up from rest mode, it plays, but it will get too hot and says hey, your PS5 is getting a bit hot, but if I put a fan in front of it, it kinda goes alright. Yesterday though, from a complete shutdown, it played absolutely fine… Miles Morales is what I’d been playing, it lasted ten minutes before it cracked it”

Though not always the same issue, rest mode is appearing to be a common element of issues that people are having with their systems. Giantbomb’s Jeff Gerstmann reported issues he had stemming from rest mode, Reddit threads are filling with similar complaints from players, and even in my own experience, coming in and out of rest mode multiple times over an hour (I have young children so I get interrupted fairly often) has led to navigation of the main console dashboard becoming incredibly slow, and in some cases, just ignoring controller inputs, and also trophies that should have popped in Spider-Man: Miles Morales, not being recognised when they should have.

In recent days, the PS5 did receive its first firmware update that while no specific details were offered, was designed to “improve system performance” and off the back of the aforementioned stories, you have to imagine that rest mode issues were chief among the addressed issues. Overheating concerns though, such as Ryan’s are an even greater issue than trophies that don’t register or the occasional crash. Let us hope that these are purely indicative of early-adopter issues, and are all things that PlayStation can iron out with a few further firmware updates. Our advice for PS5 owners for now is, play it safe with your consoles, hard shut-down your system, and hopefully if there is a larger issue at play here, it’ll be resolved nice and soon.