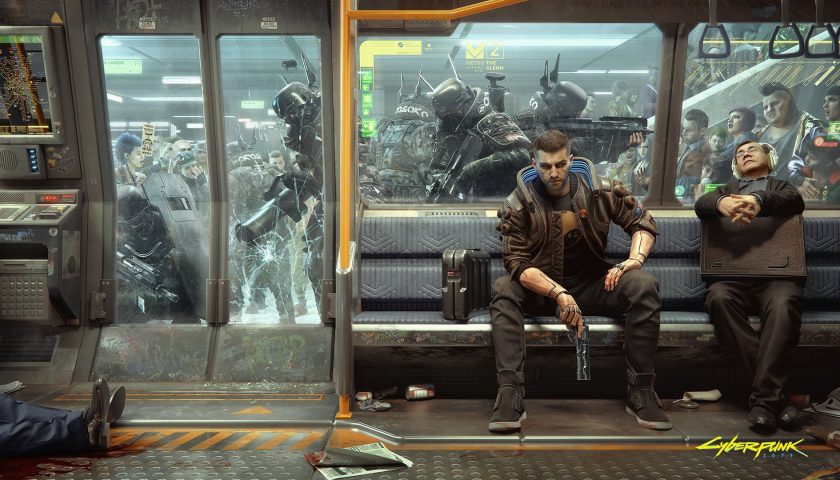 May 2012, Cyberpunk 2077 is announced, flash-forward 8 months later to January 2013 and the debut teaser trailer is revealed. The journey to December 10th’s launch of the hotly anticipated Cyberpunk 2077 has been a torrid one, rife with delays, controversies, and an ever-growing hype train that continues to build up steam, from the origin in January 2013 onwards.

Many argue that Cyberpunk 2077 was a game revealed to the world too soon, what with CD Projekt Red’s The Witcher III: Wild Hunt deep in development ahead of its own 2015 launch, making that decision is one of the more fascinating made by the CDPR. Once E3 2018 arrived though and the game was devoured by watching throngs of media and influencers, that’s when the hype levels began to amplify, hitting breathtaking (yep, you picked the reference) levels when that same demo was made public a couple of months later at Gamescom. At this point, with some CD Projekt and Keanu Reeves magic, the world stopped to take notice. This game, whenever it launched, was going to be a colossus; it would suck the oxygen out of whatever month/quarter it launched in and gamers and media alike would need to buckle in for the ride to come.

The issue is, a few things haven’t gone to plan in the years since that phenomenal showing. E3 2019 was another high point, but then the delays started to emerge. The April 16, 2020 release date revealed at E3 became September 17th, which then slid to November 19th, before finally landing on December 10th. In the meantime, despite the world seemingly crumbling in every other way in 2020, gaming thrived and saw what is arguably one of its best years ever. Console sales exploded, the next generation was revealed and released just a couple of weeks ago, and the games line-up across all platforms is perhaps the best we’ve ever seen, led by the likes of The Last of Us Part II, Final Fantasy VII Remake, Half-Life Alyx, Animal Crossing and more. New sensations in the form of Fall Guys and Among Us have themselves soaked up copious numbers of hours too, and all the while Cyberpunk has fallen further, and further behind.

You have to feel for the good folk at CD Projekt Red, there have been social media faux pas, horrendous stories of crunch at the studio, and a level of external pressure that few games or developers will ever be fortunate/unfortunate enough to experience. Cyberpunk 2077 is going to launch in just a few days but the question is rapidly becoming… at what cost?

The aforementioned social media blunders, extended crunch periods, and extra working days loom over the game like a horrible shadow, but what is being discussed more and more as we approach the finish line is the final state of the game. We’re days from launch and countless journalists, publications, and influencers around the world, big and small, still await their console review codes (PC codes have been made available and reviews are surfacing), something widely considered to not be a good sign ahead of major AAA releases. Stories are bubbling up to the surface about bugs and issues pertaining to the PS4 and Xbox One versions of the game, and the fact that their next-gen upgrades won’t be arriving until a ‘to be determined’ time in 2021. Things are getting ugly for the game in some areas, and there are only so many holes that can be covered up by a flashing “Night City Wire” presentation. The question that a growing number of people (myself included) are asking is a simple one: Did we need the game in 2020? Has a desperation to launch come at the expense of a level of polish that CD Projekt Red would be happy to put their name to? Has it come at the expense of its own employees? Many of these questions are only days from being answered, but the ramifications, if the game technically isn’t up to a suitable standard, could be significant for the studio, and consumer faith in them.

Like many of you reading this, I’m incredibly excited for the title and have full faith in CDPR’s ability to put forth a powerfully engaging narrative with an engaging cast and a city teeming with personality, gameplay depth of choice beyond belief. The potential problem resides with the final level of polish, and again, given everything the studio has been through, the need to release the game this late in 2020. Looking at it purely as a consumer, and not being at all privy to the companies financials, I can’t understand how a decision to launch in February/March (for example) in 2021 wasn’t considered a brilliant strategic move. There will be a portion, maybe a very small portion, but a portion none-the-less, of the audience who have just poured every last dollar they can muster – in a very trying year – into a new PlayStation 5 or Xbox Series X|S, a few games for their new system, and with the holiday period looming, have nothing more to give. Alternately, if Cyberpunk were to have simply moved from September to February/March in the first place, they would’ve had the quarter largely to themselves. 2021 isn’t exactly starting in a big way for the games industry with everyone having just recently fired their end of generation shot. Now it launches in an incredibly congested period where yes, it may still be the top dog, but its impact has most certainly diminished.

It may have made the long wait, a little longer still, but I can’t help but feel like it would have been worth it.