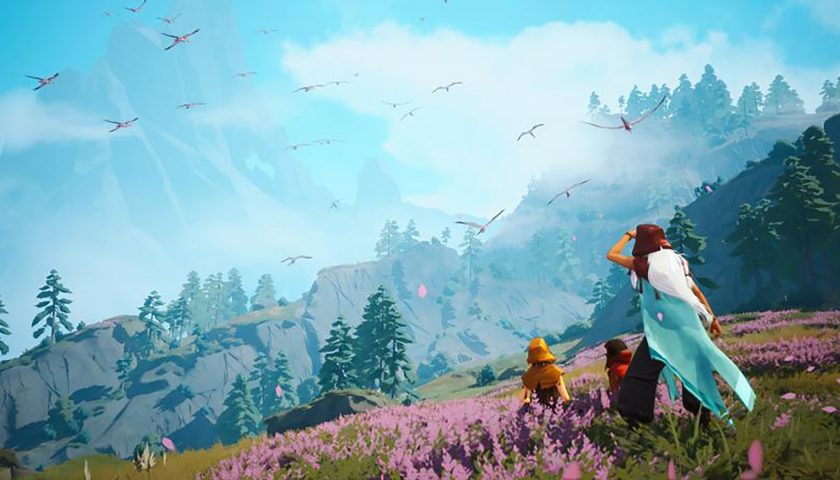 It is that time of year once again. Time for our Editor Matt to gaze into the future and come up with the most anticipated games of 2021. As always he tries to restrict it to games that have a legitimate chance of being released this year and have been already announced. Now we are looking at the big Action/Adventure games coming this year.

The Most Anticipated Action/Adventure Games for 2021

When Guerrilla Games first launched Horizon: Zero Dawn they caught many by surprise. After all, they had made their name with the solid, but hardly spectacular, Killzone franchise. But with Aloy’s first appearance they absolutely nailed it, creating a wonderful world of interesting lore, exciting action and some of the best enemy design seen in the PS4 generation. So to say that people are excited for the sequel, Forbidden West, well that would be an understatement. No firm date has been given, but I feel like this one could fall in the May release period if we are lucky.

Agent 47 is back again, finishing off the rebooted trilogy of games in style. IO Interactive have essentially created their own genre with the Hitman games, they really play like no other franchise out there. With Hitman III, IO is promising a range of new systems and new, complicated and convoluted ways to kill targets. There is also going to be a VR mode for the first time. We don’t have very long to wait for this one either, with Hitman III coming on the 20th of January.

A new Batman game that doesn’t feature Batman? That’s the Gotham Knights pitch. Instead of the caped crusader, we will be playing as his various different sidekicks, Nightwing, Red Hood, Batgirl and Robin, who are trying to replace Batman after his apparent death. It looks to be more of an Action RPG than the Arkham games, of which this isn’t an entry, so hopefully, it does enough to set its self apart. This one will be coming late in the year, but I have the feeling it has a chance for a delay.

I really feel for the developers of this one. Just as they were about to reveal it to the world, Harry Potter creator J K Rowling doubles down on her trans hate rhetoric, sucking all hype for Harry Potter out of the room. But putting that aside, the game sounds like it could be a cracker. An RPG where you take a student through the trials and tribulations of Hogwarts, I mean the game almost writes itself. Let’s just hope JK can keep her yap shut and not do any more damage to this potentially great title.

Rare’s latest is looking more and more special every time it is shown off. Promising a fantastical adventure in amazing locations, Everwild seems to be more proof that Rare is back on track. What we have seen of the game so far is undoubtedly stunning. Apart from the trailers though there is very little to judge what the gameplay is going to involve but there is no doubt that this sort of game is something the Xbox community has been missing for quite some time. Isn’t it nice to be excited for a Rare game again? Expect this one in the back part of the year, with a chance of slipping into early 2022.

Kena is a title that is giving off a similar vibe to Everwild, but luckily we will be able to play it much sooner. Coming to the Playstation, Kena seems to be a mix of adventuring, action and even some Pikmin style elements with Kena controlling “spirits” to help her achieve tasks. Add to this the fact the game looks stunning and frankly it can be easy to see this one doing really well. Kena is coming to PC and PS5 in March so we don’t have too long to wait to check it out.