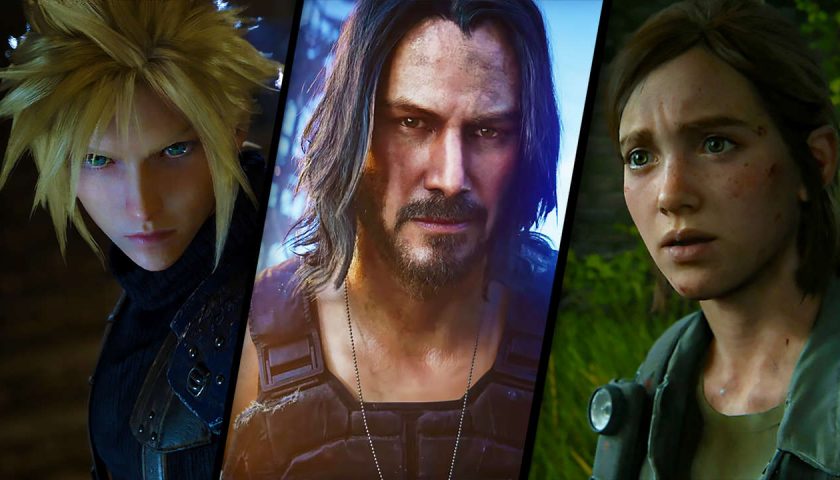 What a year in gaming 2020 was! The Player 2 Fantasy Draft for 2020 has been run and won, and before we cast an eye to the 2021 edition, let’s look back upon the results from the 2020 draft. This year, a global pandemic had it’s way with the gaming calendar with delays aplenty, nobody was spared. That said, we again have a clear winner. Join us as we reveal who it was.

I am blaming Covid. I got off to a flyer with Doom and Ori but then the Covid curse hit and all of my remaining games were delayed. I still maintain they were good picks, just not for 2020 and I wish whoever gets them in 2021 the best of luck. Now, As for the winner, look is this year really a year to be crowing about. It was a bit of a Stephen Bradbury situation, with whoever was left standing coming out on top. Paul can have his victory but it will be forever tarnished in the eyes of gamers everywhere…

How could I possibly sum up my results in the 2020 draft? The entire year was a crap fest for so many areas and my final score echo’s this statement in so many ways. There was one game where I felt I had a slam dunk, Cyberpunk 2077, and we all saw how that ended up. On the other hand, no one could have predicted the effects a pandemic would have on games release dates, so instead of getting flustered and bummed out, I must tip my hat to the big winner Paul! Well done for two years in a row buddy!

Ahh 2020, What a year.. Well I did better than last year right? Only two no shows, which considering I picked Demon’s Souls Remake is a miracle! You all thought me mad for picking FF7R, and while you may have been right to mock me the past two years, this year was certainly my year at least in terms of FF7R being released. Corruption 2029 really let me down this year however. I really thought based on my love of Xcom 2 style games and the strength of the previous game released by the developer (Mutant Year Zero) I had really high hopes. Sadly the complete lack of customisation and any real storyline let what is tactically, a solid game. Also Dark Alliance? Hello? Anyone? Buller…. It doesn’t even have a release date now apart from a vague “2021”. Same goes for you Elden Ring! But the jewel in the cursed crown that was my picks was my precious Demon’s Souls Remake. What a job Bluepoint did. My goodness what a masterful recreation of what some might consider a flawed game. Ummbassaa.

With the garbage fire year that was 2020, it’s no surprise the Player 2 Video Game Draft was a hellish apocalyptic landscape ruled by Paul “Immortan” James, one of only three participants who actually had a full roster of chosen titles see the light of day. Once an annoying niggle, games slipping release has become a serious problem for draft picks over the years and will certainly shape my strategy going into 2021 – a 75 or less still beats an unreleased title, no matter how stellar it looks. With only three of my picks making it to Metacritic, it’s hard to point the finger at any one title being responsible for my downfall; if I have to blame someone, it might as well be Minecraft Dungeons at 78 and Capcom for hacking so much out of RE3 and thus making it pale in comparison to RE2.

That said, I stand by my choices and it will certainly be interesting to revisit the 2020 draft picks once they have all (finally) launched and see who the real winner ends up being – enjoy your trophy while it lasts, Paul! Speaking of scores, I can only shake my head in disbelief that the highest scoring game, Persona 5 Royal, landed with a 95 despite being an already bloated JRPG praised because it added more content. With only 7 out of 40 entries
achieving a 90+ score, it’s getting increasingly harder to rely on such titles, especially since they never tend to make it past the first few draft pick rounds. A few low to mid 80’s to round out one or two big hitters seems enough to secure the win these days, so expect an interesting 2021 which will combine developing draft strategies amongst the crew with a new generation of consoles.

As part of the finalisation of the 2020 Player 2 Draft – a year prevalent with delays, uncertainty and fragility for our favourite publishers – I was asked to provide a brief paragraph on my “positioning” in the 2020 draft.

I can only describe my position as “flung unceremoniously over a bar stool in utter disbelief.”

2020 saw me choose games that I personally championed during the pandemic – Animal Crossing saw unprecedented change and connection during a time of social crisis, and Hades heralded significant mainstream recognition for our independent publishers, how companies can back their work and respect their employees at a time that the industry is becoming understandably critical of harmful work practices.

Yakuza: Like A Dragon personified this idealism and potential for growth in Ichiban Kasuga – a lowly Yakuza who found a way to function in a landscape of “reality checks”, keeping his own personal morality uncompromised. It is a mandate that we all struggled with in 2020, but hope to correct in 2021.

Sure, a Naughty Dog game won Paul the crown. But I was the spiritual winner of the Player 2 Draft for 2020 and no one will take that away from me.

I should have picked Doom Eternal. Would it have changed my ranking? No. But it would have made me feel better about my choices. I’ve been regretting that decision since it came out in March, after I took a gamble and picked Psychonauts 2 instead. Which didn’t come out. And had I picked Doom, maybe I wouldn’t have picked the Avengers game that ended up doing horribly, and everything could have worked out. What if, what if, what if. But hey – first time in it, third place is pretty damn good for someone that knows nothing about sports or drafts or how these things work. And I guess I learned some tips for next time – like when the sequel to a very successful franchise is up for grabs and you have no reason to believe it won’t be great, you go for it, and you don’t take weird risks.

Overall I cannot really complain about my results in the 2020 draft.  In a year where the whole industry saw a complete upheaval, with developers forced to finish games while working from home, my four main games all released in their original windows in 2020.  Unfortunately, while all but my wild card were released, the scores were not as good as I had hoped, with only Spelunky 2 breaking the 90 point barrier.  Thus Mr Paul James managed to take the title for 2020 by a measly 4 points.  A lesser man would demand a recount, alleging a conspiracy that involved rigging the scores or at the very least some creative accounting.  Fortunately, I am not a deranged mandarin in a bad toupe, so all I will say is watch out James, 2021 will be my year.

Proving that 2019 wasn’t a fluke, I’ve won the title again (I think it’s time we had a physical trophy, I’ll retroactively give myself two of them!), but the competition was certainly more fierce this year, especially with the COVID-factor layered on top. It seems obvious now a few months into 2021 that Breath of the Wild 2 wasn’t ever going to arrive in 2020, but imagine if it did?! I would’ve won by even more!

I’m staring down the barrel of a threepeat, but everyone has a big target on my back. Winning again will put me in a godly tier… and I reckon I can take them all down again!