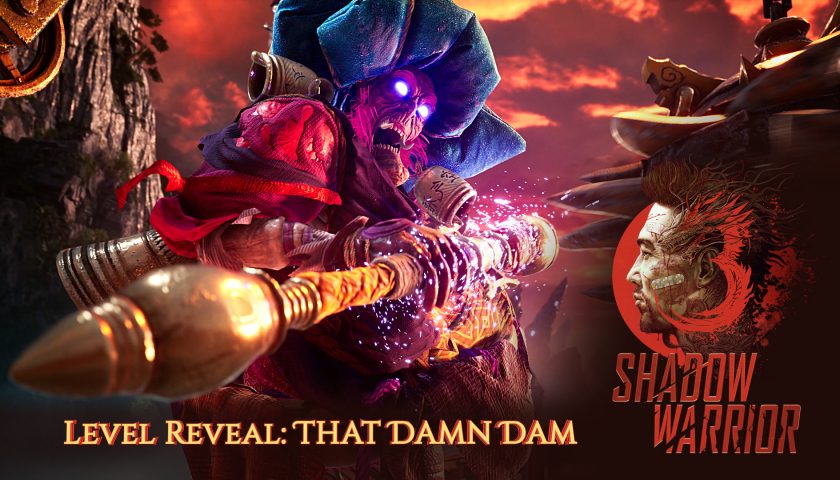 Master of the blade and the double entendre, Lo Wang is coming back this year for another adventure in Shadow Warrior 3. Twitch shooter fans like myself are eagerly awaiting this title as it sees a return to the more crafted experience of Shadow Warrior 1 as opposed to the more Borderlands-like experience of the sequel. To show off this direction, Flying Wild Hog has released two new gameplay videos that should have fans pumped for the game’s release later in the year.

The first video is set in a level called “That Damn Dam” and it features a frenetic journey to the top of the titular dam where Lo Wang does battle with the Seeking Shokera, a flying enemy from which the Seeking Eye, a new Gore Weapon, can be torn and turned against multiple enemies! Finally, The Damn Dam features further environmental carnage with The Wrecking Ball – a skyscraper-sized tower with which Lo Wang can wipe out scores of enemies using expert timing and a giant spiked ball-and-chain.

The second video is based during a mission called “Doomsday Device” featuring a look at the new mountainside level, the Gassy Obariyon enemy, and the new Gore Weapon you can rip from the Obariyon and use for a limited time – the Double Trouble minigun. The video also highlights a key feature of Shadow Warrior 3 – the use of environmental traps that can be activated with precise timing to obliterate groups of enemies in their path.

Honestly, every time I see this game I am more excited and I am sure all fans of twitch FPS gameplay are going to be well served when Shadow Warrior 3 releases later this year.