Scarlet Nexus – The Weird and Wonderful of New Himuka

Scarlet Nexus – The Weird and Wonderful of New Himuka

I am not going to lie to you, Scarlet Nexus has a lot of weird shit going on throughout its storyline.  I have been spending some time with the new action RPG from Bandai Namco, taking control of one of the main characters to take out hundreds of Others, facing down an insurrection that pitted me against my fellow soldiers of the Other Suppression Force and the government.  Fortunately, I was surrounded by friends that not only supported me through these trying times but combined their powers with mine to turn me into an agent of death that churned through Others like a hot knife through butter.

So what are these Others I speak of?  Well, they are mutated creatures that exist to eat human brains raining down from the sky due to an anomaly called the Extinction Belt.  There are a lot of different things going on in Scarlet Nexus and trying to explain anything in any real detail will end up taking us into spoiler territory.  What I will say is Scarlet Nexus is a game that drew me into its high tech anime world, to the point where I am geared up for a second playthrough.  Choosing between characters and the difference in their playstyle is not uncommon, however, the choice between Yuito and Kassane offers a little more than the norm. They each experience their own journey with their squad to back them up, only interacting at certain points in the narrative and joining together for the games final act.  I must admit I have not played through both storylines yet as unfortunately, work and dad life combine to restrict the amount of time I can spend on a game on any one day, however after the twenty hours spent with Yuito I have no hesitation in jumping into the Kassane storyline.

As you progress through the story you are presented with some cutscenes, but that majority of exposition is presented in the style of an animated graphic novel, with still shots surrounded by portraits of whoever is speaking at the time.  At least using this instead of a traditional cutscene allows players to skip through dialogue more quickly as they are reading the subtitles, though with the development of an anime tie-in series I am a little bit surprised that this was the method of storytelling the developers chose to go with.

This graphic novel style of storytelling is also how the interactions with squadmates are presented.  These ‘Bond Stories’ allow you to build up your relationship with your squad, enabling greater access to their powers and abilities in combat.  You can also purchase gifts that will assist in building up the bond levels, and fortunately, the game gives you a nice little pictograph of which present is for who and whether they will love it or just accept it while slowly backing away.  The funniest/weirdest thing about these Bond Stories is that they can happen with soldiers from the opposing side of the conflict.  I understand its purpose in building the bond level for the inevitable big group merge later in the game but it just seems a bit strange.  “Oh you just killed a high ranking member of the government and our teams tried to kill each other but you wanna go out for shawarma?  Sure, let’s go.  We can have a friendly chat and pretend I didn’t try to run you through with my sword yesterday.”

Where Scarlet Nexus shines is in the implementation of its combat system.  Rather than just using your blades to hack and slash your way through the world you also possess the power of psychokinesis, allowing you to throw various objects at your opponents.  Only by utilising your melee attacks will you be able to build up your psychokinesis meter, forcing the player to get in the habit of mixing up combat with both of the different styles of attack.  As you progress through the story and are joined by other soldiers you can borrow their powers to bolster your attacks. This lets you play with pyrokinesis, use teleportation to get in close to enemies or pinch some clairvoyance to see through shrouding effects that obscure the vision.  As you become more proficient with the use of the powers and the situations in which they are the most effective you will find yourself switching through them instinctively, though when you get that merge of the two different squads late in the game and effectively double the number of powers you have access to it does take a while to adjust and learn the best use for these new powers in a short amount of time.

There were only two things that bugged me when playing through Scarlet Nexus.  The first was the implementation of the items.  With the number of enemies and the speed at which combat takes place, you need to be moving around constantly, so having to take your thumb off the left thumbstick to cycle through items on the D-pad and use them.  I often found myself disregarding a lot of the usable items except for the health items so I would not have to cycle through in the middle of combat.

The second issue is the way the levels are laid out at the back end of the game.  Generally, the size of each area is limited, however in the last 10% of the game the size and scope of the map areas are huge, and essentially are just gauntlets to face enemy after enemy.  I have no problem with the game making things a challenge, but this was just cannon fodder thrown at me for next to no purpose but to fill the huge areas that I was travelling through.  By all means, it is not a deal-breaker, but by the time I got to the showdown, I was seriously over fighting the same creatures again and again.

While Scarlet Nexus does have some minor flaws, it is an enjoyable game that will challenge your combat skills and your ability to keep track of what is going on.  I have no problems recommending this to those who are a fan of the genre or are looking for a new IP to sink their teeth into.

Shaun has been playing consoles since the days of the NES. He was fortunate enough to find a wife who not only supported his gaming habits, but has also encouraged his eldest daughter to join in as well. When not playing games, working, or just being a dad in general, Shaun is hitting the gym in his own personal quest to have a crack at Ninja Warrior.
All Posts 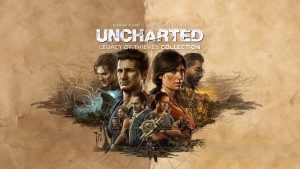