Hell Let Loose is a game that revolves around one primary thing – obfuscation and the absence of information. There are times when this feels intentional, hearing bullets whizzing by my head, getting shot at by an unseen enemy. Then there are times when this all feels either unintentional or undercooked, getting lost or confused by what the game expects me to do. However, when I begin to place my trust in the game and all the constituent parts work together, this game offers a singular experience that I have never had in a multiplayer shooter before.

Jumping into my first game, I thought I knew what to expect. After all, this was just another multiplayer first-person shooter but with a World War 2 theme. I have played dozens of those in the past, I thought to myself. The game loads, I am walking in the boots of a German soldier armed with a Karabiner 98 (the standard service rifle for the German army at the time). I walk trepidatiously into the woods. I hear bullets in the distance so I hurry in that direction, figuring I better get straight into the action. Then the screen turns red, and suddenly I am on the ground… then the dreaded words, “Respawn in 9 seconds”.

I end up on the screen where I choose a deployment point. I choose a spot at random, then wait another 25 seconds to be deployed. Into the game again, and within seconds, I am back. Waiting to respawn in order to wait to be deployed. To say that my initial experiences with the game were frustrating would be an understatement. It was fundamentally because I did not know what to do, and how to do it.

Aside from a short video that throws some general concepts when I first started, and tool-tips when in-game, Hell Let Loose does a very poor job on onboarding new players, and teaching people the basics – differences in-game modes, and how to fundamentally fulfil the objectives; the unit make-up and limits on class types; the resource system (which is critical to the game). The learning curve is steep and Hell Let Loose does very little to teach and illuminate. I do not know whether the developers are intentionally hiding this information or whether they have plans for improved tutorials. But in any case, the obfuscation of crucial information creates a genuine barrier to learning and getting into the game.

I literally had to go watch several YouTube videos (made by the community) in order to understand the basics of the game – that there are differences between supplies and resources; between a garrison and an outpost. The game also does not make clear that there are different ammunition types, or that every squad has a limit on the types of classes/roles you can pick. There is so much information just about the game’s fundamentals that is not shared with the player.

But when I started to understand the “what” and the “how”, a different type of obfuscation began to take over. It is in this setting where the game begins to shine. The game’s revelry in hidden information offers something utterly distinct and unlike any other experience I have ever had.

More often than not, it was hard to discern where the enemy lay. When getting shot at, I could only depend on the sound to gauge where shots were coming from. This meant that all my senses were constantly on high alert. I listen intently not just for another gunshot, but also to any sounds that might give away the enemy position. Aiming down sights drastically reduced peripheral vision, but it was necessary if I wanted to get a shot on my adversary. My eyes had to be sharply focused to catch any sign of movement. My own movements had to be quick and cautious as I sprinted from cover to cover. Not knowing when death will come next made every moment I survived increasingly tense.

In the absence of explicit information, I had to glean information from the game itself. I began to recognise the silhouette of the enemy. In the distance, just the shape of the helmet gave away whether I had sighted a friend or a foe. I began to recognise where potential enemy nests might be, and determine whether my position was vulnerable or not. While not yet a fully battle-hardened veteran, I was also no longer just another wet-behind-the-ears recruit fresh out of boot camp.

But any grunt still had to respect the chain of command. While this is a team-based shooter, where communication is key, even the VOIP system leaned into obfuscation. As a regular soldier, I could either communicate only with my squad or with other players in my immediate proximity. In a game of up to 50 players a side and potentially more than 8 squads, not being able to speak with the whole team seems like a huge handicap. But this is an intentional design choice because squad leaders who take the Officer class have an additional dedicated voice channel. The hierarchical separation of communication channels further feeds into me having to adapt to the absence of explicit information. But it also cuts down on the noise.

More than once, my squad leader would issue orders to the squad, “Command wants us to hold this sector”. No context, no elaboration. But a soldier follows orders, hoping and trusting that those further up the chain have their reasons, and have made their decisions based on information that only they are privy to – reports from other squads about enemy deployments and movements, available resources to call in additional support like bombing runs and supply drops. In the absence of information, trust (and sometimes blind trust) in my squad, my officer and the chain of command was critical in winning a game.

It is through all this chaos and confusion – people barking orders, ducking for safety behind a wall, running for the trees in the near distance, the sound of bombs, bullets and artillery rounds – that makes the game utterly unique and compelling. The deliberate obfuscation of information means I have to trust in my skills, my squad and my commander. But more importantly, I have to trust the game. That everything I have described above, the frustration and the confusion melds together to make this more than just another multiplayer shooter. Never have I felt that I was as close to being in a real war as in Hell Let Loose.

I would be remiss not to mention some of the technical elements of the game. Graphically, the game looks good. Although it does seem like someone ran everything through the “Saving Private Ryan” filter multiple times. The game has some notable framerate issues and I had to rely on community solutions (e.g. ways to force the game to run in DX12).

The audio and sound design is notably excellent. The sound of dropping bombs is genuinely terrifying. The whine of artillery flying through the air is unmistakable. The low rumble and occasional metallic screech of tanks rolling down the street will strike fear. Audio cues provide as much (if not more) precious information than visual ones. This is the one area where the game is generous with sharing information.

In terms of connectivity and finding games, I did not have any problems finding active games, with plenty of locally based servers with low ping times to choose from.

Hell Let Loose revels in hiding information. This makes the game hard to penetrate, and for newcomers, there is a real barrier to entry. The game also demands and requires a level of commitment and trust that may feel initially undeserved or unwarranted. It withholds information, only telling you what it thinks you need to know. It expects you to blindly trust it and leave everything else to those who know better – the more experienced players in the team, the players in command roles, and in the game itself. A single cog may not quite understand its role as part of the bigger machine. But when every cog and gear does exactly when it is supposed to, then the whole machine works. Hell Let Loose, despite its frustrations and obfuscations or because of it, works. 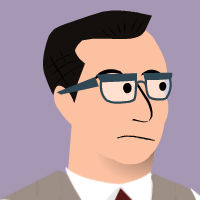 Food, boardgames and videogames. Three things that'll keep Ken fuelled on a daily basis. It doesn't matter what flavour of each you put on the table, he'll have them all.
All Posts

Kao The Kangaroo – A TKO​