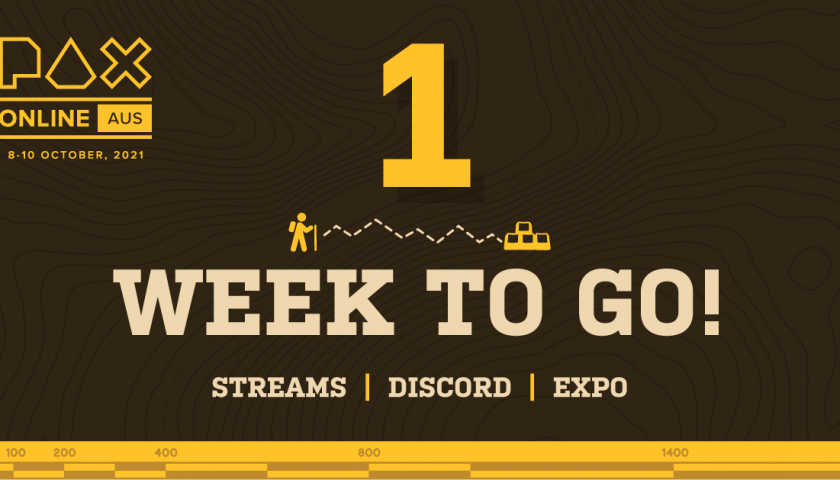 I love PAX Australia. I just want to be totally explicit and upfront about my feelings about what is more than just an event to me, but an actual phenomenon. I was there for the first PAX Aus at the Melbourne Showgrounds, and there for almost every subsequent one. I have made firm friendships through PAX Aus and even got to experience it from different perspectives – as an attendee, press, panellist, volunteer and even as a vendor.

So while we still live under the shadow of COVID, it warms my heart that PAX Aus will continue this year as a massive 3-day online event from 8 to 10 October 2021.

There will be all the usual highlights – the Omegathon, panels, concerts. There will be board games, tabletop RPGs, and loads of games shown in the Expo Hall. There will be the (always outstanding) Indie Showcase featuring 10 amazing indie game designers (of which 4 are tabletop games!!). There will be Twitch streams to watch and Discord channels for socialising with the community.

No PAX Aus would be complete without event merch, and this year is no exception. I still hold onto my scarves from previous years dearly. I am already kicking myself because unbelievably the enamel mug (which I was genuinely eyeing) is already SOLD OUT!

Everything is pointing to a fantastic PAX Aus Online.

Read the full press release below and see the full schedule here: