We’ve been shouting out the praise for The Elder Scrolls V: Skyrim for a decade – TEN WHOLE YEARS! In that time we’ve seen a whole host of different releases, from the original game launching in 2011, to 2013’s Legendary Edition, 2016’s Special Edition on PS4 and Xbox One, 2017 with saw the game hit Nintendo Switch, and VR Platforms with Skyrim VR, and then, of course, the latest release, the Anniversary Edition celebrating the 10th anniversary. The game even came to Amazon Alexa in 2018! With multiple different releases and re-releases, and multiple SKUs performing at different, join me as I review the eleven versions of Skyrim to have launched these past ten years. Of course, all versions are being reviewed in relation to one another so in a moment of foreshadowing, don’t expect the original launch, the game that began the legend to score as highly as it would have in 2011 (where it clearly 10/10 people!)

The launch of The Elder Scrolls V: Skyrim on 11/11/11 was a momentous occasion and a turning point for RPGs. The impact of Skyrim to this day cannot be understated, but the initial launch period saw three distinctly differing versions. First, there was the PC version, the version that you can argue that to this day has yet to be matched, thanks in part to free upgrades from Bethesda over the journey and the infinite possibilities that come from the modding community, The PC version spawned modder projects like The Forgotten City which was reworked into a full product itself (and is a serious GOTY contender) in 2021. The Xbox 360 was the base console version of the game, one that has obviously captured the imaginations of millions, while the PS3 version was a point of controversy. Bethesda just couldn’t properly overcome the quirks of the PS3 leading to some horrific framerate issues, all because of the bandwidth available for save-games. Never forget

Two years following the initial launch of Skyrim and it’s fair to say that Bethesda had worked out how to get the Skyrim money machine running, and so the Legendary Edition launched. For PS3 players, the game still had its issues, but both the 360 and PS3 versions included the DLC suite, and 360 players had a really cool bonus addition – Kinect support. You could Dragon shout by quite literally shouting at your console! It was a cool idea and a handy perk for those with the Xbox peripheral.

Another console generation, and so, another opportunity to re-release Skyrim. Xbox One and PS4 owners got a chance by a fancy new version of the GOTY title in 2016 courtesy of the Special Edition. For PS4 owners they finally got a working version of the game on a PlayStation console, for Xbox One owners they again got a bit extra thanks to some superb modding support. PlayStation’s walled garden didn’t allow for modding support of the level of Xbox, so again, despite getting a good product, PlayStation fans again got the lesser console version.

More than half a decade since the original launch and Skyrim finally made its way to a Nintendo platform, and though the product is a massive backward step technically, but that difference is offset by the ability to take the game on the road. Times have changed a bit, with various remote play opportunities having emerged, giving players on PlayStation or Xbox a chance to also play the game on the road, but neither are as convenient as playing the console native version, sans any latency.

The Fallout 4 VR version was a bit of a flop, but Bethesda learned their lesson in time to re-release Skyrim yet again in 2017. There are some immersion-breaking moments due to some wonky collision when in melee combat, but overall it’s the coolest take on the initial launch, and is absolutely worth trying out. Mods enhance things even further for PC VR users, but even if you’re playing on PSVR you’re going to have a great time. Often overlooked but Skyrim VR is excellent

Bethesda leaned into the joke of Skyrim being everywhere and put it on Amazon Alexa. It’s novel, and good for a laugh, but a voice-operated Skyrim title just isn’t very good. Try not to toss your Alexa compatible device in the bin if you’re ever tempted to try this one out. It’s a joke, every single way you look at it – get that shit out of here!

To celebrate the ten-year anniversary of Skyrim, we got the definitive console version of the game. 60FPS, 4K, the entire suite of Creation Club content, all DLC, and PS5, and Xbox Series native versions. This is the truest way to play Skyrim on the console. Presumably, this will be the last time the game resurfaces until its 20th anniversary, but you just never can know with this game.

Code for The Elder Scrolls V: Skyrim – Anniversary Edition was kindly supplied by the publisher 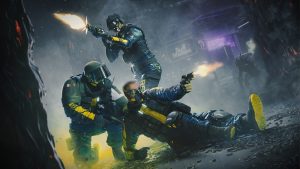 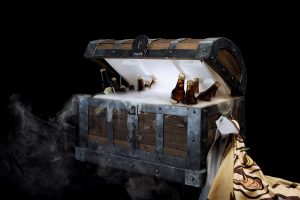 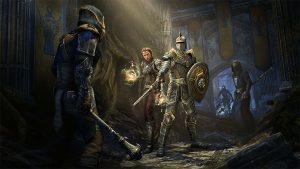