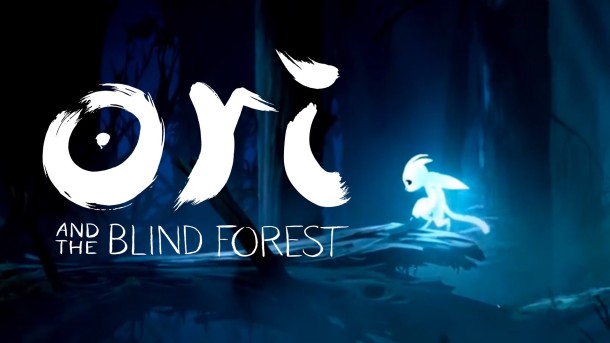 Ori and the Blind Forest – Review

Some games are best to go in blind, as there are no pre-conceived expectations and it removes any sort of bias that you had in the lead up to the games release. For Ori and the blind forest however, we never really had that choice. It simply just showed up out of nowhere and started making waves amongst the many gamers around the world. And for good reason, a game of this calibre really doesn’t need much in terms of marketing as the sheer quality of its design will speak for itself; it’s a rare thing to see but is always an enjoyable experience when it occurs.

With a harmonic cacophony of emotionally charged music, Ori welcomes you into its origin of a magical and mysterious tree of light and its lost child Ori, who is found and adopted by Naru (a bear like creature) and taken in as one of her own. The game’s saga unfolds quickly and it is not long before everything starts going bad. The forest is clearly starting to wither and die, not baring fruit or life, and it falls to Ori to find the root cause and save everything from an impending fate.

The story immediately hooks you in with a perfect blend of unique visual style, superb music and engaging story telling. A few minutes in and you simply want to know more, it mentally pushes you forward, further into the game and grips you at every turn. Even something simple like your first engagement with an enemy quickly becomes an act of urgency with the game’s tempo and pace raising the bar at the perfect moment. What amazes the most is that Moon Studios managed to keep these things fresh through the entire play through, there always seemed like there was a little bit more to the story or something new around the corner, its incredibly rare to see developers successfully do this as many have tried and failed or simply never tried at all and resort to the more formulaic facade of padding out a game with cyclical gameplay padding until you reach the final boss.

If anyone is familiar with the Metroid series, you’ll notice a similar map layout where you essentially have a huge map with various unreachable areas that are accessible once you gain new abilities. Ori is almost identical in this regard, as you progress you’ll unlock new abilities, such as double jumping, ground slams and a slather of other unique traits that shift and change the way you play the game and open new areas that were once unobtainable. The pace has been set perfectly, there’s never really any moment where you feel stagnated and there’s a sense that you’re constantly growing and getting stronger. Being a 2D platformer at heart, there’s the natural familiarity you’ll obtain as a result of time spent, this adds perfectly to the other RPG elements. This is without doubt why, after a bunch of hours; it still feels like you’re playing a new game!

Ori isn’t a perfect game though, there are some downfalls and criticisms that are warranted here. One of the key features is that you’re able to save wherever you are as long as you have some spare soul links to use. The game holds no prisoners here, forgetting to save could lead to potentially 15 minutes of gameplay progress. Luckily this will rarely happen because at any given moment instant death is waiting and it  is a very sharp reminder to save the game regularly! Ori can be an extremely frustrating game at times with a quick demise waiting around every corner. At times this can seem unfair and will definitely test the patience levels of even the calmest gamers out there. One part in particular (don’t worry, you’ll all know which part this is) drastically ups the difficulty and is only passed through multiple trial and error attempts. The upside to this of course is the feeling of conquering Mount Everest once the level has been passed.

At the end of the day though, Ori was a surprise hit. The developers should be commended for their genius design, captivating visuals and beautiful music. Ori and the blind forest feels less like a game and more like a work of art, a definite pick up for everyone out there!