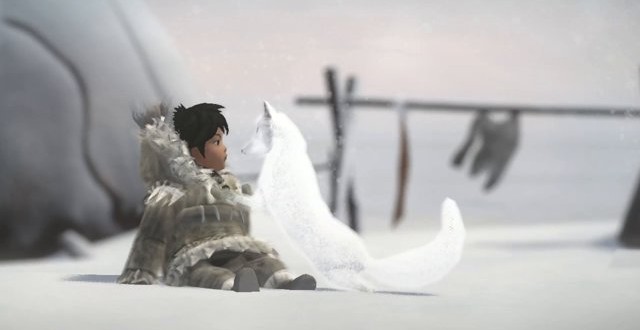 The monthly grab bag is a small look at the month’s free games available on Playstation Plus, Games with Gold and various other platforms that put out freebies on occasion. Consider this your point of call if you need a gaming fix but funds are tight.

To celebrate more than 100 million Live downloads, Mircosoft is offering double the freebies for this month. Two games on Xbox One and four on 360. There are some real crackers in store too!

On Xbox One there is the fun but ultimatly forgettable Pool Nation and the stunning Child of Light. Child of Light is the real highlight here. The game’s graphics and awesome combat systems more than make up for some appaling writing.

On Xbox 360 for the first half of the month gamers will get access to Gears of War: Judgement and Terraria. Terraria is a cult indie title often refered to as a 2D Minecraft and Gears of War: Judgement is basically just more Gears of War. How you feel about Gears will determine your enjoyment of this title but there is no doubting it delivers the tight visceral gunplay the series is known for.

The second half of the month will allow players to grab Army of Two: The Devils Cartel and Assasins Creed 4: Black Flag. Army of Two is a competent but forgettable 3rd person shooter that may be worth a few rounds but will look pretty rough when compared to Gears from earlier in the Month. To make up for that however Black flag is excellent and probably the best Assasins Creed game available. Being a pirate has never been as entertaining as it was in this game. A must play

It is the usual mix of indie and AAA for Playstation Plus this month. On the PS4 there is the bullet hell, rouge like FPS Tower of Guns and the haunting Alaskan platformer Never Alone. Never Alone is a majestic tale that you will probably only play once but it will stick with you forever. Well worth the download. Tower of Guns looks to combine the best elements of rouge like games with the insanity of Serious Sam. This one looks to be the perfect “20 minutes at a time” game.

On PS3 The excellent stealth em up Dishonered and Puzzle platformer Aaru’s Awakening (also on PS4) are on offer. Dishonered is the clear highlight here and for those that missed out on it’s beautiful magic infused stealth gameplay now is the perfect time to pick it up. Looks great even on the aging PS3 hardware. Aaru’s Awakening is a goergeous platformer that is sure to please fans of Super Meat Boy with it’s tough yet fair gameplay.

Finally on Vita there is the top notch shooting of Killzone: Mercenary and the puzzling Monster Bag. Killzone: Mercenary is a cracking game and would look good on a normal console let alone the Vita. It was proof positive that an FPS can be done on a handheld system.  Monster Bug is a puzzle game that aims to keep players thinking. Sharing similarities to classic puzzlers like Lemmings and Swarm this could be a top “on the go” title.