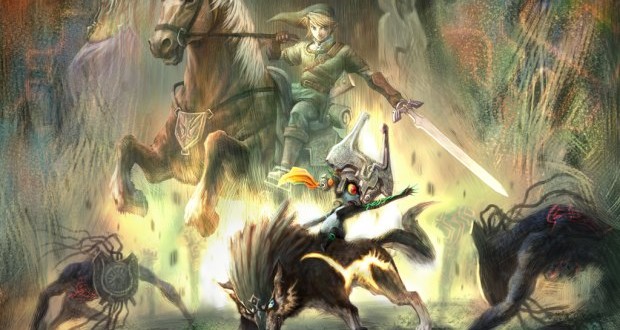 Twilight Princess HD – The D is for Distraction

In the past few days, a discovery on the Japanese eShop has had Zelda fans clamouring over rumours that Gamecube/Wii title The Legend of Zelda: Twilight Princess will be receiving the HD treatment much the same way Wind Waker did.

After gazing into my crystal ball, I could come to only one conclusion: If Nintendo go ahead with this, it’s only to soften the blow of pushing back the currently-in-development, as yet untitled Legend of Zelda HD, slated for release on the Wii U sometime next year, and instead rework it as a launch title for the NX, the Wii U’s successor.

This move should come as no surprise given it’s exactly what Nintendo did with Twilight Princess in the first place – pushed it back to appear as a Wii launch title, with the Gamecube release delayed – a move that was definitely “not” intended to push Wii sales, apparently. The thing is, Nintendo know how ravenous the Zelda fanbase are, and the Wii U had a fairly mediocre launch line up sorely lacking in first party titles. I can’t believe they’ll make the same mistake again so soon.

From a business standpoint it makes sense – the Wii U hasn’t performed to expectations and Nintendo have lost third party support due to poor sales and a lack of parity with current generation consoles. Why waste a potential goldmine on a flailing console nearing the end of lifespan? Fittingly, Twilight Princess HD could in fact signal the twilight period of the Wii U. A Wii U owner myself, I can’t fault the library as it currently stands with recent releases like Yoshi’s Wooly World, Super Mario Maker and Splatoon highlighting why Nintendo is just as relevant as they’ve ever been. If Nintendo are using HD re-releases as a stop-gap, they’re only doing so because consumers have shown we’re willing to buy them – just ask Sony and Microsoft.

As for the NX, it’s going to need all the help it can get at launch to make up for the significant lead held by the PS4 and the Xbox One. IP is one of Nintendo’s biggest selling points and an early sales push from first party titles could be the ticket to enticing third party developers back to their home consoles, the real key to continued success in today’s current market. While it will annoy Wii U owners who have been patiently waiting, Nintendo are in a position to release the NX with a Zelda title at launch – a decision I dislike as a Zelda fan, but embrace as a Nintendo fan.