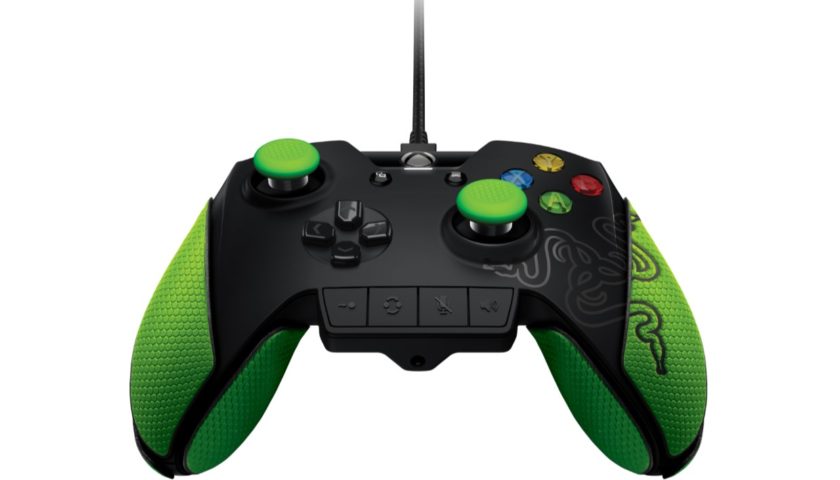 I have always been a first party controller guy. Whenever a controller needs replacing I don’t even look at the third party brands. It is Microsoft/Sony or nothing as far as I was concerned. This is for good reason too. Most third party controllers are out and out garbage made from cheap plastic components and often feel horrible to use. Well I can say that after playing with the Razer Wildcat for a couple of weeks I might have to revisit that opinion because Razer have put together a worthy challenger to the first party throne.

Right out of the box the Wildcat looks like a high quality product. It comes in a lovely zip up case that protects the controller and all its accessories nicely when it isn’t plugged in. The controller itself feels sturdy yet light and being based on the Xbox One asymmetrical design means it fits in my giant hands comfortably yet at the same time my wife had no trouble getting her much smaller mitts to use it. The thumbstick felt even better once I put the detachable rubber covers on them that helped my somewhat sweaty hands to keep grip.

The controller is billed as an eSports controller and as such has 4 extra buttons that can be mapped on the fly. To do so it is a simple matter of pressing the remap button and the button you want to change then pressing the button you want to change it too. I have used it to remap sprint and melee functions from thumbstick clicks to the sexy new triggers on the back of the controller which I find much more responsive. Speaking of buttons and triggers all of them maintain the high quality feeling that comes with the rest of the controller and have a satisfying click when used. These high quality buttons and the remappable functions make this a great controller for fans of shooters and 3rd person action games, allowing that extra level of control that is missing from the standard pad.

It does however have a few issues. The controller has forgone a floating d-pad for four individual buttons. This is great for a shooter that maps weapons and abilities to the d-pad but it isn’t great for fighters like Street Fighter and Mortal Kombat. It was extremely hard to get consistent quarter circle moves and more complex patterns like Dragon punches were almost impossible. Mortal Kombat X fared a little better with its prevalence of directional taps but it still wasn’t ideal. This isn’t a controller for fighting game fans.

The other major problem with the controller is the rubber hand grips that have to be stuck on manually to the controller. If you are anything like me and have trouble even getting those clear protectors on your mobile phone you are going to hate trying to get these grips on. What is worse is it feels like a cheap solution especially when compared to the high quality the rest of the controller exhibits. It took me about 15 attempts to get the grips in a position I was happy with and after using them for about 3 hours I ripped them off and stuck with the still rather grippy matte plastic surface. There has to be a better solution for future releases of this product.

Finally it is worth mentioning the price. This isn’t a cheap controller solution. Retailing for $199 AUD it is basically the same price as the Microsoft Elite controller. I haven’t had the pleasure of using the elite controller but from all reports it is a truly excellent piece of hardware that handles all areas of gaming with ease. The Razer Wildcat is a very good controller that is perfect for shooters and action titles but falls short in other genres. This creates a conundrum for the buyer and I strongly suggest that if you are looking at spending this sort of money you try and get hands on with both of these controllers first to see which one is perfect for your needs.

In the end though The Razer Wildcat has become my controller of choice for my PC. It would have become my first point of call for my Xbox One as well but as it is a wired controller and I have a habit of leaving things around it just creates a tripping hazard for my somewhat uncoordinated children. The controller is perfectly suited to fast paced action gaming, be it FPS or 3rd person titles and it feels wonderful to use. If the Wildcat was $50 cheaper I wouldn’t hesitate to recommend it to everyone but at full price it is much harder to do so. If you are a FPS fan and you are looking for a high quality controller with a tonne of great features then the Wildcat will not let you down. If you like fighters however you will be much better off looking elsewhere.