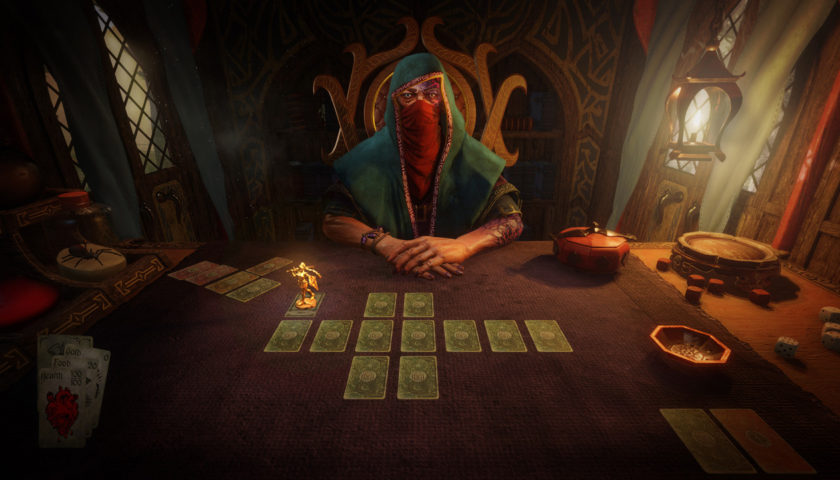 The Dealer Returns in Hand of Fate 2

Some mornings are annoying, some are dull and some are monotonous. But some mornings I wake up to some exciting news in my inbox. This morning was one of those mornings with an exciting email from Defiant Development, The talented Brisbane based studio, about their new project. That project is Hand of Fate 2

Just like the original Hand of Fate 2 will have players taking on the Dealer and his fiendish game. This time, however, things are slightly different. Players will be able to bring companions into combat and tackle different combat objectives (such as defending a goblin or time-based challenges). There is also a new map metagame to allow unlocking challenges in a more logical way. All this along with a host of new weapons, enemies, challenges and bonus cards means Hand of Fate 2 looks to include more of everything that made the first such a great game.

The story also seems to be quite exciting. The dealer, Hand of Fate‘s magical antagonist, will make his return in the upcoming sequel despite being defeated in the first game. After the player’s victory in Hand of Fate, the first game’s protagonist took control of the world and outlawed all magic in order to maintain his rule. In Hand of Fate 2, the dealer will train the new heroine 100 years after the events of the original game so she can defeat the original game’s protagonist, who now thrives as a villainous tyrant.

Hand of Fate 2 is scheduled for release in Q1 2017 but in the meantime, you can check out our review of the original title here and some more screens of the sequel below.