So many of us take the sacrifices of our troops for granted, I know I did.

I come from a military family but I am lucky that we haven’t been touched by war. My father readily applied to be deployed during Desert Storm and they knocked him back because at the time he had a very young family and there was work he could do within our borders. Every ANZAC day since I can remember we were up at dawn attending memorials. We would repeat the mantra “Lest we forget” although, as a child, I never really understood.

Battlefield 1 is confronting in a way I was never expecting. The way it embraces World War I, warts and all, is unique in a landscape of shooters where you are always the big damn hero. Young men are constantly dying, you are shown a flashback of civilian life and the effects PTSD has on the soldiers if they do manage to make it home at all. These are the stories our grandparents were told, that inspired so many and shaped the national identity in the early 1900s.

The game is broken into six war stories that tackle aspects of the war from the perspective of different nationalities. Each with their own play styles showcasing most of what the game have to offer in terms of weapons and vehicles. Throughout the war stories you are confronted with a range of emotions that really ring home the horrors of war and highlight the influence hope can have on a person caught up in conflict.

As the tutorial loads, you are presented with a screen that lets you know that you aren’t expected to survive, a grim foreshadowing for the rest of the level. You are put in the shoes of a frontline soldier and taught a mechanic and then promptly killed off with an obituary on screen before you are thrust into the point of view of another soldier taking part in the same battle to be taught another mechanic and so on. The way they handle the tutorial is both jarring and meaningful. I have never had feelings evoked in a tutorial stage before.

My highlight from the war stories that follow is easily the storyline of the warplanes focused mission, where a Han Solo type swindles his way into the battle that has you tearing zeppelins from the sky in its finale. I don’t normally enjoy dog fighting in Battlefield titles, I am terrible at flying and end up crashing 95% of the time, but the cutscene entice you to keep trying and within moments I was pulling off maneuvers I had only dreamed of in previous games.

I also really enjoyed the Australian helmed mission in Gallipoli, so often you hear of the significance to the ANZAC and how the battle claimed the most Aussie lives of World War I but to see the battle recreated in-engine is really something to behold. You feel the mateship and sacrifice of the characters and can appreciate why we refuse to forget.

The only mission I had a gripe with was the Lawrence of Arabia themed set of missions which put you in the shoes of one of Lawrence’s trusted lieutenants Zara. Her missions were excellent right up until you have to fight off a massive steam train which can one hit you but requires you to keep switching weapons and positions to stay alive and dent the mechanical beast. It was the only time in the game where I felt like my deaths were cheap or undeserving.

Aside from the unexpectedly stellar story mode is the much beloved multiplayer experience we expect from the series. Back in the expert hands of DICE after handing off to Visceral Games for Battlefield: Hardline this is a welcomed return to form. The guns play still feels crisp and the excitement of rushing down an enemy group that is trying to hold a position never gets old.

I mainly stuck to the classic Conquest game mode but out of the new offerings, I found the best was Pigeon Wars, which sees you capturing a pigeon and trying to find a safe spot to write your message while every enemy troop is on the hunt for you. Another new feature is the massive war machines given to the team that is drastically losing.  This gives them a chance of bringing it back. These behemoths, that include trains and zeppelins, are a sight to behold and add a layer of a challenge to the winning team, who if they manage to overcome, are truly rewarded with a sense of overcoming adversity.

Battlefield 1 is a quality first person shooter with a community and development team that pretty much ensures longevity. The story is great and surprisingly emotional which is something the series has always been weak on. The game feels fresh and depicts World War I more accurately than any game before it. It made me appreciate what our military do for us so that we never have to live through the hell of war. 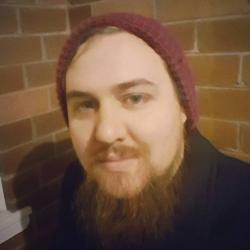 Matthew Ballinger is an independent game designer and production specialist. He has an unrelenting passion for all things game theory, mechanics, game development and academia.
All Posts