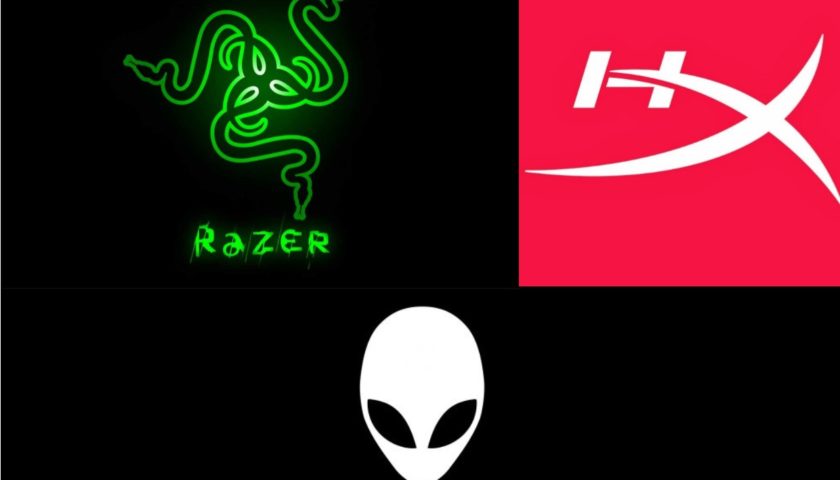 When someone mentions PAX most people immediately think about the indie games, tabletop gaming or exciting cosplay. There are so many exciting parts to the show that it is easy to forget that there is a very impressive Hardware contingent on display. The big tech makers from around the world all turn up with an eye to convincing the Australian public that their wares are the perfect gaming solution. I managed to get some good time with three of the big companies on display, Razer, Alienware and Hyper X and managed to get a good feel for what each company stands for and where their products are heading in the future.

Razer is a company I have always had a lot of respect for. Their gear has always been of a high quality and over the years I have used a wide range of their products. At PAX AUS they quite a large display of all their current and future ranges, with everything from keyboards to high-end PCs on display.

A big part of their booth was taken up with the new Razer gaming laptops. The Blade range has gained a reputation for high-quality gaming on the go and these new models seem to reinforce that. Perhaps the most interesting component for me is the Razer core, an external video card case that connects to Blade systems via USB-C to give them extra graphics grunt. The Core supports the latest cards from Nvidia and AMD and is upgradeable. I like the concept of this, as it allows gamers to have the best of both worlds. The portability of a Notebook and the bells and whistles of a high-end graphics card.

As always Razer also had a range of high-end accessories and gadgets on display. Their ever dependable keyboards and mice are always a popular choice for serious gamers and the latest additions to these ranges seem to further enhance their reputation. The latest mouse in their collection, the Deathadder Elite, boasts the most accurate laser in any mouse on the market. How that translates into gaming for an everyday user I am not actually sure but the extra accuracy will surely come in handy for the elite gamers out there. The nice thing for me is that it fit wonderfully into my enormous hands, so I didn’t feel like a giant playing with a tiny little plastic toy. On the keyboard side of things, the highlight was the Ornata Chroma. This new keyboard is a combination of mechanical and membrane technologies and I must say the results are impressive. I don’t think I have ever used a keyboard that has felt so good to type on. As for gaming, I can only imagine that the new features like cushioned wrist rest and adjustable key heights are going to make long sessions that much more comfortable.

The biggest draw of the Razer booth however, was the OSVR. This modular VR headset is still in its early stages as far as commercial users are concerned (Install software is still in beta, occasional crashes) but it is ready to go for developers and tech enthusiasts. The headset boasts full 1080p VR and being an open source platform it creates a sense of community among the developers. The exciting part of it all is that its price is very reasonable ($650 AUD) meaning that once it hits full commercial release it will be a very attractive option for PC VR. Add to this the fact that it is one of the most comfortable VR headsets I have used and that it supports the full range of Steam VR titles and this could be a potential VR winner for home users.

Alienware have built themselves a reputation for high-end, high-cost gaming rigs and that message was being driven home at the Alienware booth. It is clear the company philosophy of creating gaming systems that are ready out-of-the-box to take on the toughest gaming challenges. There were some great high-end PC’s and Laptops that the company had released over the past few months on display at the booth, all exhibiting that particular Alienware brand of build quality. On show were a range of new laptops running Geforce 1070’s, the new Aurora desktop and the latest version of their “TV” gaming PC, the Alpha. In the brief time I had to speak with Alienware staff they made it clear that the company policy is to never compromise on parts and that was evident with what was on show. These are some exceptionally well-made gaming rigs that are sure to meet even the toughest demands. I have always felt that the cost of these machines is a little excessive but there is something to be said for a gaming system that works without any of the usual fiddling/upgrading/building that is commonly associated with PC gaming and for many that convenience is worth the extra dollars.

It seemed to me that Alienware wanted to push their Steam Machines a bit more but were at the mercy of Valve and couldn’t yet. They haven’t officially been released in Australia yet and that, I feel, hamstrung their booth this year. I am very interested to see what they have to offer in that space in the future though.

A relative newcomer to the PC gaming scene, Hyper X made its name with high-quality RAM and SSDs. Using this as a base the brand has moved into keyboards and headsets. The keyboards lacked some of the bells and whistles that brands such as Razer touted but they made up for it with durable construction and a solid set of practical features. I got my typing fingers on their flagship keyboard and it was clear that this was something that had been engineered beautifully. Tactile response, well thought out features and comfortable positioning were evident from my time with it. The only problem I had with it was the fact that it felt a little small for my aforementioned monster hands but that is an issue that won’t affect 90% of the population.

The next product line I took a look at was their range of headsets. The Cloud series is once again a solidly built, excellently designed range that places an emphasis on build quality and comfort. I have always felt that for comfort, the Steel Series range is the best available but these Hyper X Cloud models may just take the cake. The sound quality was exceptional as well so I really can’t recommend them enough.

Even with their low priced model the Cloud Stinger (which I took home on the day and have been using since) comfort and sound quality is great. In my experience, you simply cannot get a better headset and mic for the measly price of $69.  For a new company in the accessories market, Hyper X are making a statement that they can’t be ignored.

Speaking with their staff let me get an idea of what is next for the company. They are taking a “one at a time” approach to their products. They entered the market with keyboards, then followed with headsets and next on the list is a mouse range. They stressed however that will only occur once they are satisfied with the product and won’t simply be rushing it to market because it is expected. I like this approach and as long as they can keep up the quality Hyper X has the potential to be a huge force in the market.

In all my time with on the hardware side of the floor at PAX AUS gave me the impression that these manufacturers are all hell bent on creating high quality, long lasting products. It is clear that the days of gimmicks and flash are gone and in their place are accessories that can stand up to some serious abuse while still being comfortable and easy to use. I am delighted to see this happen and I hope it continues long into the future.