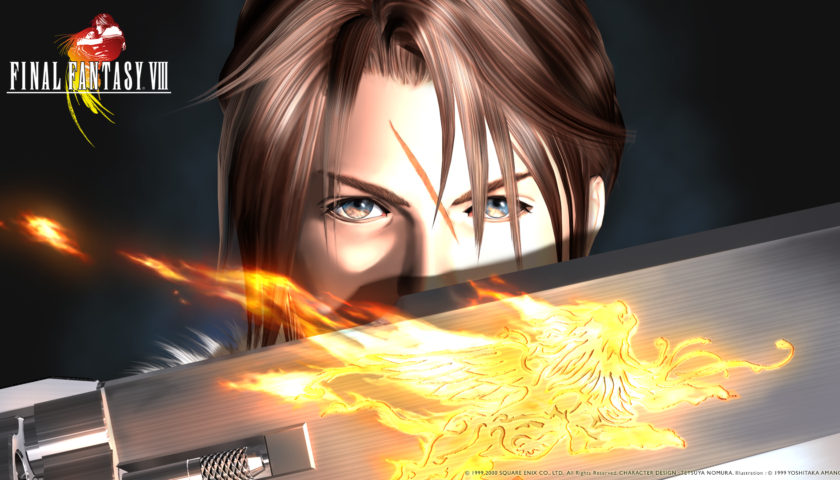 Final Fantasy VIII- The One That Started It All

If you come here

When I said I would contribute to Player2’s JRPG July feature, it was only natural that I’d talk about Final Fantasy VIII at some point. That game was an icon for me; a turning point in the events that made me into a gamer. But how do I accurately put into words just how much that game means to me, just how much it changed me, shaped me… How do you describe that overwhelming feeling of warmth that comes over you when you talk about something that holds so much significance to you? I guess… you just type, and hope when it’s done that it all makes sense. So please bear with me.

The first Final Fantasy game I ever played was Final Fantasy VII. My dad brought it home one day, having seen it on sale, and both he, my younger brother and myself immediately got hooked. All of us were quite new to gaming (the PS1 being the first console my brother and I had had any real experience with- barring the Amiga) and this was the first game we had played that had more to it than simply killing things or solving puzzles. Being seven or eight years old at the time, a lot of the story went well over my head, but I loved it anyway. So much so, that when I saw articles begin to appear for Final Fantasy VIII, I got insanely excited. Here was a brand-new game with brand-new characters, and a brand-new story for me to sink my teeth into.

Final Fantasy VIII was released in 1999, and I picked it up the second I could. Disc 1 was finished in a day; I got a bit obsessed. At nine years old, I didn’t really understand the junction system all that well, and there were a lot of other aspects that went right over my head, but there were so many things that sunk in, perhaps too deeply for a child my age, that it didn’t matter.

The main characters in the game are all teenagers, around 17 or 18. When you’re 9, anybody 12 or over might as well be an adult to you, so the immensity of what Squall and co were taking on at their young age was beyond me. It’s only when you look back as an adult that you realise that these teenagers are willingly putting themselves on the front lines to protect their school, their friends, their way of life.
They carry the fate of the world on their shoulders, but unlike some video game characters who bear this burden with almost no effect, Final Fantasy VIII lets you see deeper into the lives of the main cast. Zell; who hides his fears behind confident bravado. Irvine; who builds up this image of himself in his head so he’ll believe that’s who he is, Quistis; who has such little confidence in herself despite the responsibility bestowed upon her by Balamb Garden. Rinoa; who fights so hard to stay optimistic even when the world is falling around her. Selphie; who wears a smile even though she faces more death than anyone else. And Squall; stoic, tough as nails, Squall. He presents this image to the world that he doesn’t care about anything- he just does what he has to do and that’s that, but underneath it all, he cares- perhaps more than anyone else.

As a kid I identified with Rinoa a lot; she was happy and bubbly and optimistic and almost nothing got to her. As I grew up though, I drifted more and more towards Squall. The world hardened my youthful optimism, life experience caused me to shut parts of myself off from others and as a mopey, emotional teenager, Squall was who I emulated more than anybody else. To this day we both pinch the bridge of our noses when we’re stressed, and the Lionheart tattoo on my back (partly named for his ultimate weapon) reminds me that if two mopey teenagers could get through life’s crappy experiences, I can keep getting through shit as an adult.

As I mentioned before, the Final Fantasy titles were ones that my father and brother really got into as well. My brother was only six when FF8 came out so he experienced a lot less of it than I did, but my dad got right into it. Being the father of two gamer kids however, his play time was mostly had after we had both gone to bed.
My dad was the kind of father who never wanted his kids to miss out on anything- not even video game boss battles. So one night at dumb-o’clock I was shaken awake by Dad, who said “I got to the last boss battle in Final Fantasy, do you wanna see?”. And so little Jenn sat with her dad on the couch while they both attempted to obliterate Ultimecia into nothingness. We lost, and I was pretty sure we were both dead for school/work the next day, but it’s a nice memory nonetheless.

And of course, I can’t talk about Final Fantasy VIII without mentioning Triple Triad, which is absolutely the best card game to ever be invented in the history of time. I spent so many hours playing that, that my final hour count of FF8 was well over 100. Once you hit over 100 hours the hour counter turns red, as if it’s trying to tell you you’ve played too much and should probably stop. Triple Triad was unbelievably fun, and if you managed to get your hands on the higher tier cards, dismantling them for spells and items made the last few bosses of the game a lot easier. Of course, I never did that because I’m a crazy hoarder who refuses to let go of things, but, you know, the option is there.

Final Fantasy VIII was more than a game to me, it was an experience. It taught me that games can be more than what I thought, that they can really make you feel something. They can have characters you relate to and are inspired by, ones you emulate, idolise and look up to. Games have the potential to bring you happiness and joy with their storylines but they can also leave you feeling empty and sad. Not to mention angry and frustrated because some boss battles were just ridiculous and OP and dumb, but you take the bad with the good and you get on with it.

18 years on and this game still manages to hit me in the feels, over and over again. Final Fantasy VIII will continue to resonate with me as I grow older, and I only hope I can continue to share even a semblance of this experience with those near and dear to me.