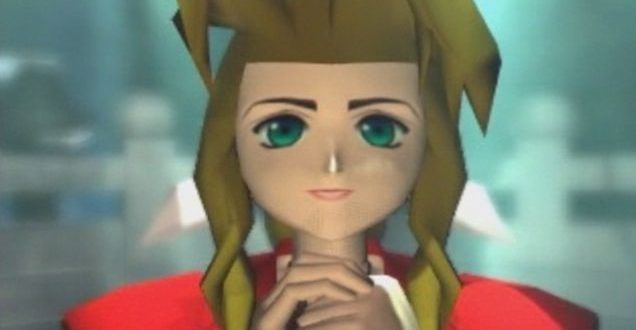 The Sound of Victory: Soundtracks in video games

“One good thing about music, when it hits you, you feel no pain” – Bob Marley

For something intangible, music has so much strength and power. With mere notes, it has the ability to motivate you, get you dancing, or on the other end of the spectrum, bring you to tears. A good game will, more often than not, also possess a killer soundtrack. Games like the Final Fantasy series, Nier and Chrono Cross were certainly good games, but would they have been so fantastic without the music that accompanies them? (I mean, I know FF would have been, but that’s a given).

Music is something the JRPG genre is famous for, so much so that entire games have been made on the premise of the music. Take Theatrhythm for instance; this is a rhythm game built entirely around the music of the Final Fantasy series. Made for the Nintendo 3DS, the game features a range of different game modes where you flick, tap and press the stylus to the screen to the beat of the music. The game is literally 80% music, 10% story and 10% gameplay, but it’s one of the best games to pick up and play a few levels of.

Soundtracks to video games have been so popular over the past few years that they have begun to transcend the world of gaming; making their way into full scale symphonic events. Distant Worlds, for example, is a staggering symphony experience where the orchestra plays music from various Final Fantasy video games. Hearing the music you love played by an incredibly talented orchestra is an experience I cannot recommend enough. At the most recent Distant Worlds concert in Sydney my favourite song from the series,‘The Oath’ from Final Fantasy VIII (I know, big surprise there) was played for the very first time. Within seconds of hearing the opening bars I was an emotional wreck. My heart felt like it was going to burst out of my chest with love for the song and for the game, because the nostalgia and happiness I was feeling was just overwhelming in the best possible way.
Distant Worlds isn’t the only video game concert event around either; there’s a few, but the more popular one would be Video Games Live. VGL plays music from a range of games, not just JRPG’s, but it still shows just how important the soundtrack to a video game can be.

Even bands are getting into the video game music craze, with ones such as The Consouls devising their band image around being a jazz band that plays video game tunes. When I was lucky enough to see them in Sydney a few months back I was happily surprised at just how well video game music can be played in jazz style. A few tracks from my favourite RPG’s were played and from that moment on I was hooked.

The iconic part about music in JRPG’s however, is its ability to tie in with a certain scene or place. Each level or area will have its own soundtrack, providing it with a unique-ness you don’t often find in other video games. It combines music and memories so well together, that if you hear the music when you’re not situated in front of the game, you can’t help but recall the scene the track is tied to. Nier is a game that does this exceptionally well, with its soundtrack so well tied to the locations and events in the game. Certain tracks get my fingers twitchy as I remember epic battles whilst others instill a feeling of relaxation as I calmly walked around the wilderness.

Music is a powerful thing, but when you combine it with iconic moments in a video game, epic battles and lovable characters, it turns into an entity within itself. JRPGs are exceptionally good at creating a world for you to live in as you play through them, characters for you to love as you adventure alongside them, and music for you to hear as your journey unfolds. If you play a game and love it, you might not remember the dialogue 10 years later. You might not remember the colour of a character’s top, or the buttons to push to trigger their special attack. But music… music is something that will stay with you. It’ll softly haunt the recesses of your mind until you hear it again and unleash all the memories it has held for so long. Music is something you don’t forget.