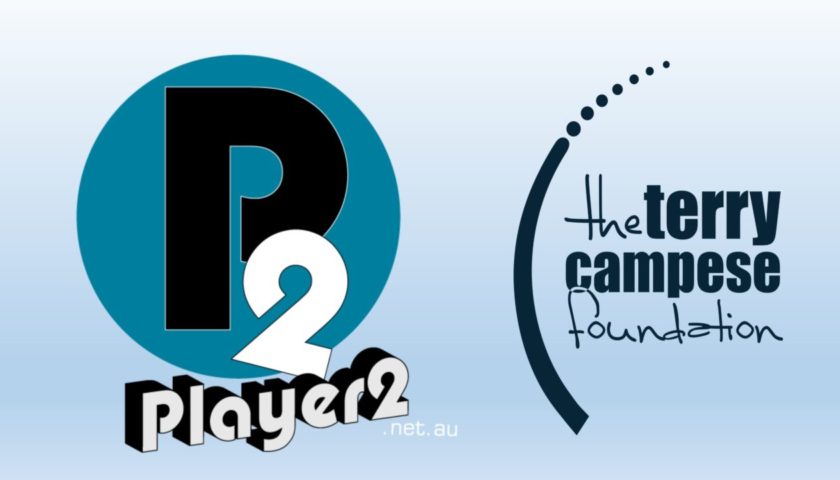 It’s done, over, finished. The event we have been building up to for 4 months has come and gone and it was more successful than we could ever have imagined. The Player 2 crew got together and played 24 video games in 24 hours, raising $3715 (so far) in the process. Considering our fundraising goal was $2500 we couldn’t be happier. What is even better is that every cent of that amount will go to needy, sick and underprivileged children and families in the Canberra/Southern NSW regions. From children suffering through childhood cancer to families unable to purchase school supplies, The Terry Campese Foundation aims to improve their lives and help make the tough times better.

Some of the highlights from the big event were

Of course, there are many people I need to thank, for without their help this event would have been nowhere near as successful. Firstly I would like to thank Terry for his support of the event. When I first spoke to Terry about it I am sure he thought I was mad, but he went along with it anyway, supporting it every step of the way. Next is Jordan Rapana, giving up your time to come to my place and play video games with some very excited kids (and a few adults) was a real highlight of the event. You made the event special and without doubt helped us to raise such a great total.

I would also like to thank my Player 2 crew. They put up with my mad ideas and go along with them, even when most normal people would tell me to bugger off. They have been promoting the event on their social media channels and drumming up support. Special thanks go to Paul, Jamie, Jenn (and her partner James) and Adam for joining me during the event. Paul drove to Canberra from Melbourne and Jamie flew from New Zealand for the event so they really put in the extra effort. Also special thanks to Sarah for donating some prizes and hosting a Diablo 3 session at stupid o’clock, and Krystal for giving our Twitch channel the facelift it so desperately needed.

To all the PR companies that donated prizes I also extend my deep thanks. Ubisoft Australia, Five Star Games, QV Software, Namco Bandi Australia, Defiant Development and Hammerspace Games. Your donations of merch and games helped make this event the success it was. It allowed me to reward those generous donations and encourage people to hand over some of their hard earned dollars to a good cause. I have said it before but the Australia Gaming PR community is among the most generous groups I have ever been apart of and I cannot thank them enough.

Of course a big thank you goes to everyone that donated, watched and shared the event. It is because of your generosity that we raised over $1000 more than our fundraising target. Know that your help has made someone’s life much happier.

The final thanks go to a special person who helped run the event, fed the 40 or so people on location, give me guidance, helped with the graphic design, provided much needed moral support and suspended her own life to help. That person was my wife Amy, without her backing me up in these insane plans I would never be able to organise and run such a wonderful event.

So with the event over it is almost time for normal service to resume at Player 2. We still have the prizes to giveaway and any donation made before the end of the month will be in with a chance of winning some of these great items so it isn’t too late to donate. People that have donated keep an eye on your email addresses as that is where you will be notified if you are a winner.

That is it, the marathon is done and I am going to spend the next few days catching up on some sleep. It has been fun, rewarding and most of all successful. There have already been rumblings of a sequel next year so there is every chance I will be annoying you all again soon but until that point, this is me signing off.