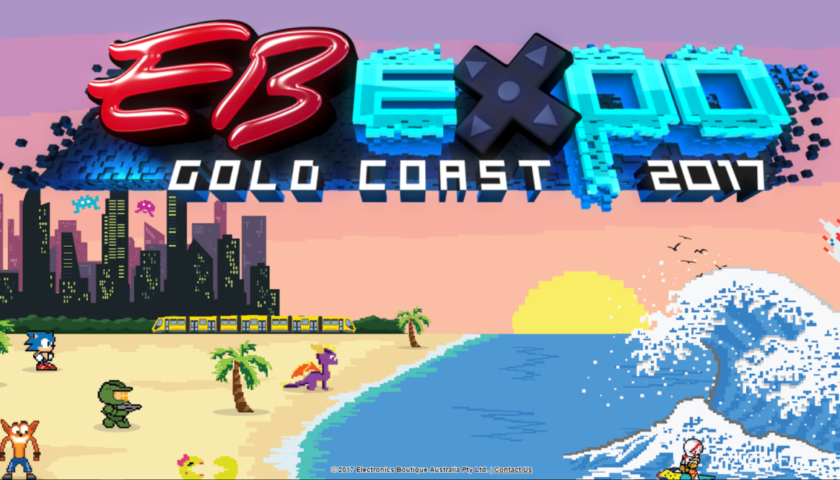 Broadbeach was home once again to the EB Games Expo, which ran from 7-8 October at the Gold Coast Convention Centre and provided fans with an opportunity to play a plethora of upcoming titles across the major home consoles and Nintendo’s new handhelds. This was my first EB Expo and I was impressed with the convention setup and also the presentations that made it feel like a local E3. There was not a lot of “fluff”, because it was very clear that most people went in with a purpose – to play demos of upcoming video game releases.

Here are four of my favourites from the weekend that you can look forward to on your console or PC in 2017 and 2018.

Aside from the standard battle system, Ni No Kuni 2 introduces a new delightful skirmish mode where you face off against enemy battalions on a battlefield. The skirmish mode is actually dual-purpose, not only providing players with a break from standard gameplay, but also being used as a way to open up new terrain to Evan in order to progress the story. It uses a similar rock-paper-scissors system familiar to Fire Emblem fans, and encourages further strategy by allowing the player to rotate the troops around Evan and position powerful troops to attack first. The system was simple to pick up and the interface was straight-forward enough that very little text was required to explain further. I loved this demo and could happily replay it over and over again. I didn’t entirely enjoy the pet (almost Pokemon) system that was in the first Ni No Kuni game, but I am more drawn to the Higgledies that are in the sequel. If time permits, this will be a launch-day title for me in January 2018.

Giving credit to Bethesda for setting up an amazing booth for this game at EB Expo this year (where we were walked to a booth in a mock 1950s diner). Irrespective of my opinions on its political nature, I think it is important to note that Wolfenstein 2: The New Colossus is a polished game with a lot to offer in terms of difficulty options, map control, and narrative for FPS action-adventure fans. Victorious in the Second World War, the Nazi regime are now hunting down William Blazkowicz – the protagonist in The New Order. Initial gameplay has Blazkowicz wheelchair-bound, facilitating some interesting hindrances in navigating the map but also giving players a chance to mess around with some special tech to assist with crowd control. Every element of the demo was perfect, such as the little push-back in your wheelchair after you shoot an enemy or the way that your movement is hindered (not in speed, but your turning reaction is greatly diminished). Most of all, it left me wondering what will happen that will allow Blazkowicz to escape his current predicament and rejoin his American revolutionaries. I am even more keen to pick this up as a holiday 2017 title.

I sincerely hope that I found the right fish. But I won’t know if I found the right fish or even if it changed the outcome of the story. The demo that I played at EB Expo was Connor’s story as the android negotiator tried to arrange the safe return of a girl that taken at gunpoint by a rogue android. The game tries to keep the interface as minimal as possible, and I will admit that it presented some initial challenges for me in trying to figure out what I was supposed to be doing or what prompts were important. I never knew if I was just examining an object or about to recreate a pivotal scene. Either way, it really highlighted the really strong narrative that was required to underpin the gameplay – that you could still get a satisfying outcome on minimal examination of the area. I know for a fact that I didn’t examine the crime scene as comprehensively as others did, and it probably predicted the outcome of my playthrough (where Connor grabbed the girl and hurled himself and the rogue android to the street below). But when I walked out of the demo, I wondered if the reason that I chose that route was because I saw Connor as disposable, like other people in the game. That’s messed up. I hope they follow up with an announcement on the release date in 2018 soon, because I would really love to grab this game!

Oh I remember Super Mario 64. Do you remember Super Mario 64? It was the Mario game where Mario jumped into paintings and you selected the star that you wanted to collect in the Shifting Sand Land or Dire Dire Docks. What I love about Super Mario Odyssey is that it is not even asking you to select your mission. Running around New Donk City, I came across achievements as naturally as breathing. I ran into the town’s mayor and she sent me on an errand to find musicians to play at a gathering at town hall. However, on my perusal of the city I fell into a sewer and found a puzzle to complete. At no point did I have to “restart” the area in order to commence a new objective, and it helped me to continue to explore and appreciate the area. I was a little bit uncertain about the new Mario game for the Switch, and I was not even thinking about picking it up at all after feeling a bit so-so about Mario Galaxy. While it was not enough to convince me to get it at launch (the game will be released in October 2017), Super Mario Odyssey will definitely be a game that I will pick up in 2018.