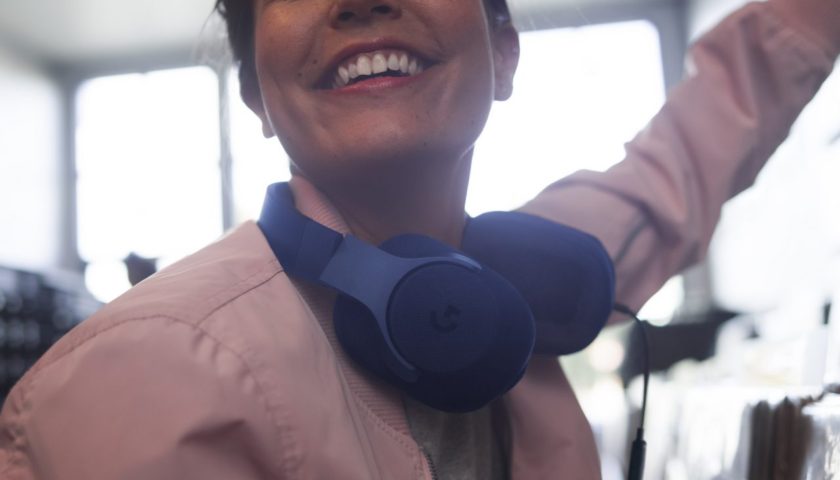 Besides graphics and gameplay, sound is probably one of the most important elements of a video game – yet it’s one that doesn’t get quite the same attention as what’s actually on the screen.

When you take gaming seriously, however, you start to understand the importance of a good set of headphones – not just sound quality, but build quality, comfort and even how many audio channels it can provide.

At a basic level, you can use anything with a 3.5mm jack to get some sound, and a pair of headphones from a discount store will certainly get you started without lightening your wallet in any noticeable fashion.

At the higher end of things you’re looking at what’s known as “Battlestation” headsets – designed for long gaming sessions with high-quality audio and microphone, but generally too clunky for everyday use; in that you’re not likely to take them on the train or wear them at the gym.

Logitech’s latest headset, the G433, is an attempt to bridge the gap between a high-end gaming headset and an everyday life headset that’s equally at home attached to your PC or console as it is plugged into your smartphone when you’re out and about.

The big attraction of the G433 is that it offers 7.1 channels of sound on PC, giving you full surround sound without having to put speakers and cables all over the place and have everyone else in the house or living nearby complain whenever you crank the volume on Doom or Call of Duty.

On PC, the headphones connect to an included USB dongle that provides the 7.1 audio ability when running in conjunction with Logitech Gaming Software – the same software that adds functionality to the company’s gaming mice and the PowerPlay platform.

They also have a standard 3.5mm connection which lets them be plugged into consoles, MP3 players, iPods (not the new one), tablets, and smartphones.

As with any self-respecting gaming headset, a detachable microphone with noise-canceling abilities also features.

Before I get into the techie specs and sound quality, it’s worth taking a moment to look at the design and construction of the G433, because they’re quite different to anything else I’ve used.

The unit comes in four colours – black, red, navy blue and blue camouflage. The unit Logitech provided me for this review was navy blue, which I found rather appealing aesthetically; it’s clear the company intends the G433 to be as much a fashion item as a functional digital device accessory.

The headband is made of a carbon fibre and steel composite which is lightweight like plastic (which also features in the unit construction) but strong enough to withstand a lot of use, providing flexibility.

The cups and pads are covered with an interesting mesh-like material, which provides breathability, and the unit also comes with a microfibre pad option for those who don’t like the mesh feel around their ears. The cups also fit around the ear, rather than on them, and provided very good blocking of background noise.

One of the big advantages I found from the mesh material was the breathability they offered – extended gaming sessions with leather headphones can sometimes lead to hot, sweaty ears (particularly in a Queensland summer) so the breathable mesh certainly helps there.

The headphones are indeed comfortable and lightweight to wear and gave an extremely good account of themselves across a range of PC games.

Due to using a 3.5mm jack, they can be plugged into a PlayStation 4 or Xbox One controller as well, albeit only in stereo mode. Despite this, they work extremely well, with very good quality sound across several PS4 games which were tested. Additionally, the G433s were excellent for sound with streaming TV services via the PS4.

As a headset for listening to music on my phone, they were good but not outstanding – they absolutely did the job, but there was nothing remarkable or particularly notable about their performance in that regard.

Despite the good gaming sound quality and comfort, the unit feels a bit plasticky, with the headset lacking the heft you’d expect from a unit at this price point.

The bass didn’t always come through as prominently as I’d hoped, either – it was perfectly adequate but there were a few times I felt it could have used some more “oomph”.

Running the 7.1 mode on games only set up for stereo output can result in a sort of hollow effect on the sound; disabling the mode fixes that and the stereo sound on PC is still very good indeed.

There are three cables in the box – a PC cable (which connects to the 7.1 audio USB adapter or a console controller), a smartphone/tablet connection cable (which has an in-line microphone and command buttons for playing/pausing music etc) and a split headset/headphone cable.

Now, for some technical specifications! Weighing in at 259g without the cable, the G433 has a 40mm proprietary Pro-G driver with a 32 Ohms impedance and a frequency response range of 20Hz to 20KHz.

While the G433 can’t be everything to everyone, they do an excellent job of being quality multifunctional headphones that can fill several roles, essentially allowing gamers to take their headphones on the go.

At an RRP of AUD$169.95 they’re not a budget option and they’re not going to appeal to audiophiles or the super hardcore PC gaming crowd, but for everyone else, but their quality, performance and versatility mean they’re a good all-rounder with plenty of flexibility, no matter how or where you choose to use them.