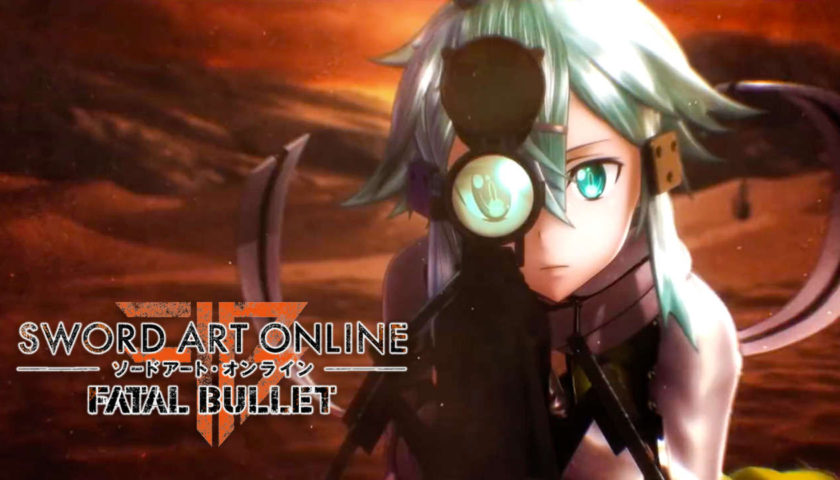 It took a while for me to warm to Fatal Bullet. It didn’t help that the game features more loading screens than Loading Screen: The Screen Loading Simulator. Also working against it was the opening two hours that featured so many explanations being thrown at me that I started to feel like it was trying to train me to be a pilot rather than to play a nice little action RPG. And atop all this, a story that is excruciatingly difficult to put up with, consisting of overly-chirpy Anime characters going on and on and on and on and on an – yeah, just keep pressing the button and ignore it all like I did. Honestly, it doesn’t even matter which conversation option you choose whenever they pop up, just keep pressing that button to get through it. It’s not worth reading. It’s full of characters being super nerdy about the game within a game they are playing. Seriously, no players ever talk like these people. No one ever stands around and chats about the latest patch or stays so in character that there is no suggestion of an actual intelligent human being behind the in-game avatar. In a game purportedly populated by players, everyone in Fatal Bullet an NPC, with zero personality and no reason to listen to them. Unless you really like the show this is based on, in which case you wouldn’t even be reading this review, you’d already be playing.

Anyway, you’re in this virtual game called Sword Art Online, but this part of the game is all about guns, but you can also use swords if you want to, or swords and guns together. It’s all a bit confusing. In general, once you’ve pressed the talk button a thousand times, you’re plonked in a lobby area, from which you can seek out quests and travel to PvE regions to fight spawning mobs, eventually reaching dungeons through which you fight more mobs and eventually a boss, then repeat, repeat, repeat. It’s a bit like Destiny or Borderlands, but not as good and with a Japanese dub and lots and lots of complicated systems that don’t do all that much to make the game very fun to play.

You’ll need to get over the hurdle of the game’s obsession with complexity. There’s no “optimise equipment/guns” option. This is not a friendly AAA shooter. Oh no, this is an ostensibly complex beast, because you know that complexity is what all the nerds want in their games, right? Case in point: you have skills, on which you first need to spend points to unlock, and there are different skills for each weapon class as well as for melee. Okay, once you’ve unlocked these skills, you then need to equip them for your character, but it’s not enough to just equip them once, you must go through each and every weapon type and equip these skills, otherwise you might be out in the field and come across and awesome shotgun, equip it and find you have no skills set. Then, once you’ve done this, you also have to do it for your AI companion, whom you gain early on and is apparently some rare drop that all the other players are a bit jealous about, but which in reality just acts as a backup healer and mostly useless aggressor.

The first few hours, you’ll wrestle with sluggish controls, lack of weapon feedback, a baffling lack of a cover system (even though there is cover galore provided), a system whereby you have to match stats to weapons so that you’re constantly sitting on a stash of upgrade points for both characters, just in case a better weapon comes along, and bosses that will rip you a new arsehole time and time again.

But then – THEN, after about four hours of wondering what the hell you are doing even playing this game, it gets into a groove and you start to make sense of things and you start to beat bosses first go and you start to – GASP! – enjoy it! I found myself coming around to it slowly, going from dismissive ambivalence to wanting to load it up to take another run at a dungeon. I started to realise that even failure brought gains, giving me level up points and resources so that those seven deaths to the same boss weren’t completely wasted. When I discovered the importance of critical hits, well, I flat out started to LIKE the game! Critical hits are everything in this game, you must master them. You can spend a whole clip on an enemy and waste 30 seconds of your life, or you can equip a shotty, take aim at its head (or whichever red, glowing soft spot it has) and smash it to bits in one or two shots. Bosses also start to fall easier once you master crits. Crits are the shits!

While I can’t recommend SAO: Fatal Bullet unconditionally, there is something of a warm, beating heart beneath its cold, chatty exterior. There’s a challenge here and satisfaction to be had, albeit through a thick swamp of agitation and frustration (and loading screens). Still, even now, as I write about it, I’m itching to get back to it. There’s a deeper grind that has its claws in me and now that I’m in, I don’t really want to get out.