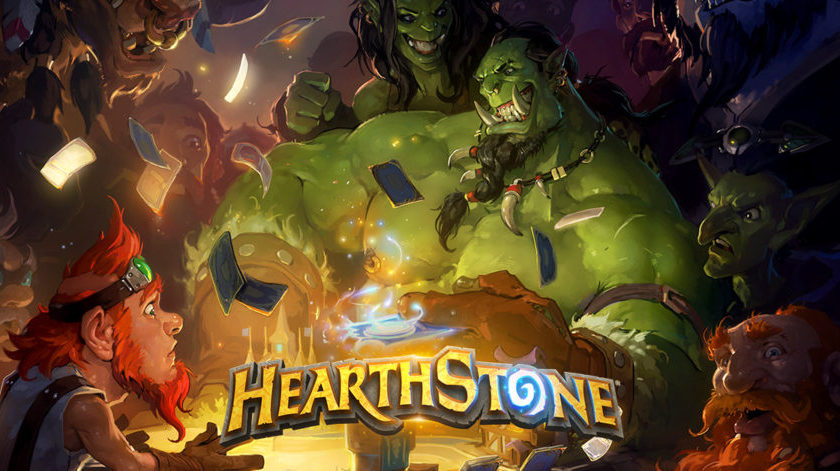 Obviously, most of us do not have those skills – or the time to practice getting them – which is why the esports professionals continue to amaze and impress with their skills.

But what about those of us who’d like a tilt at the esports windmill and refuse to let our lack of fighter pilot-esque reflexes stand in the way of our dreams?

Being turn-based, rather than real-time, Hearthstone replaces speed and twitch reflexes with strategy and tactical thinking – making the game accessible to a wider cross-section of people as a result.

One of the best demonstrations of this was the Hearthstone Championship Tour held in Sydney in February, in which players from across the world descended on the harbourside city to get comfy in

The advantage of the slower gameplay style is it means it is available to a much wider cross-section of people as an e-sport and the Hearthstone Championship Tour was recently held in Sydney, bringing players from across the world.

The Championship Grand Final was won by Jack “Jakattack” Gifford, who travelled from the small New Zealand town of Greymouth (population 9690) on the South Island’s rugged West coast; and beat Thai opponent Puttiwat “Odyssey” Tuntiseranee in a gruelling best of five playoff for the top spot

Speaking ahead of the championships, Gifford said he’d originally begun playing League of Legends but switched to Hearthstone since it was a lot easier to fit in with his work and general life.

“I can’t play League of Legends anymore because it’s a full-time job – it’s great if that’s what you want, but if you’re stuck on the outside (of the scene) it’s not possible,” he said.

“It’s nice to have an e-sport that’s not a team. Teams require a lot more work than you’d think, trying to keep everyone together, organise a time for practice, etc.

“Hearthstone is also a quick game – it is faster (to play time-wise) and being a one-vs-one game it makes it a lot easier to practice.”

Gifford said he planned to move to Australia for work in the near future and appreciated how Hearthstone’s game style meant he could still remain competitive while focussing on his new job.

“I just have a need for a competitive outlet and Hearthstone is one of the few games that can function on a part-time player basis,” he said.

Gifford isn’t the only top-level Hearthstone player who found Hearthstone’s different pace allowed them to reach the game’s highest echelons, either.

Sydney-based Eamonn “Ender” Kashyap is a wheelchair user due to arthritis and said the more strategic focus of Heartstone allowed him to enjoy the game and do well at it without having to invest a lot of time in it – particularly compared to other esports – and let him compete on an equal level with all the other players.

“It’s great – a year or two ago I was in a lot of pain and couldn’t play other games – but I can play Hearthstone,” he said.

Kashyap – who narrowly missed out on a finals spot at the Sydney event after being defeated by Tuntiseranee to place fourth –  was originally a DOTA 2 player but made the switch to the Hearthstone in 2015 and hasn’t looked back since.

“It’s fairly popular and I’m good at it,” he said.

“My skills align well with it, there’s prize money involved and it’s fun to play – that’s why I’ve managed to get good at it.

“Hearthstone is slower in terms of gameplay but the games themselves are much faster – it’s easy to play quite casually.”

Kashyap said his transition to Hearthstone professional gamer had been generously helped by financial support from the Starlight Foundation – with the more relaxed competitive community playing the game helping as well.

“I think it (Hearthstone) probably has a more casual audience in general and I think there’s a lot less emotion at these tournaments – DOTA or something you really, really get into it, in Hearthstone you’re a bit more removed from the game so you don’t have those emotional outbursts,” he said.

“Everyone is really nice to each other – the Hearthstone community is really supportive and everyone works together.

Brent “Hearthstoner” Tonisson is a 17-year-old Sydneysider in his HSC year who competed in the championship, placing ninth despite only becoming a keen Hearthstone player in mid-2016.

Tonisson said he appreciated the ability to balance his study with practising for the championship, and one of the benefits of the game was that effectively putting it aside for some time after the championships to focus on his HSC would not affect his Hearthstone skills.

He said the game was particularly easy to for people to get into, helped by its wide accessibility.

“You can play it on a tablet, mobile or computer…  the processing power (required) is a lot less than other e-sports,” he said, adding the ability to play on tablets or mobiles meant players could get a game or two in on the train or while walking home as well.

Tonisson said his parents were also behind his competitive gaming as well.

“They support me because they know I enjoy it and something good will come out of it,” he said.