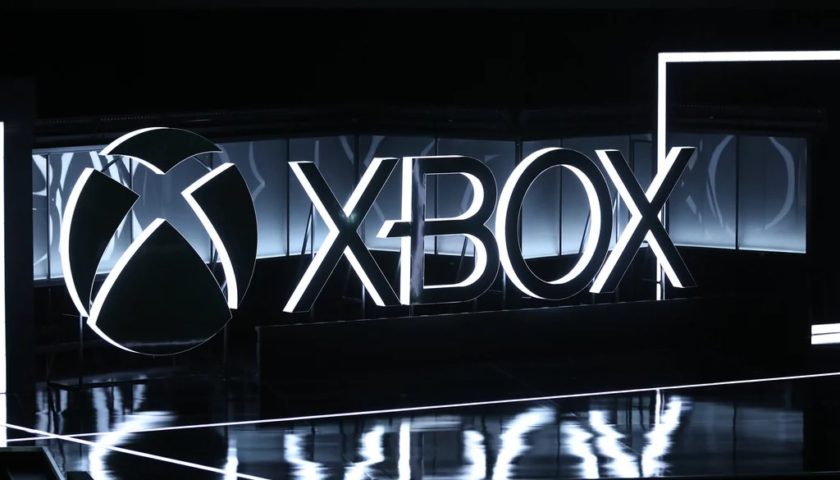 All the big announcements and trailers from the big shows, right here on Player 2. Microsoft is now up to bat.

So Microsoft needed to hit it big this year and there is no doubt that they did just that. That isn’t to say all of Xbox’s problems were resolved, but it was certainly a big step in the right direction for the big green box.

Halo kicked things off, not much of a showing apart from a beautiful trailer on a brand new engine. It looks stunning, but apart from that, all we know is it is called Halo: Infinite. Not sure if it is a continuation of the previous games or if it is something else. Master Chief did appear briefly at the end though, so that would imply it is a main game.

Next up was Ori and the Will of the Wisps. Looks just amazing. Honestly, words can’t do it justice. Sharp platforming and amazing visuals means this one should be another cracking title.

Next up was a bit of a surprise. From Software’s newest title, Sekiro: Shadows Die Twice. Most thought this would debut at Playstation. Regardless of console politics (that’s what we are calling it) this certainly looks like a From Software game. It seems to have a similar setting to Nioh, but will no doubt have plenty to separate it from that title. Souls fans everywhere are more than a little excited over this one.

The stage was then invaded by Todd Howard. He popped in to tell everyone that Fallout 4 is coming to Gamepass and to drop a trailer for a little game called Fallout 76. I must say that game looks so much better than any Fallout game. It has to be a new engine. Not much in the way of gameplay though, expect that at the Bethesda show later today.

Next was another surprise. Dontnod has another game coming (busy team right?). The Awesome Adventures of Captain Spirit, a title set in the same universe as Life is Strange. It has the Father/Son feels working overtime. What’s more is the game is free, available to download on June 26.

Crackdown made its annual appearance next and while it is easy to take the mickey out of the game, I have to say the gameplay part looked fun. The fact it has Terry Crews in it makes it even better. It is coming out on Feb 22 and if it manages to be a stupidly fun, over-the-top action game I will be happy. Delays are good if they make the game better after all.

Next, another title scheduled for Feb 22 (That day… whoosh, something will have to give), Metro Exodus. It looks great and appears to hold the same level of tension and fear the first two games had, despite it being set outside for the first time. I can’t wait to continue Artyom’s story.

Xbox managed to get Kingdom Hearts 3 on stage next, which is great for their players. Another series that they can dip their toes into the first time. It looked stunning and despite having never played a KH game, I am very interested.

There were quite a few little announcements along the way too. Nier: Automata is coming to Xbox One as a complete edition, two new expansions were announced for Sea of Thieves and Battlefield V showed off a little bit of the War Stories campaign.

To no one’s surprise Forza Horizon 4 was announced and boy oh boy did it look good. Seasonal changes in the English countryside and a shared world mark the biggest additions to this entry. Look Forza Horizon is the best driving franchise on consoles and this looks to continue that. Sign me up.

Perhaps the biggest news from Xbox, however, was the announcement of 5 new Microsoft studios, one of those the acclaimed Ninja Theory. Here is the full “PR” version of the announcement.:

Microsoft announced it is doubling its game development studios by adding five new creative teams to the Microsoft Studios family. New investments include the formation of a brand-new studio, The Initiative, the acquisition of Playground Games, and letters of intent to acquire Ninja Theory, Undead Labs and Compulsion Games.

Another Japanese surprise with the announcement of Tales of Vesperia Definitive Edition. It marks another traditionally Sony franchise making the trip to Xbox. Apparently, it is the best in the series too.

The Division 2 then made its debut, complete with terrible fake team talk. Look cheesy talking aside it looks like a more refined version of The Divison with a Washington setting, more cool gadgets and different types of enemies. Hopefully, they don’t stuff the end game this time around.

Gamepass then got a mention, with a tonne of new games coming to the program. Look it is probably not for the hardcore gamers out there but man does it represent some value for families, students and those just strapped for cash.

Then we had the tradition showing from ID@Xbox, otherwise known as INDIE MONTAGE! So many good looking games in this that it was impossible for me to keep up when I was live tweeting. Check them all out, they look great.

Lara was up next with Shadow of the Tomb Raider. Look this one didn’t really bring any surprises but more Lara is a good thing. Rise was fantastic and there is no reason to believe that this one will be anything less than great.

Microsoft then pulled the old “switcheroo” on the crowd. A skateboarding game was shown, I could almost hear the Skate 4 chants from here. But no it was the announcement of Session, a crowdfunded title that looks to fill the hole that the Skate franchise once occupied. Here’s hoping it lives up to that ambition.

Another big game for Capcom announced and another surprising addition to the Xbox conference was Devil May Cry V. The trailer focused on Nero (although Dante made a late appearance) and it sure did look like a pretty Devil May Cry game. Fans everywhere are frothing at the mouth to pick it up. It isn’t coming until 2019 though.

Cuphead made another E3 appearance, this time with an expansion. Not much needs to be said about that except it still looks gorgeous and it is still likely to make you throw your controller through the window.

Xbox then brought out even more Japanese sourced content with Jump Force, an anime mashup featuring characters from Dragon Ball, Naruto and One Piece. One for fans, but I am not sure it will be a breakthrough title like FighterZ was.

Now perhaps my game of the show, Dying Light 2. This looks amazing. I loved the first title and by the looks of things, it is going to be everything I could have ever wanted from a sequel and more. They are introducing a new choice/consequence system that just has to be seen. There were two trailers for this one, both deserve to be watched.

Then came a game that has been requested for decades. 3 heroes return to bring justice and eat flies. Battletoads is coming in 2019. Sadly no gameplay was shown but hey, it is coming, that’s something right?

Then we got all the explosion a gamer could ever ask for with the return of Rico Rodriguez in Just Cause 4. This time with tornado surfing… I am not even joking. Just Cause 4 is coming December 8.

We then had a Gears reveal that set the cringe factor to 10. Gears Funko Pop. Thankfully it is on mobile and we can all safely ignore it. What was more exciting was the announcement of both Gears Tactics and Gears of War 5. Gears Tactics is a PC turn-based strategy game that appears to be very much styled on Xcom. Gears 5 is… more gears. At this point you know if you are excited about that and as for Gears Funko… let’s all pretend that didn’t happen, shall we?

Finally, the Xbox conference ended on a super high note. Cyberpunk 2077. Let’s all just watch the trailer and dream of how good this game is going to be.

So that’s it. Xbox done. So many games, almost too many, but it was great to see such a focus on the games. The only problems I really have is a lack of titles this year for Xbox, with Forza Horizon the only first party title scheduled for release. That said Microsoft is certainly moving in the right direction and 2019 looks to be a cracking year for Xbox.