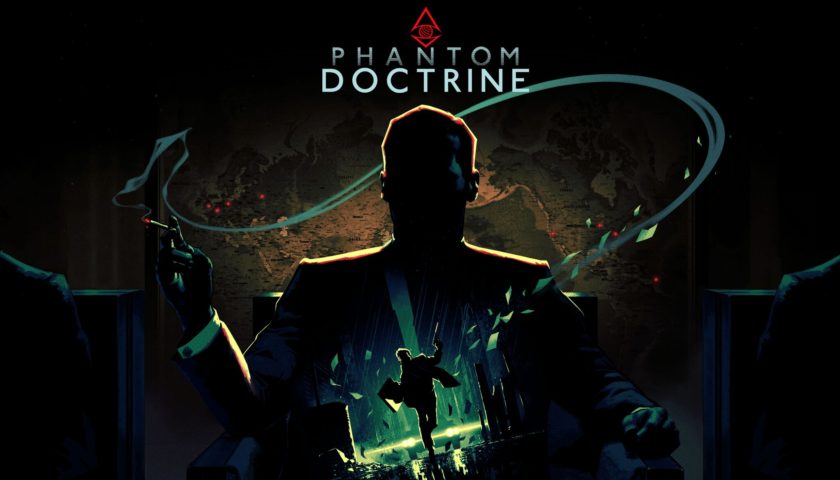 The Cold War was a massive cultural presence throughout the second half of the 20th century, running effectively from 1945 to 1991 with hundreds of millions of people living with the very real possibility of a US vs Soviet Russia nuclear war.

For such a massive cultural touchstone it’s also one that pretty much stopped featuring in computer games as soon as the dust from the Berlin Wall collapse settled, which is a shame because who doesn’t love a good spy story?

Three decades later we’re finally starting to tap into the opportunities the era offers – from excellent shows like The Americans and Deutschland ’83 through to the new upcoming game Phantom Doctrine, developed by Creative Forge and published by Good Shepherd Games on Steam later this year.

Set in 1983, Phantom Doctrine puts you at the head of your own independent intelligence agency (like the one in the first few series of Archer, but hopefully less booze-fuelled and dysfunctional) tasked with bringing down a shadowy cabal which is trying to inflame tensions between East and West and all the horrible things that would ensue.

The developers kindly gave me a chance to look over the demo at this year’s E3 in Los Angeles and I was very impressed indeed with what I saw and experienced.

Broadly, the game came across as a Cold War-themed XCOM, starting with the base-building aspect where your clandestine HQ is developed. Staff such as forgers (for fake passports), chemists, intelligence agents and more work here

Your team of agents all have codenames and identities and can be fully customised  – if you want to send Agent 47 or James Bond lookalikes out into the field then go right ahead – and critically, you will have to re-customise them every time their cover gets blown. As part of this, you select a new, period-accurate false passport (both West and East Germany are among the options) as well as clothes, and a name. The names are customisable, but you can also use randomly chosen names of real people from several countries in 1983, acquired using period census details.

One thing the developers are keen to avoid is the situation where highly experienced squad gets wiped out in a botched mission, effectively ending the game for the player as their remaining units are too inexperienced to handle the tougher foes they will encounter.

Accordingly, agents in the game possess the same basic skills, but advancing in those skills will open up additional options which the player might find helpful.

For example, any agent can equip a sub-machine gun and use it to the same degree of effectiveness, but only one with weapons handling experience can equip a suppressor to it. This provides additional options for infiltration or target elimination but doesn’t make a mission nearly impossible if the available agent lacks the skill.

Your agents all have language abilities, so sending an agent who speaks the local lingo on a mission will make things easier and might reveal new intelligence options during an operation.

Gathered intelligence goes on a recon board, where the player connects information extracted from it with red string – much like you’ll see in a detective drama or conspiracy thriller.

For example, one report may mention operative “Lost Cosmonaut”, with no clues to their identity, along with an operation codenamed Thunderbird. Another dossier may reference Operation Thunderbird with a totally different operative, so you can connect the two pieces of intel – which then leads you further down the rabbit hole until eventually you can work out the identity of an agent or the nature of an operation and start planning action accordingly – it was a rather effective way of handling things, I thought.

Agents are despatched via a world map and have a variety of actions available including recon and direct action against a target. In the demo, the agency was trying to stop a foreign spy from uncovering information on the location of our HQ. Time was of the essence, so there was a choice to make between going in hot and taking out the target, or spending precious time we might not have to recon the target and make for an easier mission.

I opted for recon, and while it bought things harrowingly close time-wise, it meant I started the mission knowing the location of both the target as well as all the security systems.

Missions are reminiscent of XCOM as well, being turn-based (with agents having a number of movement and action points, and having to make tactical decisions about how to move around the map). As a fan of that game style, this was further good news.

Because of my earlier recon efforts, one of my agents was able to don a disguise to infiltrate the hotel (where the target was staying ) unnoticed while another – a marksman with a rifle – was able to position themselves opposite the approximate area the target’s room was.

A particularly alert hotel employee noticed something suspicious and raised the alarm – which flushed the enemy agent right into the line of fire of both the disguised operative and the marksman. In the full game, I could take up the option to try and capture the enemy agent alive (to interrogate or try to turn them), but in the demo I was making an example of them so a burst of SMG fire and a well-placed rifle bullet permanently ended the enemy agent’s investigation, leaving my team to head for the extraction point and complete the mission.

Indie games can be a bit of a gamble, but based on what I saw at E3 I’m very optimistic about Phantom Doctrine; it has a release date of Quarter Three this year and I’m very much looking forward to preparing for operations with it.

Royce Wilson attended E3 as a guest of Ubisoft