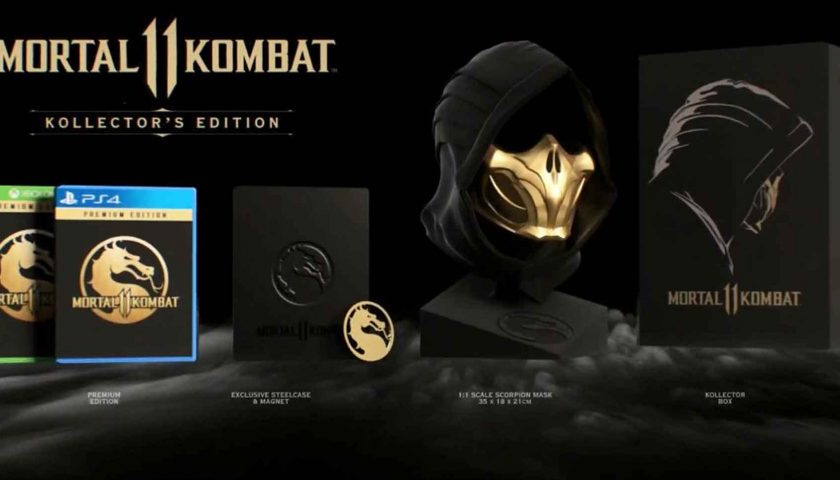 Well the MK 11 reveal has been and gone with a host of juicy information hitting in the process. let me start off by saying this is sure looking like a Mortal Kombat game. Blood, guts, brains, skin, eyeballs, pieces of the lower bowel as far as the eye can see. I have been playing MK games since the first title but some of the fatalities even made my stomach clench a little.

But let’s face it, that was expected. What was surprising was the new features they are including in the game, some big, some little. Perhaps the most interesting is the custom character styles. The previous game included three different fighting styles for each character but in MK 11 those character styles can be customised with different moves and appearances. What isn’t clear is how these things are tied into gameplay, I hope they are not linked to loot boxes because frankly, that is what put a stain on the otherwise great Injustice 2. My guess is they will be Krypt unlocks, which while not as bad as loot boxes, is still a little frustrating, at least until some helpful soul puts a list of Krypts and their contents on the internet.

Other new features include 3 separate special meters instead of one shared. There is a meter for enhancing attack moves, a meter for escaping from trouble and combo breakers and finally instead of having an X move that uses all of a particular meter if a character’s health reaches 30% they can trigger a Fatal Blow move, which is this games version of the X-ray attacks. There are also parry and hop moves to increase tactical options, an increase in slo-mo moves and the return of environmental attacks. We also had the first 7 fighters revealed. Old favourites Raiden, Sub Zero, Scorpion and Sonya are back from MK X, Baraka and Skarlet are returning after a game off and new fighter Geras. The reveal also confirmed one of the worst secrets in gaming, that Sonya Blade is being played by Rhonda Rousey. Rhonda is only voicing Sonya, not providing mo-cap so it seems a bit like getting a celebrity for exposure sake as opposed to adding something significant to the game. Don’t get me wrong, I think Rhonda is fantastic, but getting one of the worlds premier fighters in on a fighting game only to get her to do voice work seems like a bit of a missed opportunity to me.

Finally, the customary collector’s edition was revealed and it is a pretty good one as far as these things go. A very cool looking Scorpion mask is the statue, along with Shao Kahn and beta access. It is super expensive and only available in the US at the moment though. No word on an Aus release. Expect more editions to be announced in the days ahead if past Netherealm releases are anything to go by.

Mortal Kombat 11 is hitting PS4 and Xbox One on the 23rd of April.