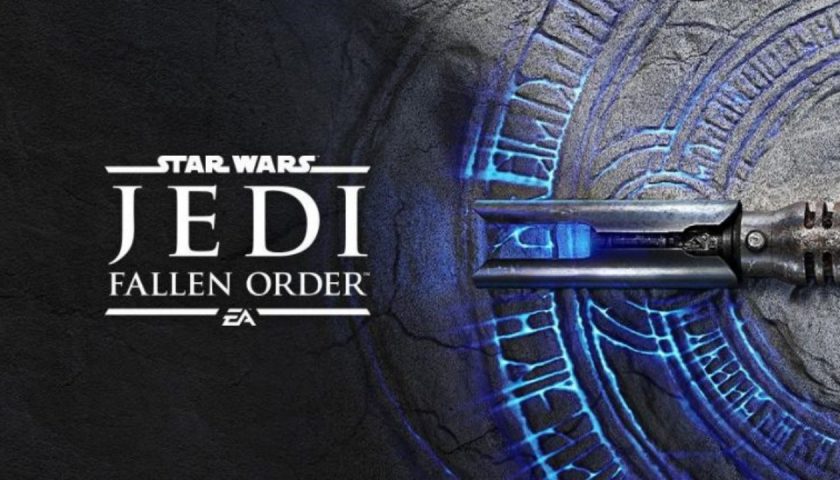 Since it’s very awkwardly considered reveal at E3 2018, a whole heap of pressure and questions have followed Respawn’s Star Wars: Jedi Fallen Order, and the developers at Respawn, publisher EA and IP owners Disney have been very tight-lipped in response. Understandably all parties are a little hesitant to pull the trigger, what with the furor that followed the announcement, future cancellation and shuttering of Visceral Games, the developers of Amy Hennig’s single player Star Wars title. The dam wall is on the verge of bursting though because with a supposed holiday 2019 release drawing ever near, and confirmation that we’ll be learning something at this weekends Star Wars Celebration. With that in mind, and a million questions swirling in my mind, I extracted the six that I need clarifying before my excitement can be let loose upon the world.

The core premise of the campaign of Star Wars Battlefront II was a solid one, but I’m of the firm belief that it was held back by the invisible hand of Disney who demanded unnecessary cameos from existing admittedly iconic characters. We didn’t need Luke and co. crowbarred in to make things feel cozy and familiar. Fans are rebelling (pun intended) against the same familiar faces appearing time and time again, and long for the days of the expanded universe where the connections to the core story were minute and the new cast had room to breathe and make establish themselves in the narrative on their own terms. Knights of the Old Republic did this best and I long for more of this ilk. Please Respawn, can you resist the urge? Or your Disney overlords?

That said, if you have to make an exception… make that exception Ahsoka Tano.

One of the very few things we know about Jedi Fallen Order is that the game is set between episodes III and IV. Despite existing in familiar territory, a region recently dominated by the genuinely fantastic Star Wars Rebels, this window is quite large and gives Respawn a great opportunity to do something fresh and different. We know that the game centres upon a Jedi who survives Order 66, so it’s reasonable to assume that at least initially we’ll be backing right up to the end of Revenge of the Sith, but this story has the scope to span about 20 years, so Respawn, are you going to take full advantage of it?

While we’re at it, when are we playing the game?

What’s the goal here? Again, piggybacking on my last point, we know that Jedi Fallen Order follows a Jedi survivor of Order 66, but beyond simply surviving, where do we go from here? We know that the rebellion is still barely an upstart by the beginning of Rogue one, and you wouldn’t say that things are flying for the Jedi through the period of Rebels either… so what’s the direction here? We’ve got some fixed goal posts in place, which are impossible to screw with, so how does Respawn weave in and out of the existing narrative, without leaning on the tried and true?

There’s one easy way to respond to every question I’ve asked so far, and it links into the setting of the game. Where is it going to be set? If it’s somewhere familiar then expect the links between Jedi Fallen Order and existing canon to be plentiful, but if (as I hope is the case) Respawn strays away from the tired formula then I think one of the best things they could do would be to travel far from the action. Hit the furthest points of the galaxy and build a tale out of that. The more that is new and unfamiliar, the better the product will be.

Similar to the what question, why should we care about those introduced in this game? We know where everything is headed, we know the key beats along the way, so why do we care? The key is again in the setting and cast. If Respawn can manufacture something that is meaningful and is detached from much of the core lore, then they’re well on their way to creating something that will attract instant interest from fans and critics alike. If these stories can somehow exist parallel to one another you can build out an enormous, wide-reaching narrative that never touches the war between the Rebels and the Empire.

How are we playing this the game? Given that we’re assuming the role of a Jedi, it’s fairly reasonable to conclude that we’ll be lightsaber in hand slicing and dicing our way through opponents, but even within that space, there’s a wide spectrum of possibilities. Is it a brutal, methodical affair like a Souls game? A fast-paced, combo-driven affair like Devil May Cry or Bayonetta? Or is a slower, more considered, over the shoulder title like God of War or Horizon Zero Dawn? Pivotal to the games experience is, of course, is the combat, and it’s the answer many are looking for the most from Respawn.

We’re on the doorsteps now of Jedi Fallen Order’s reveal now. Answers are on the way, and without an EA E3 press conference this year, the blowout has to occur soon. Presumably, some of these questions will be answered on the weekend, specifically Sunday, April 14th at 4:30AM AEST, but will those responses be to our liking? Sound off with some of your own ideas down below.