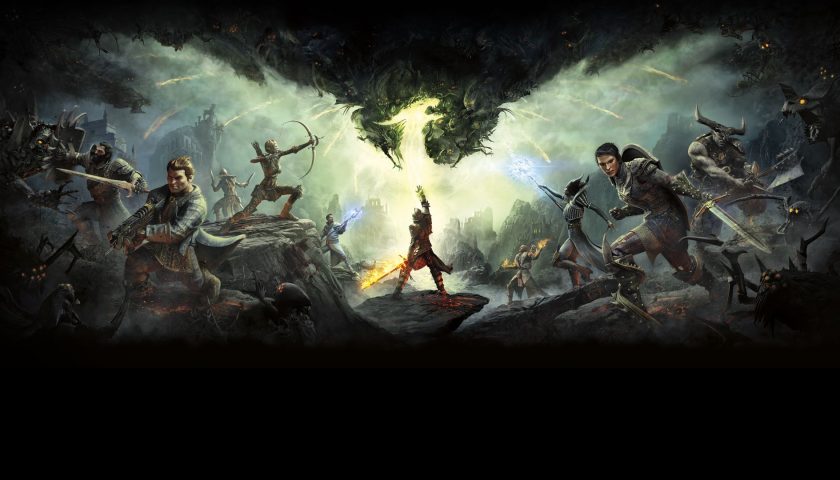 A Return to Thedas

I first played Dragon Age: Inquisition soon after its release on the recommendations of other people.  I had played the original Dragon Age and while I didn’t hate it, it was not a game that grabbed me and drew me into the world.  After passing on the sequel, which by all accounts was not a bad move, Inquisition was not in my radar in any way.  After talking to a few people about it I decided to have a go, and what followed was hours upon hours of time spent in the land of Thedas.  I played through the game twice, romanced different people and even tried being the jerk Inquisitor that everyone wants to punch (not that it lasted).  After finishing the game I put it in my drawer and there it has stayed for the last four years.  I don’t usually bother with DLC for games.  Often by the time they are released I have moved on and I am too busy playing other games to go back and see what has been added.  Fast forward to a few weeks ago, where a regular day at work brought Inquisition back to the forefront of my thoughts.

I work in the warehouse of a furniture store and a lot of our days is filled with stripping pallets of boxes and generally moving stuff around.  Phil is one of the older guys I work with, a nice bloke who is always happy to show me something or help me if I need it.  While we don’t have a lot of things in common, Phil is an avid gamer and a major Pokemon fan, and it was during one of these days stripping pallets that Phil started telling me all about his playthrough of Inquisition.  Discussing his character build, playstyle and even how he prefers to play as female characters (He makes a great point about how the female characters run so much smoother than their male counterparts). We compared choices made, as much as I could remember from my time from the game and he told me about his misadventures in one of the DLC packs that I had never experienced.

Over the course of a week that included a few updates on what he was doing in the game I found myself thinking more and more about Inquisition.  Hearing the enjoyment the Phil had derived from his time with the game brought back the memories of all the hours I had spent wandering the lands of Ferelden and Orlais.  Despite the fact that I still have games in my backlog that I either have not played yet (Hitman 2) or still have a significant amount left to do (Red Dead Redemption 2) then and there I decided that I was going to fire it up and play through the game again.  After a quick look on the Playstation store I had purchased the DLC pack for under $10, and that night, after the DLC had downloaded, I began my return journey into Inquisition.

Coming back to the game after so long away I realised that despite the hardware being the same, the four years that had passed had shown the graphical differences that developers are able to get out of the games released today.  The backgrounds and worlds all look beautiful, but it is when you get up close with the characters in the cut-scenes that you can see how dated it is.  Thankfully in these types of games, it is all about the narrative and the game-play that keeps players engaged, although I must make a special comment on just how atrocious the horse riding is.  After playing Red Dead Redemption it just looks janky as all hell.

Going through the character creator I was undecided on which type of character I should play.  I had already previously been an Elven mage and a Qunari rogue with dual wielded daggers but was not too interested in playing the warrior class.  Hence with a Human archer selected, I stepped out of the Fade Rift and started slaying demons.  Despite undertaking to use a different class to my previous play-throughs, I made the conscious choice from the outset to not to let my memories, faded as they were, to inform the choices I made as this new Inquisitor.  I wanted this journey to be mine, about what I would do and not just the opposite of what I have done before.  I don’t care if I am retreading the same ground by siding with the rebel Mages over the errant Templars.  The leader of the Mages approached me, whereas the leader of the Templars was a right prat.  This, much like anyone else who is playing an RPG no matter which one it is, is my journey, and I’ll follow the path I please.

As it stands right now I still have a long way to go.  I have only just reached Skyhold and been named the Inquisitor outright.  I still have many hours of my journey to complete before I am even ready to undertake the DLC I have downloaded.  I would like to think that I will continue this play-through right until the end, although we never truly know what life will throw in our way.  I know that I am not that interested in the collectables but that still leaves quite a lot of ground to cover.  The one thing I do know is this.  Despite the fact that I have played the game before, I am savouring the rediscovery of this world, and it all came about from a random conversation at work. It is, after all, the little things that can trigger the fondest memories, and I guess I am saying don’t be afraid to revisit them.