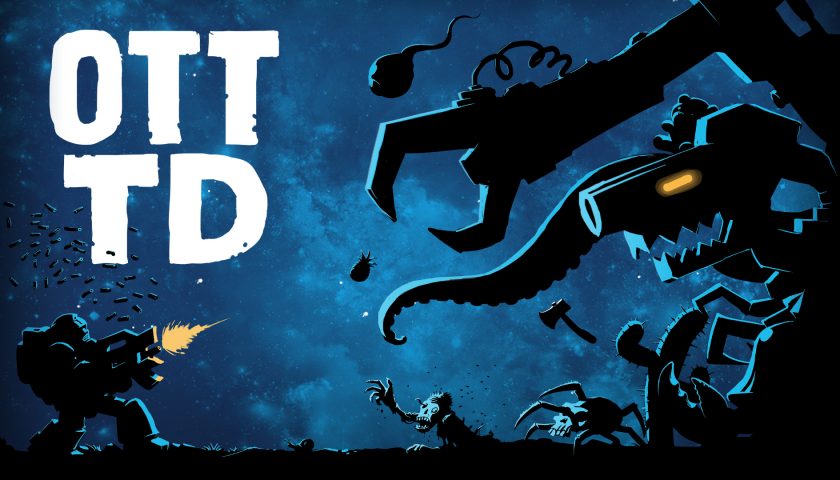 Traditionally, short-session games have been the domain of mobile phones.  Games that are played while commuting, while killing time at the kids’ events you don’t really have an interest in and sometimes, if we are all being honest, a nice little session while sitting on the toilet.  Over-The-Top Tower Defence (OTTTP) is one of those games that is built for short but sweet play sessions and the great news is that developers SMG Studio have now ported it over to the Nintendo Switch, so if you’re like me and shun mobile games because of your fat fingers blocking half the screen, you can play it in a whole new way.

There is always a strange feeling when you first play a game in a genre that you have yet to experience before.  Jumping into OTTTP, I thought I knew what I was getting in for.  Build towers, destroy enemies, rinse and repeat.  Where OTTTP changes things up is the character units and RPG elements it introduces to bring another level of depth to a game that would be challenging enough without them.  Do you go utilise an engineer to keep your turrets spewing death at your enemies, or do you bring in a trio of death-dealing soldiers that can help to wipe out the bigger targets?  The choice is all yours, as is how you spend the points and cash to upgrade your soldiers.  Fortunately, in this war of pre-emptive defence, there is no true death for your men, so you don’t have to worry about losing all of the skill points invested and gear upgrades that turn your men into better killing machines.

During your campaign to pre-emptively protect the Earth from other dimensions you will come across a whole menagerie of undead and aquatic themed cannon fodder for your towers to rip into shreds, and just to mix things up they all have different weaknesses, so a mixture of towers is a must for any successful operation.  You haven’t known true chaos until you are trying to stop waves of enemies assaulting your tower while a giant shark circles the air overhead raining death from above.  Yes, you read that right. A giant shark in the sky, a bigger boat just won’t do in this situation.

Despite the fun I had playing OTTTP, there is a noticeable grind if you want to max out your characters stats and upgrade all of their gear, however, it is not a requirement to beat the game.  Realistically, more often than not I was so consumed with switching around upgrading and repairing turrets that 95% of the time I didn’t utilise the soldiers and their special abilities as I just could not keep up.  That could just come down to my lack of experience with the tower defence genre and the chaos that OTTTP thrust upon me.

While it is not perfect, OTTTP is a solid game that will easily satisfy that taste for a short bit of action.  While some may not choose to really engage with the depth of RPG features in the game, I don’t feel it will impact your enjoyment or sense of accomplishment as you take the fight to the hordes to pre-emptively strike at threats and earn yourself a bit of coin at the same time. Go out there and embrace your inner Starship Trooper soldier.