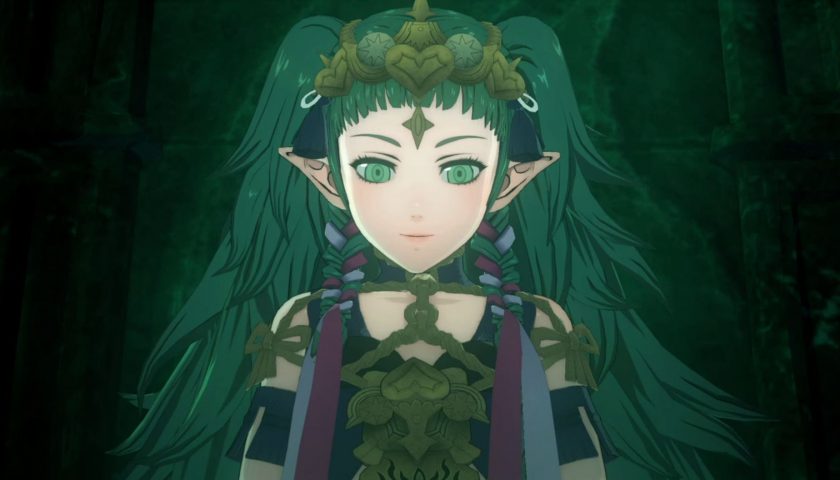 Fire Emblem: Three Houses is finally here, but it’s such a big game that we cannot cover it as comprehensively as it deserves if we were just to set one of our P2 writers on the task. So how about two then? Both Sarah and Paul are on the job to deliver their first impressions based upon their initial experiences with this new entry in the Fire Emblem franchise, via this conversational piece

Paul James: So Sarah, we’ve got a lot to discuss with relation to Fire Emblem: Three Houses, but before we can really dive into the finer details we need to deal with the elephant in the room? Which house did you choose to align with, and as a potential follow up, why did you not make the logical decision to join us at the Black Eagles?

Sarah Ellen: Because I was not in the mood to make a logical decision when playing Three Houses – I was in the mood to actually have a really good time. And the only way to have a good time is to frolic with the likes of the Golden Deer, my dear! And it has been an amazingly awesome run so far. Marianne and Lysithea are my two darlings who just need a good hug, and I can rely on Claude and Leonie and Hilda to just mess up EVERYTHING! Are there any characters that are standing out for you in Black Eagles so far?

PJ: It’s the strength of Edelgard that instantly swayed me. She has that Daenerys Targaryen, take no prisoners, well of self-motivation that instantly caught my attention. Beyond that, the diversity of the remainder of the team really appeals to me, from Bernadetta who is essentially afraid of the world, Hubert’s cocky way with which he carries himself, but then the drive of the likes of Dorothea who is the only “commoner” in the house, but has the desperation to be respected no matter her background. There’s a great contrast within the members of the team and it keeps the dynamic between them forever interesting. Onto the gameplay loop, by bringing in the school component, there are several new systems and mechanics that have been added. What’s tickling your fancy so far?

SE: I’m enjoying the professorial role, especially in the discovery of some of the students’ hidden talents. Having a percentage chance to upgrade character proficiencies that is further enhanced by your protagonist’s own expertise is intriguing. It is also encouraging me to consider my own training and how it will benefit my students. It does kind of suspend the disbelief that a young mercenary is somehow qualified to guide similarly-aged academy students – I am still struggling with that aspect of the narrative.

I think so many of these new mechanics compliment the old Fire Emblem flavour with a new Persona polish. I am already guilty of exploring the monastery for hours (fishing, gardening, talking, gifting), which satisfies my JRPG-grind appetite. And my exploration is rewarded with upgrading my professor level, which increases the number of activities that I can participate in each “exploration Sunday”. In spite of that, the calendar is encouraging me to give up those opportunities sometimes in order to battle or attend seminars to increase proficiencies. It’s lightly reminding us that we can’t do everything and grind easily like we did in Birthright!

Are there aspects of the old series that you are enjoying here, or missing? I know I am feeling the loss of the weapon triangle, despite the good work that Intelligent Systems has done in rebalancing the battles.

PJ: So as far as the calendar is concerned, like you, I’m a big fan of the options before me. Learning the strengths of my students, tailoring my content to those strengths and developing potential in dormant skills is certainly appealing to the actual teacher in me. This links into your point about the weapon triangle though; by giving the students more personality and defined areas of proficiency/deficiency, it makes sense in many ways to remove the weapon triangle, but it’s a feature I certainly miss. In my mind I’m still at the point where I’m wrestling with my preference of system, on the one hand, there’s more depth to the way things are now, but on the other, the simplicity of the triangle made combat more straight forward and was a great foil to every other system the past games boasted. Short version, I’m still a little torn, I certainly enjoy it, but I’m not sure where my heart resides at this stage.

I’m thoroughly enjoying Sundays; exploring the school and engaging in side-quests, a bit of fishing, cooking, etc is always a good use of your time, especially as you look to strengthen your relationships with staff and students. You alluded to the seminars earlier which are also a really wise use of your time, it’s just as important to develop your teaching as it is to develop your students’ learning. Stepping out on the battlefield is also an option, one that will always be a tempting option for those looking to grind some levels. There’s only one thing you can be sure I won’t do – take a day off, which is another option. Activity Points are an important thing to consider whatever the choice you make. What do you think of that system and where do you often find that you’re committing those points?

SE: Oh dear Holy buckets I have not taken a day off yet – I can’t see that the benefit outweighs the benefits of all of the other options. But when I go exploring, I always feel so hesitant about committing the points! Most of the time I want to commit to motivating my students in the first instance so that they can get the most out of individual instruction. Most of the time I have been sharing meals or choir practice first to maximise the number of students I can motivate. After that, I usually go for Faculty training (although I don’t really have a game plan for how I want my protagonist to progress). Also, it is so important to get your professor level up to get more activity points! I was sitting on about 3 or 4 activity points for quite a while until I really started exploring the monastery, fishing and gardening.

Aside from the motivation, there are many creative ways for increasing support levels between characters – while battles seem the most efficient (especially when you are trying to recruit from other houses), giving gifts and returning lost items has also been a nice compliment to this strategy. You can feel confident that you have a way to build support with students whether you choose to battle or explore, so it does not feel like you are missing out by choosing one option over another. Despite that, the game still does a good job with exacerbating my “FOMO” complex.

That’s what makes one part of the game a bit heartbreaking for me – I really struggle playing it in handheld mode. I want to take this game everywhere with me, and while battles and exploring are both completely fine to do, I have difficulty reading some of the text. Sure it is possible if you take your time, but wow this game is a glutton to the Switch’s battery too!

So, it’s probably a good time to close this one out. Sarah, we’ve both got dozens of hours of gameplay ahead of us. What are you looking for from Three Houses as you continue through the game?

SE: I am looking for a good balance of value and pacing from my first playthrough, as well as an incentive to go back and play the other routes once I have finished with Claude and his merry band of beautiful misfits. With the promise of DLC ahead, I am curious whether it will be necessary to purchase the Season Pass in order to feel motivated to complete the Black Eagle or Blue Lion paths.

It has been so awesome to chat about this game with you, Paul! See you after the timeskip!