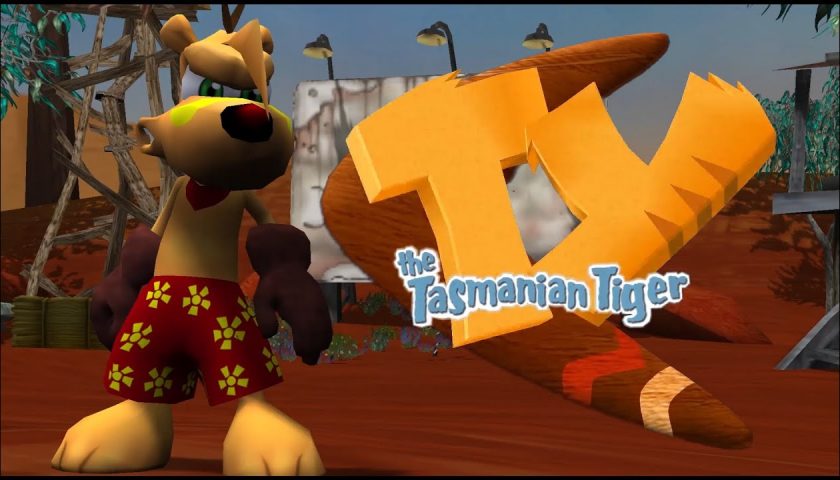 A Legendary Marsupial is Making the Switch

Back in the recesses of gaming history, there was a time when the platforming mascot ruled the roost. There were the kings like Mario and Sonic, the young upstarts like Crash and Spyro and the jesters like Rayman and Earthworm Jim. But here in Australia, for a brief 5 year period, we had our own mascot. A hero that took our sunburnt land by storm. A hero who drank tinnies of VB and wore Dunlop double pluggers. That hero was Ty the Tasmanian Tiger and the good news for all the Bruces and Sheilas out there is, he is coming back.

The original Ty game is something of an underappreciated classic from an era where we were flooded with high-quality 3D platformers. Developed in Australia by Krome studios the game was released on the Xbox, PS2 and Gamecube to an eager Aussie audience (and a slightly curious foreign audience that still believed in the power of Croc Dundee). The game was a big enough hit to have 2 sequels in short order, but then sadly, like many mascots of the era, Ty just faded away.

But then Krome (after closing and re-opening) managed to bring Ty back to PC with some cracking ports, getting fans salivating for some more dinky-di dingo action. The next step in Ty’s comeback plans has just been announced, with Krome starting a Kickstarter to fund a Switch port.  That means that Ty will be back where he belongs, not in shadowy recesses of Steam game libraries, but on shiny home TV (and portable) screens. There are a range of incentives for backers, from keys for the game all the way up to customised artworks and limited edition vinyl copies of the soundtrack so there is plenty to entice Ty fans to part with some dollreydoos. So if you would like to see this legend of the Aussie Outback make a console return you can head to Kickstarter, slapdown a redback and feel warm and fuzzy about bringing a fair-dinkum legend back to our idiot boxes.