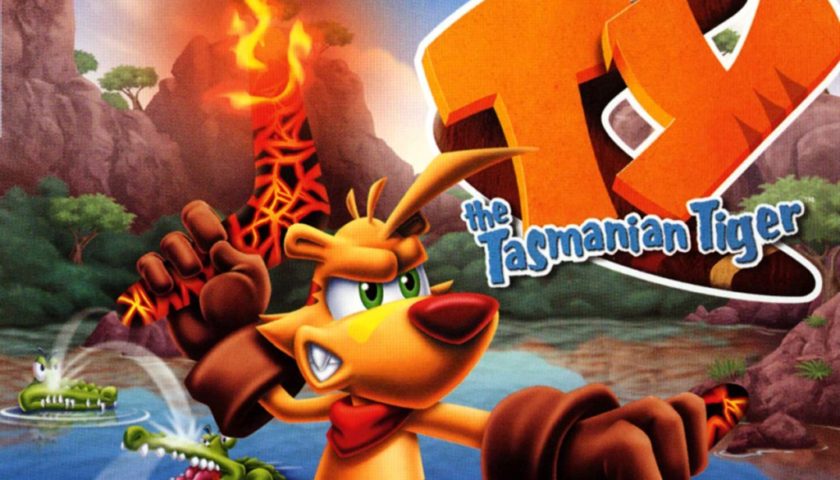 During the Xbox, PS2, Gamecube era I was firmly in the Xbox camp and while I loved that big ugly black box the system lacked a killer 3D platforming game. Nintendo had Mario, Playstation had Ratchet and the poor old Xbox was stuck with Blinx the “worst console mascot ever” Cat. Thankfully though, Australian studio Krome (who later went on to make the excellent “De Blob”) came to my rescue with the wonderfully Aussie multiplatform release Ty the Tasmanian Tiger. The game made no secret that it was out to copy the 3D Mario blueprint with big open levels that were accessed from a central hub area. Each level had multiple goals and collectibles that players needed to complete and collect to progress. What made Ty feel different though was the injection of Australiana that included upgradeable boomerangs as the main weapon, talking Australian fauna and levels based on iconic locations such as The Great Barrier Reef. I loved the game (and it’s two sequels) at the time but to be honest, as the years went on, I forgot about Ty and his ockka mates.

So it was with great surprise I read about Ty getting a PC re-release with updated graphics and a whole host of modern touches. This was something I had to get in on, so I slapped down $20 Dollars, grabbed my controller and dove into this classic platformer once again. What really surprised me though was how well the gameplay has held up and what a good job Krome have done bringing it into the modern era.

I have been playing the early access version of Ty off and on for a few weeks now and in that time there have been at least 5 patches. This tells me that the team at Krome is working hard to perfect the title before its full release. I must say though there can’t be much left to get right because to my eyes this is the most bug-free, feature complete early access game I have ever played. It cannot be far away from a full launch that is for sure.

The gameplay is the same classic platforming I remember from my younger days. Ty, the likable lead, can do just about everything expected of a title character in a 3D platformer. Jumping, swimming, gliding, it’s all there. The levels make good use of his movement abilities and offer lots of hidden secrets and collectibles for those with the dexterity to find them. For combat, Ty uses his trusty boomerangs and a powerful bite. The mixing of these two abilities is required for different enemies and there is a nice variety of bad guys to bash. Added to this solid combat is the different types of boomerangs that can be earned throughout the game. There are flaming ‘rangs, ice ‘rangs, exploding ‘rangs and even sniper ‘rangs. These different types of boomerangs not only gave me different options in combat but were also used to solve some of the game’s simple, yet strangely satisfying puzzles.

There are problems with Ty however and they are the same problems that were present in the original game. The camera is frustrating, insanely so at times, and I often found myself fighting against it to simply see where my next jump was going to take me. Also, the dialogue gets grating and cheesy after a while, especially when the characters all talk like a walking “Crocodile Dundee” cliché. However, these problems can be looked past for the entertaining gameplay that the rest of the game contains.

In all this is looking like a great re-release. The graphics have been upgraded nicely, the platforming is still entertaining and it all works wonderfully well on the PC. What Ty’s return has done has really highlighted the lack of quality 3D platform games at the moment. Apart from Ratchet and Clank, Ty is quite possibly the best 3D platforming option available without digging out an old console. So if you ever enjoyed Ty in the past, or you are looking for a platforming option on the PC you really should check out Ty. It is a wonderful version of a nearly forgotten gem that will hopefully lead to a new game in the franchise being released.