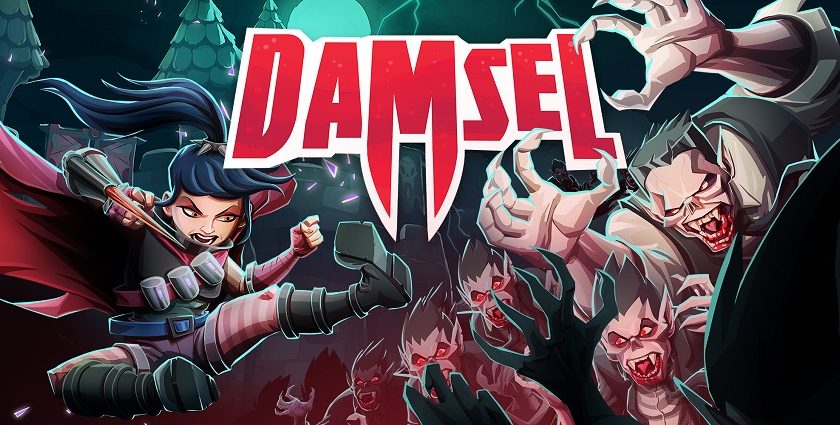 The Best Place to Find a Damsel is on the Switch

It is no secret that here at Player 2 we are pretty big fans of Screwtape Studios’ action platformer Damsel. We have reviewed it, played it and even interviewed developer Megan Summers not once, but twice. So why do we love it so much? Well, firstly it is a cracking Aussie made title that looks like a Marvel comic and plays smoother than the Best of Barry White on vinyl. Secondly, it is a true underdog story. Coming from an unsuccessful Kickstarter, the team at Screwtape still pushed on, releasing in early access and adding to the game until it became the slick piece of action platforming it is today.  Finally, Damsel is the sort of game that just doesn’t seem to exist any more, short-burst intense action with an almost Tony Hawk-like ability to encourage players to go for that perfect “run”. But now we have a new reason to love it and that is because it has finally found its perfect home, on that plucky little console that is taking over people’s lives everywhere. Damsel has made its way to the Switch and it is a match made in heaven.

You see this sort of short burst gameplay, even on the Switch, is something of a rarity. Usually, you can only find it on mobile games and then it is either ruined by endless microtransactions or just not very good. But with Damsel, you have a title that was born to be played in short 10-minute sessions, perfect for your morning commute, lunch break or, dare I say, trip to the little boys/girls room. Once you have played one or two levels you know how to play, it is something instantly ingrained into muscle memory. There is no period of readjustment when picking up the Switch after some time away from it. Just grab your console and start pogo-shotting vampires to your heart’s content.

The silky-smooth platforming is just a treat to play on the go and the Switch port is just as buttery as the original PC version. The thought of a dodgy port was pretty much the only reason the Switch version wasn’t going to be top-notch, but I am more than glad to say that isn’t the case. In fact, I would go so far to say as the Switch version is the best version to get.  With this sort of game, you want to be in and bashing bloodsuckers as soon as possible and the Switch allows for exactly that. No PC related hold-ups like Steam, Windows or updates to get in the way, just instant satisfying action for platforming fans everywhere.

So I implore you if you are looking for an on-the-go bit of action fun to fill up those empty minutes on the train, in the office lunchroom or on the loo than Damsel is perfect. It performs wonderfully on the Switch, is easy on the battery life and works beautifully as a pick-up-and-play title to give you a breather from what is going on around you. Don’t listen to the ranting nutter banging on about the return of Jesus in your carriage, shoot some vampires in the face with a shotgun instead. You won’t regret it.