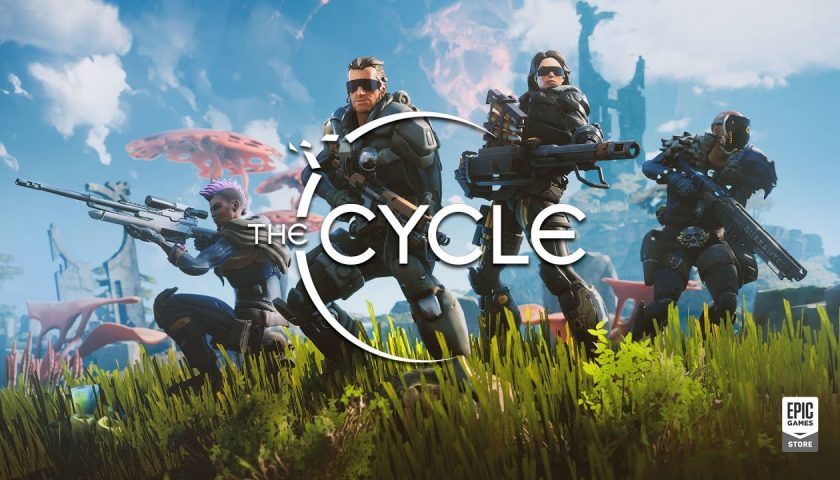 The Cycle – A New Spin on Multiplayer Shenanigans

After its drop into early access on the Epic Games Store during Gamescom, The Cycle has become a part of my regular gaming routine. It is a free-to-play title from Yager, the team behind the excellent Spec Ops: The Line, and it combines a host of different gameplay styles to create quite the unique experience. There is a dash of battle royal, a touch of COD, a pinch of Titanfall and even a sprinkle of Minecraft. This strange mix has created something that is tough to describe, but I am going to give it a crack anyway.

The basic setup is simple. You are a freelancer that sells your services to one of three corporations. These corporations send you to a world that has a 15-minute planetary cycle, where you have those 15 minutes to achieve the corporation’s goals before the surface becomes uninhabitable. While on the surface you are charged with a variety of objectives. Mining ore, powering up communication, hunting particular beasties and a host more. Once the world starts to become uninhabitable, a drop-ship is sent to a central point for evacuation. The catch? There are 19 other freelancers competing with you to do the same thing and the winner of each cycle (so that’s where they got the name from) is the person that achieves the most goals for the corporations.

As players complete objectives they raise their level of standing with their chosen corporation (which can be changed before each match) and get access to new weapon/gadget/consumable blueprints which can be crafted with items picked up in-game or won at the end of the match. The stroke of genius here is that all of these items, no matter how powerful, can’t be used in the game until you have earned enough money to buy them each session. Every player starts with a handgun and then earns money by killing monsters and completing objectives, that money can then be used to purchase one of the four unlocked guns, two gadgets or even a vehicle that make up a preselected loadout brought into the match. The cost of these items depends on their damage and effectiveness, so high powered rocket launchers cost a lot more than a simple SMG. This smart choice means that no matter how far along in the game players are, from beginners to long-time players, every match starts at an even playing field and players need to make smart choices about how they spend their money, especially early in the match.

The game actively discourages players from simply heading out into the arena and slaughtering the opposition in a few ways. Firstly the benefits of killing others are minimal score-wise. The second and perhaps more important means of discouraging too much PvP is the bounty system. If someone is considered too aggressive towards other players they get a bounty placed on them and are visible at all times on the map. The bounty is significant so it means there is a fairly large target placed on the offender’s back. The game further makes things a little gentler by giving every player what is essentially an extra life. If you can press the appropriate prompt while laying on the ground waiting for revival or destruction, you get transported back to where you started from with a chance to regen your health and shields. It is a smart system that allows players that extra chance if they make a mistake and does a lot to alleviate the frustration that is a fact of life for people starting out in battle royal titles.

Teamwork has a strong emphasis in The Cycle. The game gives you the option of playing solo, in pairs or in a team of four. Playing with three friends really is the best way to play but the game actively caters for those that can’t get a group together. In solo mode, you can offer friendship to other players in the game and actively become a team. Anyone in a team shares the spoils so you are always helping each other. All money earned and points scored are applied to the whole team so it really makes sense to form an alliance as early as possible in-game.

Watch The P2 Team Combine on The Cycle from Player2au on www.twitch.tv

With the title being in early access there are still a few issues with graphics and balances, but it is really surprising how stable the game is in its current form. The netcode seems to be rock solid and wait times are perfectly reasonable. The whole package is looking incredibly solid and I can’t wait to see where Yager takes The Cycle in the lead up to release. This is a unique title that looks to cater to just about everyone with its well thought out mechanics, smart levelling system and fair playing field. I strongly suggest downloading it as soon as possible, I don’t think you will regret it at all.