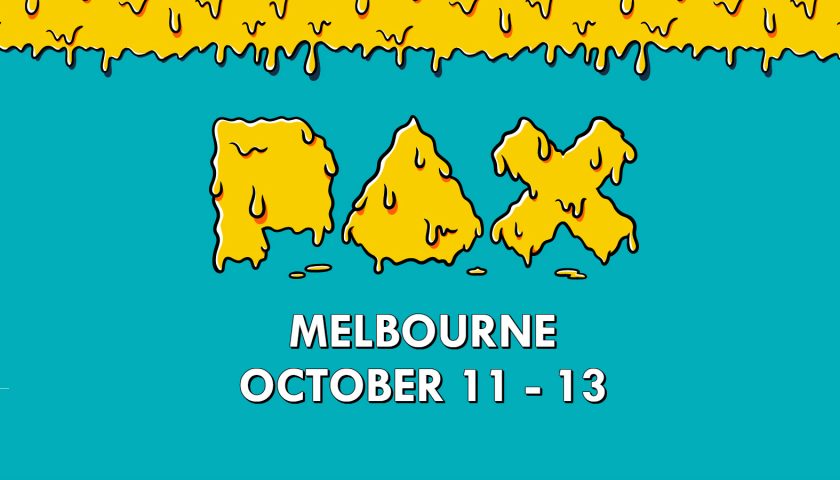 We have a talented crew here at Player 2, so talented in fact we are popping up in panels all weekend during this year’s PAX AUS convention. So to make it easy for you all here is a list of which panels the Player 2 team will be lending their brains too along with times and locations.

Sarah Ellen will be lending her new mum skills to the PAX Geek Parenting Forum. Starting at 12pm on Sunday in the Wombat Theatre. Here is the rundown:

For the sixth year running, our panel of PAX Aus parents will gather to discuss our experiences in raising the next generation of geeks, gamers, coders and storytellers.

Should you let your ten-year-old play Grand Theft Auto? Is your teen keen to launch their streaming career? How do you upgrade from dress-ups to Cosplay? What are the best boardgames for your eight-year-old? When is old enough to introduce Maker-Culture or learn coding?

Come along with your questions and stories about raising your own geek-lets, there will be lots of discussion. Kids welcome!

Matt Hewson is getting his smoking jacket, pipe and glass of brandy out to discuss video games and literature. The panel is called Page to Pixel: How Video Games Handle Adaptation. You are all welcome to join him at the Fruitbat Theatre on Friday at 11am to hear all about the following:

Hollywood doesn’t have a great track-record when it comes to churning out films based on popular video game properties. But how good is the games industry at adapting other entertainment mediums? What makes a good adaptation? What makes a bad adaptation? How did CD Projekt’s take on The Witcher compare to the source material? Does anyone remember that action game based on Dante’s Inferno? Join a panel of games journalists and more as we discuss these questions and try to pitch our own uber-niche video game adaptations to the crowd.

Paul James is getting his game show on with the entire Australian Gaming Podcast Network crew with the annual Party Mode panel in the Wombat Theatre at 630pm. Not sure what Party Mode is? Well….

Presented by the AGPN (Australian Gaming Podcast Network) Party Mode pits 4 teams of 3 podcast hosts from around Australia against each other in a video game battle royale.

Each team will play 3 rounds of games that are being showcased at PAX to decide who is the greatest team of all.

Hosted by Jack Kruse, prepare for the casserole of chaos that is PARTY MODE.

Finally, Hope Corrigan is in not one, but two separate panels. The first is called An Introvert’s Guide to Networking kicking off at 1030am on Friday in the Kookaburra Theatre.

Yeah, we’ve all heard it. It’s important to make real connections! Make sure you have business cards! Chat! Have fun! Go to this event! Go to that! It’s hard enough, but what if in reality you’d rather curl up into a ball under a table all day? We got you. Get tips on how you can brave the social storm as an introvert with our panel of introverted-but-look-we’re-here panelists. We’ll go through the dos and don’ts of proper “networking” and our own survival methods when it gets overwhelming.

The second panel sees Hope partaking in a live-action game of Vampire: Masquerade set in Melbourne. The panel is called Vampire: The Masquerade—Bloodlines 2 Presents: Melbourne By Night and looks like it will be something special with some amazing guests joining Hope in this live tabletop experience.

To celebrate the long-awaited Bloodlines 2 releasing next year, we’re proud to present a live game of Vampire: The Masquerade set in our very own Melbourne as seen through the lens of the World of Darkness.

Join a cast featuring Dora Litterell, Jess McDonell, Nic Healey & Hope Corrigan as they take on the role of Vampires navigating a heinous plot festering in Melbourne’s underbelly. Together, the Kindred must foil a threat to the Masquerade, all the while wrestling with their waning humanity and the constant pull of the Beast that now dwells inside them…

Lead by Storyteller Brian Holland from White Wolf, this event is a perfect introduction to the world of Vampire, as well as a must-see for all fans of the World of Darkness.