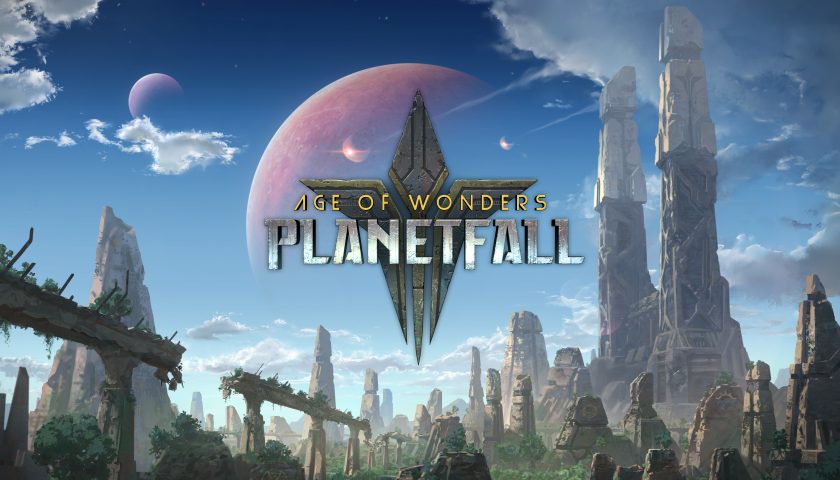 Age of Wonders: Planetfall has been a challenging game to examine. Mostly because it presupposes the type of person who would be able to extract the maximum amount of entertainment out of this game. This statement may make it seem we are tethering into the “fans of the genre” cliché. There is truth in that statement. Because depending on the type of person you are, and where you are in life at the moment, your mileage from this game will vary greatly.

Being the fifth instalment in the series, and being planted firmly in the 4X genre means the game assumes that players are minimally familiar with core concepts of Planetfall. There will be tech trees and units with movement limits. Players will have to expand their control of territory through exploration, force, and diplomacy. Planetfall remains faithful to these central pillars of the genre.

But where Planetfall excels is in the spaces in-between those pillars. By introducing several innovative elements that wrap around those core pillars, Planetfall creates a plump experience through deep and deliberate systems and offers an interesting perspective on the genre at large.

Imagine loading into a game of Planetfall… your primary ship lands on alien terrain and establishes itself as your homebase. The world is largely unexplored, except for the immediate surroundings. Everything else is greyed out with fog-of-war. You start with a handful of low-level units. You proceed to move them, unveiling new portions of the map as you do. So far, nothing out of the ordinary for this genre of games; everything is working as expected.

Then you receive a message – one of the game’s many factions require your assistance in clearing out some indigenous wildlife. Complete the task and get rewarded with resources as well as the esteem of your potential future ally. Fail, and your renown and standing with that faction drops (affecting future diplomatic endeavours). Your world map is now updated with a new objective marker, likely in a part of the map that you have not uncovered.

During each game, players are continuously given new missions and objectives littered throughout the map. This seemingly small addition has the intended effect of encouraging wider exploration, to take extra time to exist in the world and become familiar with it, and to take a longer, more scenic path toward victory.

The use of side missions is just one example of how Planetfall plays around the generally accepted conventions of the genre. The game continues to add extra flavour by playing around with and reframing other accepted conventions that help separate it from the pack. Sectors of the map have more explicit characteristics, which directs some of the research players will need to maximise the benefits of. Sectors and colonies have much clearer defined factional ownership, which impacts on the diplomatic aspect of the game. Players may need open borders to access campaign objectives or side missions. Players can research and enact Doctrines and Operations, which are passive and active boosters that guide, aid, and support the implementation of their elected grand strategy.

There is a rich variety of ideas and refinements that wrap around the core pillars of the 4X genre and fills in those spaces to give Planetfall high levels of depth.

Planetfall is not without its problems, however. From a technical perspective, there was not anything to contend with. Even on my five-year-old computer, there were no perceivable glitches or slowdowns. There were no notable issues with audio and graphics either.

There are two main challenges with the game, one being an indicative symptom of the other.

Combat is one of the central genre pillars that Planetfall plays around with. In addition to the usual means of automated combat resolution (using whatever means to calculate the odds of victory with modifiers and random number generators), players can alternatively choose to take direct manual control over their troops in battle. The game transitions from a grand world map down to a tactical level, and players engage in turn-based combat (XCOM being the immediate and easiest comparison to make). Players use the units’ assigned action points in turns to determine movement, attack, and special abilities.

At first glance, manual combat resolution provides players with the option for fine and granular control over the outcome of each and every skirmish and battle. But this option quickly becomes tiresome and onerous. Players can create armies that consist of a mix of heroes, infantry, mechanised, air and naval units (up to six in an army). Players can send up to six armies per battle; every one of units can be controlled manually. Having to control up to a maximum of 36 units in slow, plodding turn-based tactical battle gets very burdensome very quickly.

This first issue is indicative of a broader challenge with the game, wherein there are just numerous systems layered on top of other systems – combat is affected by Operations, which are acquired through research, that is bolstered by maximising colony attributes, that are impacted by Doctrines which are also research-dependent, and so on… Every system intertwines with other systems, and much of Planetfall’s proposition is that players spend as much time unpacking those systems in order to gain mastery over it.

It is an odd complaint to suggest that a game has too much depth. But Planetfall only begins to pay off after a significant level of time and effort. Players have to keep digging and digging in order to gain even a basic grasp of the game. It is like you have been given a shovel and told to just keep going; it often feels more like work than play.

Planetfall ultimately presupposes the type of player that would get into this game. And perhaps being the fifth game in the series, it knows its audience well and understands what appeals to this cohort. It understands the conventions of the genre and offers ideas on how to both separate it from the pack, as well as to refresh tired old approaches. Therefore, “fans of the genre” feels less like a concession but an acknowledgement of the audience this game appeals most to. For everyone else, it might be a laborious grind.