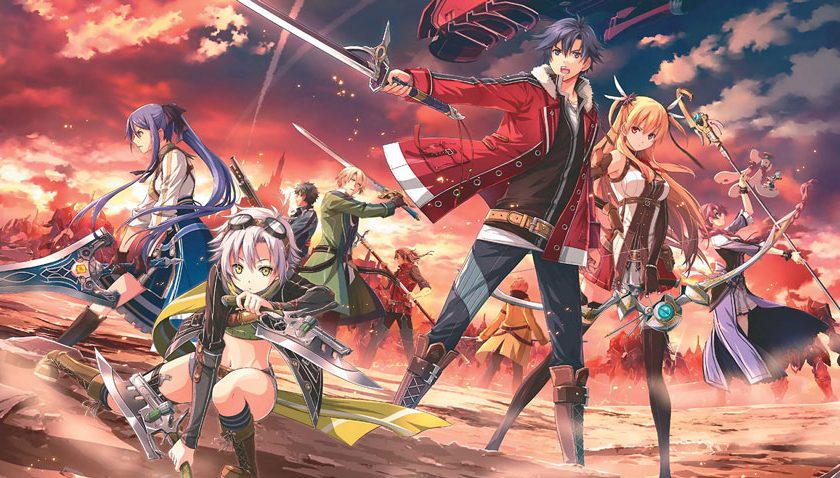 Trails of Cold Steel – A Race Against Time

Apologies in advance to Player2 readers but this article is not focused on the newly released Falcom JPRG Trails of Cold Steel III which launched in Australia on October 29th. Instead, I’m plugging away at its direct predecessor which has been atop my pile of shame for over 3 years now, firstly as a PS3 and Vita title before shifting to the PS4 earlier this year in ‘remastered’ form. Although I made it a few hours ‘Cross-playing’ between the PS3 and Vita versions, many other titles and a lack of free time saw it fall off my radar for quite a while.

Whilst I’d preordered a physical a copy of Trails of Cold Steel III, I was also fortunate enough to receive a review code from US publisher NISA, whose email brought me both elation and formed a pit at the bottom of my stomach as I faced the impossible task of completing Trails of Cold Steel II in an extremely short amount of time, one which I’ve failed miserably. With 40 hours done and at least another 10 to go, it’s safe to say that my ToCS3 coverage will take a little longer to surface. Aside from NISA PR, nobody is more disappointed about this than me, given how much I’ve raved on about the ToCS series over the years to anybody who will listen (and those who are too polite to tell me to bugger off).

However, in lieu of a review for now I felt it necessary to make it clear for those who have not jumped aboard the ToCS train yet that Trails of Cold Steel III is both the latest entry in the series for the west and – much like Yakuza 0 was – a sort of jumping in point, despite the prominent ‘3’ in the title. Solely developed for the PlayStation 4, not only does ToCS3 receive a graphical and performance boost over previous titles, it also summarises the events of the 120+ hours that the first two games would otherwise demand of players. There is an argument to be made that by missing the first two Cold Steel games, as well as its predecessor the Trails in the Sky triolgy and Japan only duology Zero no Kiseki and Ao no Kiseki that newcomers won’t appreciate the events of ToCS3 as much, which is certainly a reasonable viewpoint. However, not experiencing the series at all would be a far worse outcome in my mind, especially as NISA is going so far as to give Australia a physical release for this version, which didn’t happen for the Vita version of ToCS2 or either of the remastered releases.

Furthermore, a generous ToCS3 demo is available to download for PlayStation 4 which features the Prologue chapter and will carry over save data to the full release, alongside all the required reading to catch up anybody diving in for the first time. With over 100 hours invested between the first two titles, while it’s too late for me to skip ahead, JRPG fans who are increasingly feeling a lack of free time might be best served to take this route or risk missing out on one of the most enjoyable JRPG series I’ve played this generation.