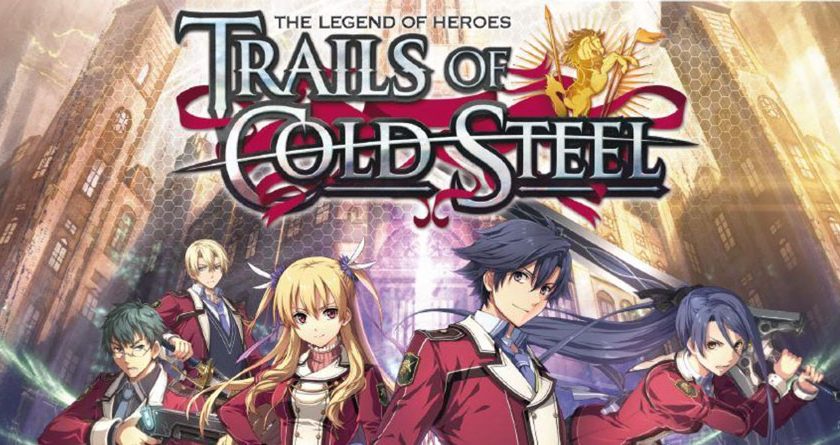 Don’t Miss Trails of Cold Steel – Out Today On PS4

Good things come to those who wait, as the saying goes. For anybody who has thus far slept on the Trails of Cold Steel series, the phrase couldn’t ring truer with its definitive console version launching in Australia today exclusively for the PlayStation 4.

Developed by Nihon Falcom (creators of Ys) and published in the west by Marvelous, Trails of Cold Steel originally released in Japan for the Vita and PlayStation 3 back in 2013 with an English localisation coming two years later in 2015. The game was met with high praise and deservedly so – unlike many other JRPG’s of the period, it directly responded to the success of Persona 3 & 4 by borrowing elements like a school setting and Social Links whilst trading Jungian philosophy for high fantasy political intrigue. A cast of likeable characters, flexible battle system and an engaging plot that doesn’t overstay its welcome are all highlights of the game for me personally and easily justify the 80 hours I’ve put in across two playthroughs – that’s right Persona 5 fans, you CAN finish a JRPG twice in under 80 hours, on hard mode no less.

Having spent the majority of my time in Trails of Cold Steel on the Vita (with some PS3 dabbling), I was keen to see what a difference this PS4 port could make to an already stellar game. Running on a PS4 Pro, Trails of Cold Steel is presented in 4K resolution with 60 frames per second, the latter of which absolutely blows both the PS3 and Vita version especially out of the water. The visual design which is crisp, colourful and bright is only slightly marred by textures and environments that betray the titles age somewhat. On a base PS4 the resolution caps at 1080p but maintains 60fps which, as far as I’m concerned, is one of the major selling points of this particular port. This fluidity makes the world of Erebonia feel more alive and I’m noticing subtle effects like falling leaves that were lost on me when playing the Vita version.

Outside of visual presentation, there have been notable audio improvements with thousands more voiced English lines included alongside the Japanese language track which wasn’t available on PS3 or Vita outside of Japan. Unlike some other JRPG’s, I’ve found the English voice track for Trails of Cold Steel to be of great quality and well worth keeping on, so I see the Japanese language track here as a nice bonus rather than an essential item. The team at Nihon Falcom are often praised for their soundtrack work and Trails of Cold Steel maintains this lofty reputation with an OST that enhances the atmosphere of the game and a battle theme that doesn’t wear out it’s welcome a few hours in.

Gameplay wise, there are added elements to this port which radically improve player experience, especially for anyone planning multiple completion runs. Firstly, every piece of DLC released for Trails of Cold Steel is on-disc, including costumes and items which will assist greatly in the early game. Topping this off, it’s extremely easy to import a save from the Vita or PS3 version using Sony’s Cross-Play functionality – transferring my New Game Plus save to the PS4 from my Vita took less than 5 minutes and was virtually seamless, encouraging me into a cheeky third round with added bonuses on top as a reward. What really pushes this prospect over the edge though is the addition of Turbo Mode which doubles game speed and quadruples battle speed – using this feature, it’s entirely possible I could complete the game in 15 hours or less and still have a blast doing it. Outside of one area early in the game, Trails of Cold Steel readily supports a rapid approach alongside more methodical playthroughs for those looking to immerse themselves in the rich setting on offer. For the trophy obsessed, this release shares the same list as the PS3 and Vita versions which may disappoint some looking for a way to boost their trophy level. Personally, I find it a feature that makes it much more likely I’ll eventually get the Platinum trophy at some point.

There are very few JRPG’s which I have had the urge to complete twice, let alone start a third playthrough. I’m glad to say that Trails of Cold Steel on PS4 is the definitive console version of one of the best JRPG’s from the seventh generation and is well worth the time and money of almost every JRPG fan who owns the system. With confirmation that both Trails of Cold Steel II and III will release in Australia during 2019, now is the perfect time to make a start on the series.

Trails of Cold Steel is available to purchase in Australia through the PSN store. For a physical version, head to ozgameshop.com