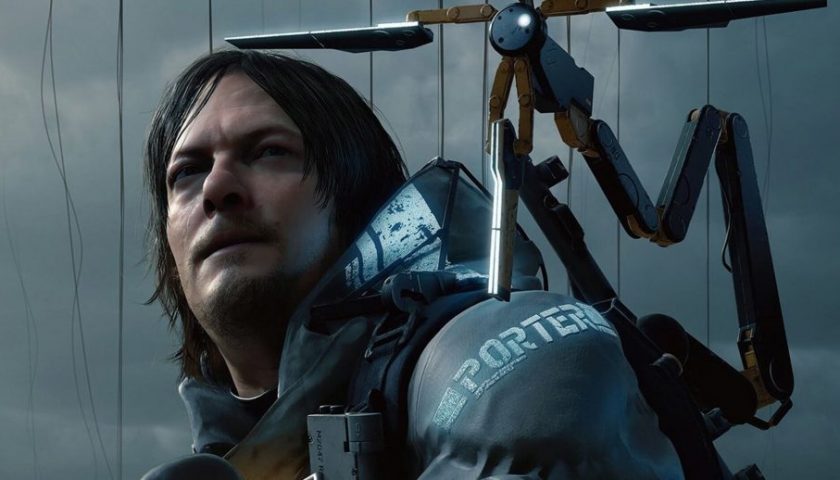 *This article contains spoilers regarding the ways that players connect in Death Stranding. No story spoilers are revealed. If you would rather discover these things yourself, please be warned. You can read part 1 of this article here:*

It’s all about resources – metals, chiral crystals and ceramics. In order to 3D print large structures, these main resources are required in large numbers. Just to print a section of new road takes hundreds of each. Finding them is not too difficult, it’s just time-consuming. Resources are generally plentiful as you explore and scan your surroundings. However, they are heavy and you have to really be in farming mode – with everything non-essential stored in a private locker – to be in a position to collect them and carry them back to the construction base. If no one does this, roads won’t get built – it’s as simple as that. Thankfully, a lot of people seem to enjoy doing this, and I have a story that illustrates just how impactful such player connections can be on how you experience Death Stranding.

It’s best to be vague when writing about Death Stranding, so I won’t get too specific about the mission itself, only that it required me to travel from the nested safety of a city to an elevated small settlement to bring it into the chiral network. I had access to some new equipment and weapons, which I will only mention as necessary.

This part of the game also involved going deep into MULE territory, so deep that I had to get to the post box inside their large camp. These bastards set up electronic gates that ping your intrusion if you’re carrying any cargo. As soon as you step inside their territory, they are usually heading your way, or at the very least on high alert. I was feeling cocky, though, as I had a nice new bola gun to play with. What I wasn’t expecting was the twenty or so assholes brandishing electronic spears. They’re bloody good shots, too.

I gave up on stealth and just ran into the middle of the camp, which of course drew them all to me. The next six minutes devolved into a comical chase around the camp as I desperately tried to thin them out. I managed to break their line of sight by weaving into a few of their buildings, which then allowed me to turn around and take half a dozen out with hand-to-hand combat (read: spamming the crap out of the Square button). Rinse and repeat a few times and Sam was absolutely exhausted, his Monster Energy Drink-fuelled stamina depleted. He stood there panting, hands on his knees for a little while. But I knew that the MULEs would get back up shortly, so I had to force him to move slowly to the post box and steal what I had come for. My gaze then turned to the now vacant MULE truck, which had a rather decent battery life on it and made my traversal towards a second destination quite easy and fun.

That is where I left the game for the night. When I went to play next day, with the return journey ahead of me, I groaned a little bit as I just knew I would need to go back through that encampment area. I’d abandoned the truck somewhere – I got a little distracted and lost, causing it to run flat. But something magical had happened. Where the previous day there had been the open yet hostile landscape, now a floating highway had appeared, black tendrils dripping down to the MULE NPCs below. And the best thing was this newly formed road completely bypassed their territory!

With glee, I rode onto the highway and felt laughter bubble up as I drove above the MULES who, unable to comprehend my ability to float over them on a player-made structure, madly milled about my general location, bleating like offended goats. My return journey took just moments, with zero hassle. In a way, it was cheating, but had I not already paid my dues? Was I not entitled to enjoy the labour of others. After all, the road was clearly meant to be enjoyed by all.

I used that road a few times, each time smiling at how cool it was that the entire experience of the game could change thanks to the diligent work of a server full of generous players. It’s this positivity that I love most about Death Stranding. Amongst all the darkness, players themselves are providing the light. They are literally paving the way, forging paths through this inhospitable landscape. By pure force of will, we are bending it to fit our desire to conquer the tyranny of geography.

I look forward to forging ahead in my journey. There is much to discover and much to conquer. Most of all, I look forward to more moments like what I’ve just described, when player influence drives a personal story that deviates from expectations. Death Stranding is just wonderful and quite probably my game of the year.

*A review code for Death Stranding was provided by Sony*

If you would like to read more on Dylan’s thoughts about Death Stranding, you can do so here: