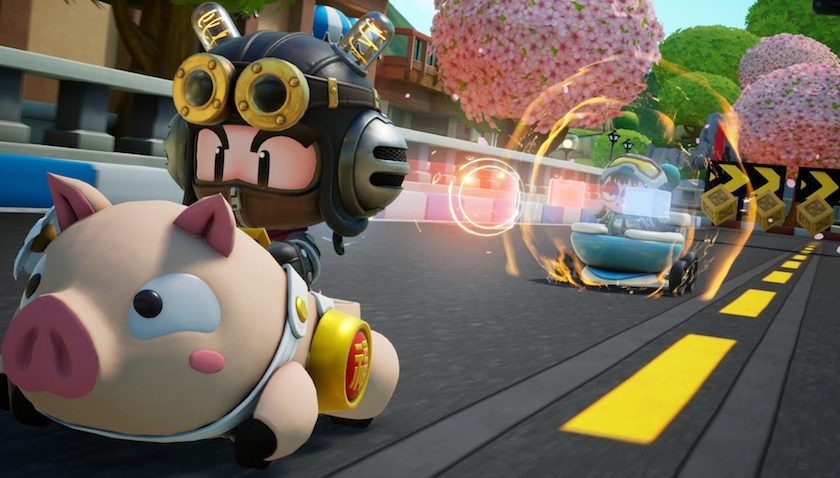 Announced for a worldwide release at Microsofts XO19 event, KartRider: Drift is developer Nexon’s follow-up title to their wildly successful game KartRider which has maintained popularity in Korea, China and Taiwan for over a decade. While there have been limited international releases outside of these markets, Nexon have decided to overhaul the game completely in preparation for a global console launch on the Xbox One in 2020. Matt Hewson was given the opportunity to talk to the KartRider Drift Development Team and find out how they plan to ensure the series faces a warm reception from Xbox players.

Matt Hewson: Firstly, KartRider has clearly been a huge success in South Korea and parts of Asia, yet it hasn’t broken out elsewhere. What is it about KartRider: Drift that you feel will be the key to breaking into the west?

The first is the introduction of the latest technology for Xbox. KartRider: Drift is designed for Xbox One X, the most powerful console in existence, so players can experience the ultimate immersion with True 4K, HDR and Spatial Audio support, which is not found in traditional casual racing games.

Secondly, in Kartrider: Drift, players will be able to express their personality in a number of ways. This includes customizing characters with different skins, and emotes to show off different emotions and offering nearly endless customization options for karts.

Third, is global matchmaking. KartRider: Drift is a game with low language and cultural barriers. Once global matchmaking is introduced, it will make it easy to play and compete with global players with similar skills.

MH: There are obviously some stiff, mascot-based competitors in the Kart racing genre, how does KartRider: Drift overcome that instant brand recognition that the other racers enjoy?

KRDT: The breadth of options helps to overcome that. KartRider: Drift touts many different customization tools as well as the intense competitive drifting available in Speed Mode. For instance, Speed Mode strips away the RNG item system and focuses on the essence of KartRider: Drift  – skill-based racing.

While KartRider: Drift offers the fun of competitive kart racing, it gives players the option to try different modes depending on their preference. Not only that but KartRider: Drift is the only free-to-play kart racer in the market.

MH: KartRider has a huge esports community of pro and semi-pro players, are there systems in place to avoid scaring off those new to the game?

KRDT: Our goal will be for match-making to be balanced based on skill level once it is introduced. As far as skill-based matchmaking goes, this will be something that we are constantly tweaking based on player feedback.

MH: With a big splash during the X019 presentation, KartRider: Drift entered the consciousness of many players for the first time. How has your partnership with Microsoft helped with both the development and exposure of KartRider: Drift?

KRDT: Microsoft is an excellent partner. They’re providing us with abundant feedback and support for the KartRider: Drift launch. They’re supporting us through events like X019 to allow greater visibility around KartRider: Drift and they are also providing us with support from their world’s best Usability Lab, to help us develop a more polished game.

MH: Being a free-to-play game there is the obvious question from many, how much of the game is available to non-paying players? Are their loot boxes? Is it pay-to-win? Essentially how does monetization work in-game?

KRDT: Yes, KartRider: Drift will be free-to-play and will not feature any pay-to-win systems to create a fair, accessible game for all of our players. More will be shared as we get closer to launch.

MH: Are there plans to bring the esports competitions for KartRider to the west? Do you see it making an impact in an increasingly crowded space?

MH: Finally, being an Australian Website we had to ask. Will there be an Australian server set up for the game? Will it be running on local Azure servers or your own hardware?

KRDT: We plan to provide a gameplay environment where players from all over the world can play without any inconveniences. We are collecting data through the recent Closed Beta and future rounds of tests and plan to continuously add servers accordingly.

KartRider: Drift will release worldwide for Xbox One and PC in 2020.